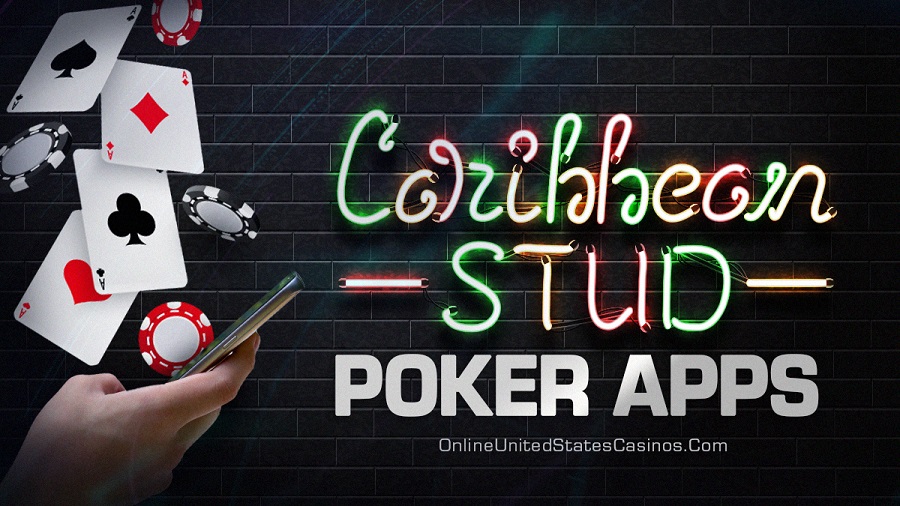 Poker is likely the most famous social card game around and the one most beloved by hard-core gamblers everywhere. That is so because it is one of skill, where players get to pit their expertise and betting prowess against others of similar ilk. Hence, laypeople sometimes get confused regarding why poker is available on casino floors when it is not a player vs. dealer game. The thing with that is, such gaming products are not traditional poker. They are casino poker variants. In other words, they are table games similar to blackjack or baccarat that utilize poker’s hand-ranking system.

One of the most established casino poker variants is undoubtedly Caribbean Stud. Its origins remain somewhat muddy, though the ruling school of thought is that it got birthed in the early-1980s and that it is the invention of poker professional David Sklansky, who labeled it as Casino Poker. The chief reason for the popularity of Caribbean stud poker options online and at brick-and-mortar locales is that its tables often offer a progressive jackpot prize, usually for those that manage to form a Royal Flush. Today, thanks to the miracles of modern technology, anyone can play this unique gambling pick anywhere at any time via Caribbean poker apps for fun or real money. We list what many believe are the five best choices below.

Blue Win Studio is an Android app developer that has been actively churning out game software since August 2018. So far, they have managed to create twenty-two applications, primarily focusing on Poker variations like Crazy Four Poker, Vegas Three Card Rummy, Pai Gow Poker, and High Card Flush. They released their Caribbean Stud version in September of 2018, and it has amassed over ten thousand downloads on Google Play to date while boasting an average rating of 4.29. Its graphics are rudimentary, but its interface is clean, and the action moves fast here.

Megawin Studios got founded in 2015, and similar to Blue Win, they also put all their chips on for fun gambling apps. They have six of these products in their portfolio, with their Three Card Poker and Mississippi Stud versions ranking the highest from their batch of six. The Megawin Caribbean Stud app came out in January 2018, and it features an average rating of 3.93, from ten thousand installs. Visually, this app looks better than the Blue Win one, but its gameplay is virtually identical. It offers a 5+1 bonus and incorporates forty-two achievements that can get unlocked.

Casino BlackJack Roulette Slot Poker Game Studio is another Android developer that utilizes a similar tactic to Megawin, going all out on the casino gambling genre. All their products have a gaming theme, covering many of the games available on Vegas floors, including ones that are more typical for low-end spots, like FanTan and SicBo. Their Caribbean Stud variation debuted on Google Play in July 2015. It did not garner massive attention or rave reviews, as, during its seven-year existence, it produced only five thousand downloads. Nevertheless, its gameplay is comparable to the other mentioned options, even if its presentation is underwhelming.

25-in-1 Casino is a for-fun gaming app by MediaLab Entertainment, the creators of Casino Blackjack and Roluette+. It is one of the older games on Google Play, arriving on this platform in 2011, maintaining its popularity through frequent updates. At writing, it has a 4.14 rating with over a million installs. Naturally, most of these downloads come from people that love the other gaming options this product offers, slot machines, blackjack, baccarat, and keno. They are not from those crazy about Caribbean Stud. Despite its age, 25-in-1 Casino still holds up, as its mix of decent graphics, smooth gameplay, and authentic odds plays its role in reeling hordes of players into its digital lobby.

Riverboats have long gotten used as a way to circumvent gambling laws. They were particularly renowned in the South of the US and still are, as the Mississippi Delta used to be notorious for its riverboats that hosted gambling games. Riverboat gambler implements some southern magic by infusing it with banjo music and forty-seven casino games. There are over a dozen casino poker variants in this app, with each card game utilizing the same interface and deck. Riverboat Gambler features a file size of 46 MB, and it gets mainly positive reviews (average rating 4.53).

All the pieces of software highlighted above utilize fun chips and can only get played for entertainment. The Las Atlantis online casino app is a quality pick for those looking for real money action. It features a robust game library that includes Caribbean Stud.