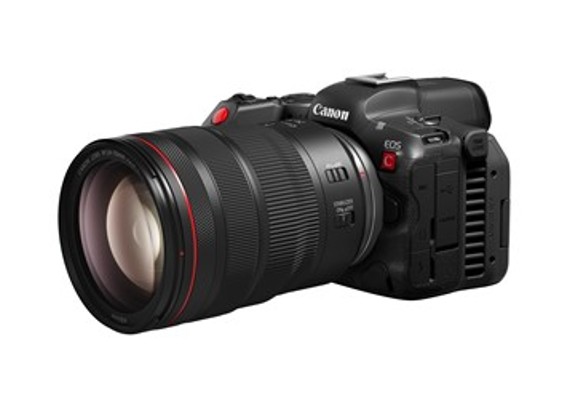 Canon announced the launch of several new products which include a camera of 8K resolution. A nice feature here is that a simple switch allows the Canon EOS R5 C to perform as a still camera having a similar performance as that of the EOS R5 mirrorless camera or that the Cinema EOS System Quality.

At its core, the EOS R5 C features a DIGIC X image processor capable of internal recording of 8K/30P RAW video, which goes up to 8K/60P RAW video when connected to an external power source. The camera otherwise comes with the Canon full-frame CMOS sensor that comes with 45 million effective pixels. Also, a nice thing here is that the EOS R5 C comes in a lightweight compact body that weighs just 680 grams.

Canon said the EOS R5 C camera is all set to be available starting April and will be priced Rs. 3,99,900.

Canon also took the opportunity to launch two new lenses – the RF800 and RF1200 that would be compatible with its cameras. Both the lenses come in a vibration and shock-proof structure that is dust and drip resistant. This ensures there are the least chances of dust or moisture entering the lenses. Also, weighing a shade above 3 kilos, the lenses feature a highly durable body that makes it fit for almost any sort of usage in all conditions.

Here are more technical specifications of the two lenses.