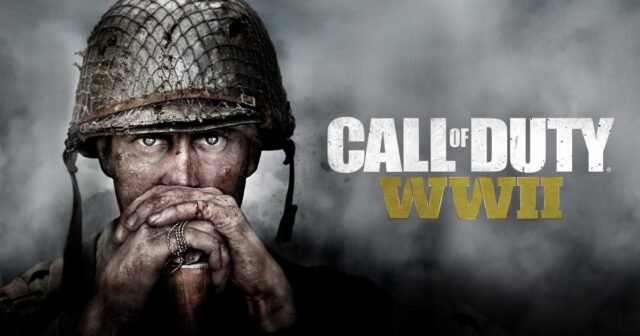 The Call of Duty series is back with a new version slated to be launched late in the year. Dubbed as Call of Duty: WW2, the game will mark a return of sorts to the roots of the franchise, that of infantry level warfare where foot soldiers would be making through the rigors of the battlefield against all odds.

The latest iteration which is slated for a release on November 3 comes on the back of Call of Duty: Infinite Warfare which wasn’t as much of a success as other games in the COD franchise. Activision is hoping to change that with the latest version now where you get to fight out at the level of a foot soldier.

Also, as one would have figured out by now, the game is set against the backdrop of World War II. Missions would range from the D-Day beach landings to the Battle of the Bulge. The game has been in development for two years now with Sledgehammer Games who are in charge of the 2017 edition of the Call of Duty series.

Further, with it being back to the ‘boots on the ground’ theme that the game would be centered around, you as a player will be part of a group of soldiers tasked with specific missions as the bigger battle unfolds. Activision confirmed the upcoming version will introduce news ways the soldiers can interact and socialize with them as they bond together to take on a common enemy.

There will be a standalone mode as well where you will be fighting solo while trailing the US 1st Infantry Division. The games will take you through some of the most iconic locations in Europe that witnessed the bloodiest battles during the height of the war.

In fact, what makes the solo campaigns all the more interesting is the sheer number of characters that you get to emulate. So from the relatively inexperienced Private Daniels to even a woman fighting in French Resistance, you get to relive those harrowing days when humanity was on the brink of disaster against fascist forces.

Publisher Activision has released a new video for Call of Duty: WW2 that shows the game’s developers sharing insights about their “vision” for the upcoming COD title. The video also showcases some of the research that has gone into the game’s development. For this Activision took help of Martin Morgan, a World War II author and historian, to ensure the game is factually accurate. Check out the video below:

So if all the above seems tempting above, you can pre-order your copy right away. As a bonus for those who pre-order are entitled to the Call of Duty: WW2 beta release. Else, you will have to wait until November to get your hands on the game. Then again, PS4 owners would be getting the title a month in advance.