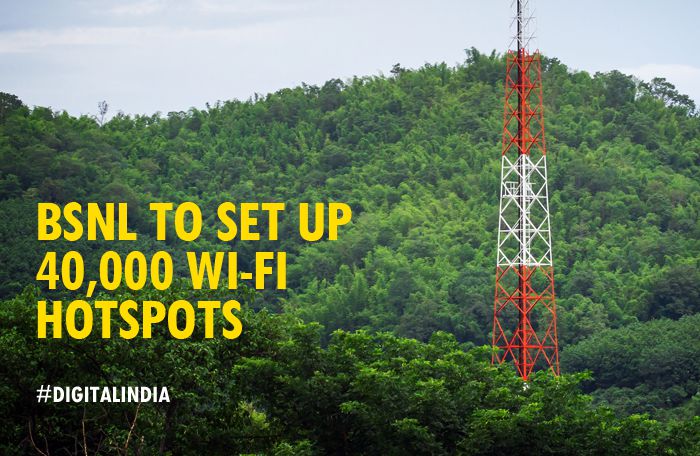 Telecom operator Bharat Sanchar Nigam Limited is all set to launch WiFi Hotspots important localities in the city which includes Rajwada, MY hospital, Khajrana Temple, Airport, C-21 Mall and 56 Dukan. The 40 existing BTS or Base Transceiver Station will be replaced by 55 new 3G BTS to deal with the network problem.

In the ongoing preparation for the Simhastha Kumbh warrants the company to create 250 network access points before March. These points were suggested by 13 Member of Parliament who came together and talked about network problems of their areas in a meeting organized by Madhya Pradesh telecom circle of BSNL on Monday.

Anupam Shrivastava, BSNL chairman and managing director informed media persons that more than Rs 1000 crore has been envisaged for the West zone states including MP, Maharashtra, Gujarat, and Chhattisgarh. Of these Rs, 232 crores have already been spent on the work.

Shrivastava added that neither is BSNL a 4G operator nor does it have a spectrum butt said that its Wi-Fi system that used the landline and optical fiber will be much better than the 4G data speed. BSNL has already installed 500 WiFi hotspots at 200 places of the country and this year, and it is expected to go up to 2500 WiFi Hotspots and in a couple of years could reach 40,000.

The Wi-Fi facility will be free in the beginning, but customers will pay after some time. Mr. Shrivastava was straight forward on the question of call drops and said that the problem was not different from other operators like Airtel, Reliance, and Vodafone.