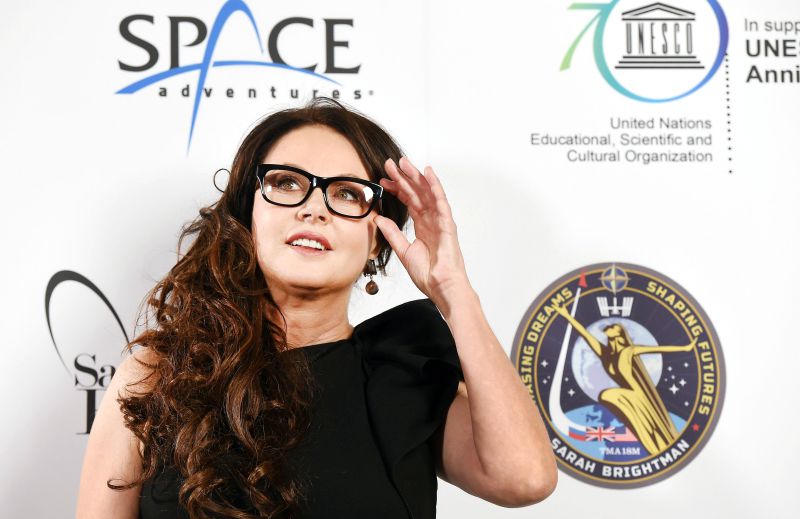 Star City, Russia – British singer Sarah Brightman has called off her plans to take a flight to the International Space Station. According to the singer, she had to call off the tourist visit to the station owing to family reasons.

The singer was supposed to ride the Russian Soyuz Capsule and stay on the station for around ten days.

It is not easy to visit and stay on the International Space Station. The ride to the ISS also requires you special training that is why the British soprano, was undergoing training in the Star City of Russia from January 2015.

She was to stay for around ten days on the station. The ISS is a $100bn research laboratory that is placed around 260 miles above our planet.

According to Space Adventures, the private US travel agency that has arranged this expedition for Brightman, the singer was to pay around $52m for this ride to the ISS.

The singer has made a statement on her Facebook page that she had to change her intentions of going to the ISS due to personal family problems.

She still is hopeful that she will be visiting the ISS sooner, however right now she is postponing her flight plans as well as her cosmonaut training, said her Facebook page.

It is not the first time a civilian is making the visit to the tourist station. Brightman would have been the eighth tourist to pay a visit to the ISS.

Charles Simonyi, a co-founder of Microsoft Corp has already visited the station twice. The ISS is a project carried out by 15 nations out of which the US and Russia are the leading countries. Satoshi Takmatsu, a Japanese entrepreneur, has been undergoing training as the backup for Brightman and is now expected to take her seat.

Although there has been no comment from Space Adventures regarding this new development, Satoshi is currently in a position to make a trip to the ISS.