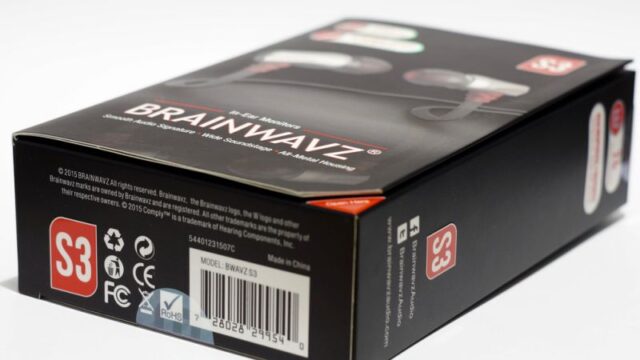 Brainwavz recently launched the S3 IEM Noise Isolating Earphones in the Indian market. The Hong Kong-based audio solutions manufacturer offers great insight of the product on their website as well as in the product catalogue.

Brainwavz has high expectations from this medium range earphone which is priced at $79.50 in the US and Rs. 5,000 in India.

The Brainwavz S3 IEM has a frequency range of 16-22,000 Hz so it’s good for your pet elephant and dog as well. The ear gear is sensitive to sound as low as 96 dB, comes with a 3.5 mm gold plated audio plug. Let’s get started with the review. 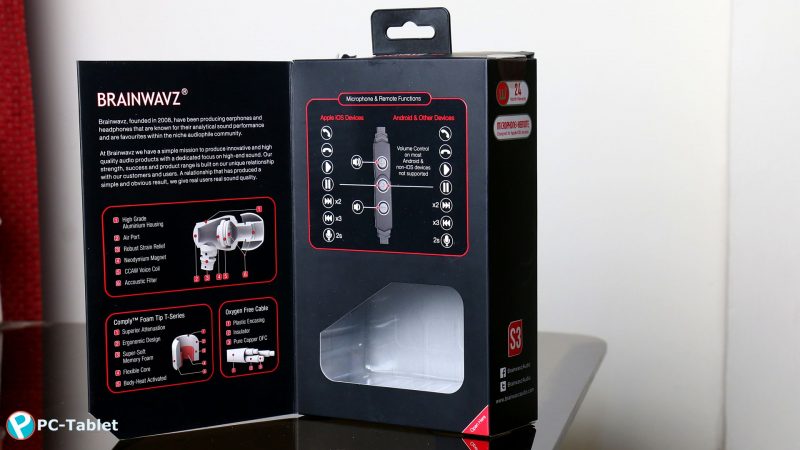 Brainwavz S3 IEM comes in a soot black box which has an above par design. The front face of the box has a magnetic flap with a see-through window, so you may have a look at the product without opening up the box. The flap offers all the details regarding the product including features and instructions to use. While the packing gives the Brainwavz S3 a value addition what really interested and amazed me were the accessories tagged along with the earphones.

Brainwavz gives you 6 pairs of silicon ear tips and a pair each of bi-flanged and tri-flanged silicone tips, a hard carrying case, one shirt clip, a Velcro cable tie and last but definitely not the least a pair of T-400 Comply foam tips.

All the details regarding the product can be found on the box itself.

Brainwavz S3 has a solid built quality and looks strong and durable. The 1.5 m long Y-shaped flat cable ensures that the earphones never get tangled. For the period of time I was using it there was no tangling encountered at all. The mic and remote bar has three keys on it, volume up, volume down and play/pause/call key.

The 3.5 mm audio plug is gold plated while the earpieces are silver in colour with their brand name inscribed on them in red. The earpieces are abruptly big and hang out of ears. 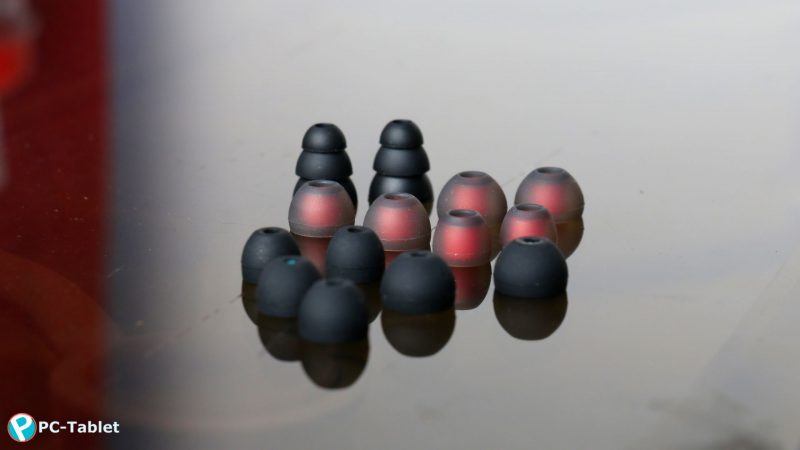 The mic and remote, audio plug and the earpieces did not do this product any favour as far as the looks are concerned. Brainwavz S3 does not look or feel like a product for which you would be willing to pay Rs. 5000. Buttons on the remote are made out of rubber and the keys are hard. Velcro cable tie and shirt clip are quite useful whereas a better looking hard case often finds its use. A crazy amount of extra ear tips provided with Brainwavz S3 can be easily differentiated from one another as they all have varying coloured tubes within.

Coming straight to the point, Brainwavz S3 looks ugly. I have seen several earphones that look a lot better than these on the cheap. I recently reviewed Xiaomi Mi in-ear headphones which beat the S3 by a huge margin in looks and overall design and cost one-fifth of the price of S3. 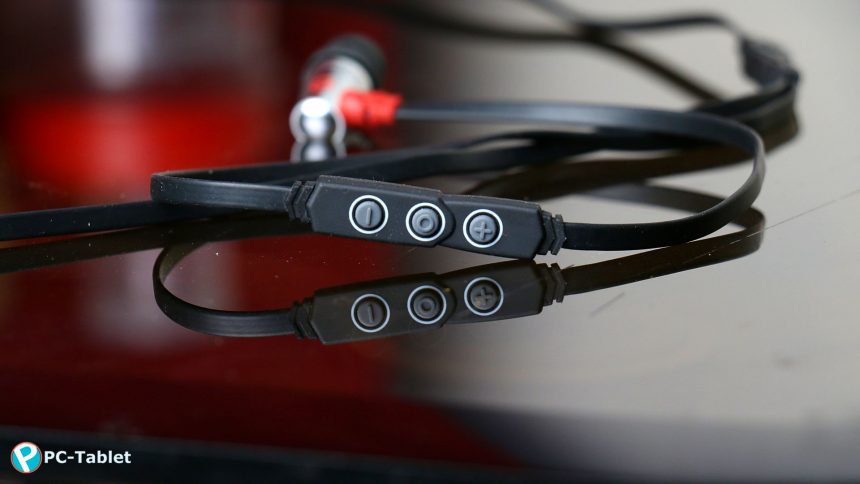 As far as comfort on this ear gear is concerned, the pre-installed ear tips won’t do you any good. They are hard and twitchy. One can obviously choose any one of the 8 pairs of tips provided with the product and then there is Comply noise isolating ear tips but I’ll circle back to it in a while. Now, since the earpieces are big and quite heavy for an in-ear device they fall out easily.

I could barely keep the piece, with the remote on the same cable, in my ear every time I went for the buttons on the remote. I was using Bi-flanged ear tips that found a good fit in my ears and yet they were coming off my ears every now and then. They are not exactly comfortable for long use and you will soon get tired of tugging with the.

Since Brainwavz S3 has so many shortcomings already one would safely assume that all the money is for a great piece of audio device or as Brainwavz terms it “audio monitor”. I had the same assumption but after using it for nearly an hour I simply gave up on them. S3 is deprived of bass and to worsen things up treble fills in the missing part. Use these ‘monitors’ for a while and the high pitched drum beats will drive you crazy.

You’ll lose a lot of bass listening to hip-hop or dubstep, although it has strong vocals which do not shred out even at the peak. You’ll catch all the lyrics but music is not just about vocals and lyrics. They offer clarity while on call and aren’t too sensitive to non-essential sounds such as that of wind. 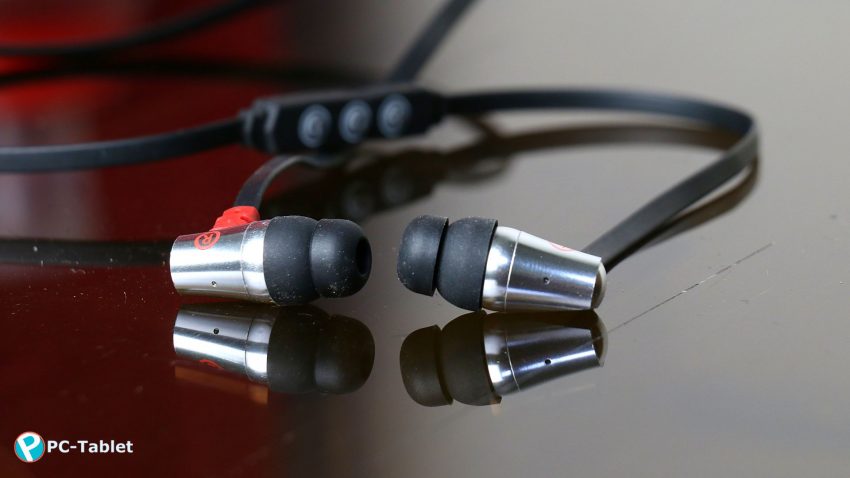 There is no turbulence in the sound clarity at maximum levels but the over pitched treble will kill the overall experience. Talking of the maximum volume, you will have a hard time listening to music in a noisy ambience even with the volume turned up to 100 percent although Brainwavz claims that S3 will offer noise isolation. Comply noise isolating tips do work well in cutting out the external noise but for some reason, they also kill whatsoever bass S3 offers. Comply noise isolating ear tips work well in creating a perception of ambient musical soundstage but what good is that if the audio quality itself loses the crisp.

The Comply ear tips are made up of memory foam which is a bit comfortable but putting them on and off the earpiece too often will wear them off easily. Brainwavz S3 proffers a boxed up audio quality as far as listening to music is concerned. Jazz and rock found its better use. 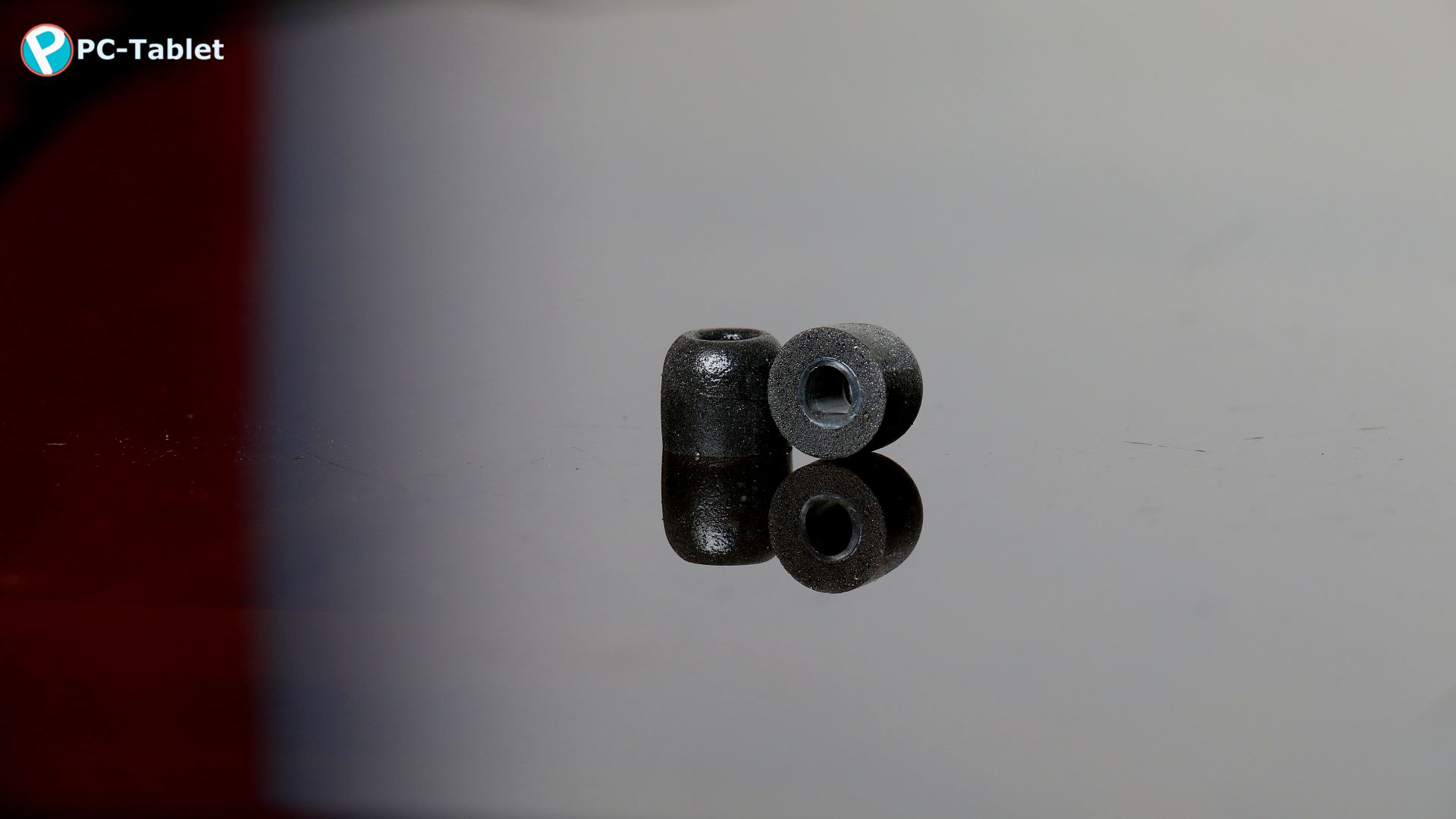 While watching movies Brainwavz S3 shines since it has a strong vocal quality. But if you decide to watch one of those space fantasies directed by Stanley Kubrick or Christopher Nolan you will be disappointed as they have a lot of music in the background. Similarly, S3 will serve you well while watching television series with less background music.

I was not much impressed by the sound quality of Brainwavz S3 earphone. The attractive packing and the overcompensating accessories are only a value addition to lure in customers. The other options itself from the Brainwavz would be a better choice.