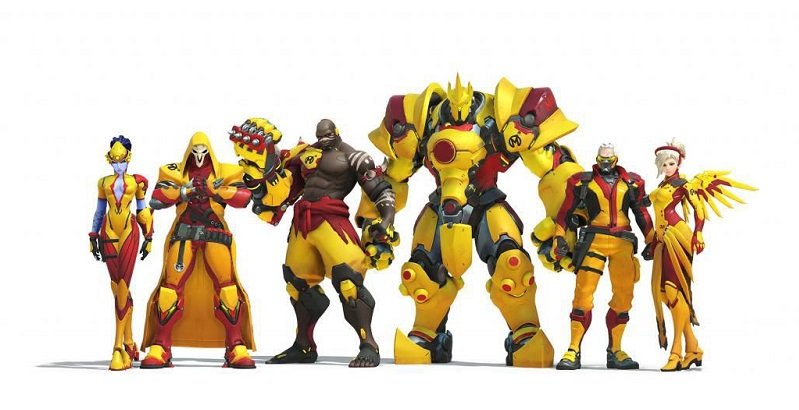 The first season of the Overwatch league finally kicked off on January 10, while playoffs and finals are scheduled for sometime in July. It happens to be the first major, professional Overwatch esports league where teams from different cities across the globle battle each other to fight for the top spot.

We also have two overseas Overwatch teams participating this season which include Shanghai-based team called Shanghai Dragons (NetEase) along with a Seoul team owned by the co-founder of Kabam, Kevin Chou, will also be a part of the team-based multiplayer online first-person shooter’s league roster with his team called Seoul Dynasty.

“The Overwatch League was created to deliver an awesome and unique experience for players, teams, and fans. With 12 first-class teams representing major cities from Asia, Europe, and North America, we’re confident that the inaugural season of the league is going to redefine what people expect from esports—and be a giant celebration of the Overwatch community as a whole,” said Mike Morhaime, CEO and cofounder of Blizzard Entertainment.

Blizzard has also confirmed that the first Overwatch League season will run through June, while playoffs and finals are to be held in the newly opened esports facility in Burbank. The new e-sports facility will be called Blizzard Arena Los Angeles and will situated inside the Burbank Studios, the same studio which brought us “The Tonight Show”.

According to Blizzard, the new e-sports facility features three studio spaces along with two production control rooms. Additionally, the venue will have a practice space so participants get some warm up time before competing. Not to mention, the facility will have a dedicated Blizzard retail store.

The Overwatch League is Blizzard’s plan to try and get e-sports into the mainstream. The city-based approach is rather new in the world of e-sports, and just like traditional city-based sports teams like Boston Celtics, even Overwatch league has each team representing a particular city or region to attract city locals and build local fanbases.