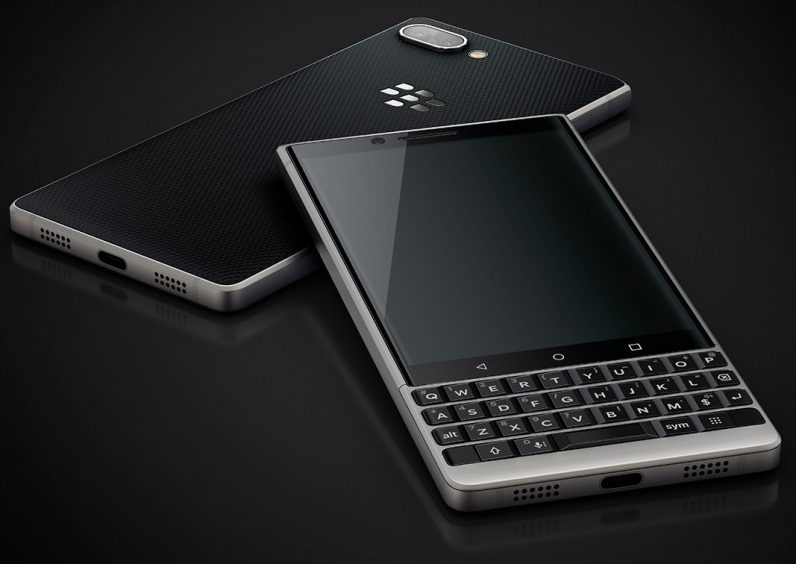 The BlackBerry Key2 is all set for an official unveiling tomorrow, and rumors of the device are already flying thick and fast. Just yesterday, a leak gave us an idea about how the handset will look like. Now, just a day before its official unveiling, credible tipster Evan Blass has seemingly revealed the handset’s full specifications.

Going by the leaked specifications, it appears the BlacBerry Key2 will be an incremental upgrade over its predecessor, which was also announced around the same time last year. The device is said to feature a 4.5-inch screen having a resolution of 1620×1080 pixels. Under the hood, the device will be powered by Snapdragon 660 octa-core processor bundled with 6GB of RAM. In terms of storage, the handset is said to come in a choice of 64GB and 128GB built-in storage options.

Elsewhere, the BlackBerry Key2 is said to feature dual-lens (12MP+12MP) primary camera. For selfies, the device is expected come with an 8MP front-facing shooter. The device runs Android 8.1 Oreo out-of-the-box and will be powered by a 3500mAh battery. Not to mention, the handset is likely to retain the classic 3.5mm jack along with the traditional microUSB slot.

As per an earlier leak, the BlackBerry Key2 also retains classic QWERTY keypad, and will have its the top bezel replaced by glass instead of metal found on the KeyOne. Popular tipster Evan Blass on Monday posted an image giving us a fairly good look at the upcoming Key2 handset. While there do not seem to be major changes in terms of the design of the smartphone, though there are some minor upgrades.

Price and availability details of the BlackBerry KEY2 are likely to be announced at the time of its official launch that is happening tomorrow in New York City. We’ll keep you updated as soon as we hear anything new. Until then, keep checking back for more.