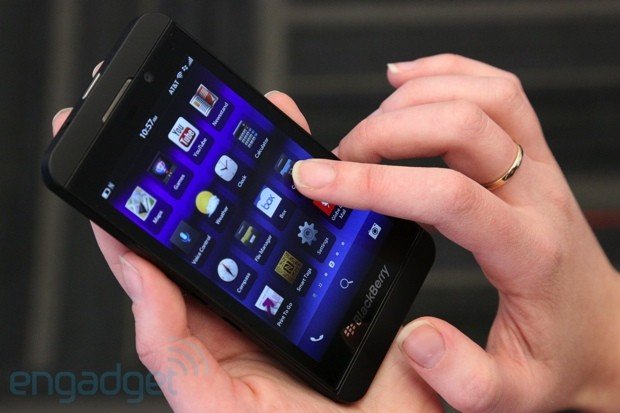 It seems like the BlackBerry fans are up for a Diwali bonanza. As a special festive offer, BlackBerry has reduced the price of its Z10 smartphone from ₹ 35000 to ₹29,990.

Thus, you can purchase the Z10 smartphone from the online retailers at this all new reduced price till Diwali this year.

Speaking to the Mobile Indian, a Blackberry spokesperson said, “Keeping in mind of this festive season, we have reduced the price of BlackBerry Z10 to ₹29,990.”

However, this isn’t the first time the Blackberry has come up with an offer on its Z10 smartphone. Earlier, the company had also announced the exchange deal on the same device, offering upto ₹11,000.

The BlackBerry Z10 was launched in India earlier in the year in February with a price tag of Rs. 43,499, displaying a 4.2-inch LCD touchscreen with 1280×768 pixel resolution, and packed with an 8-megapixel rear camera with auto focus, LED flash, and 5X digital zoom, as well as a 2-megapixel front camera with 3X digital zoom along with 720p HD video recording facility. It is powered by dual-core 1.5GHz Qualcomm Snapdragon S4 Plus MSM8960 mobile processor, with 2GB of RAM, and 16GB internal memory. In case you are worried about the storage facility, the smartphone has an expandable microSD card slot as well.

Besides, the BlackBerry Z10 is well supported by dual-band Wi-Fi, Bluetooth 4.0, Accelerometer, Gyroscope, Magnetometer, Proximity Sensor, Ambient Light Sensor, Near Field Communication chip, as well as a micro HDMI out port along with micro USB port.

This is a powerful device with 1800 mAh Battery, promising 10 hours of talk time, and standby time of 305 hours on 3G networks.  What more, it can play audio for as long as upto 60 hours and video for upto 11 hours.