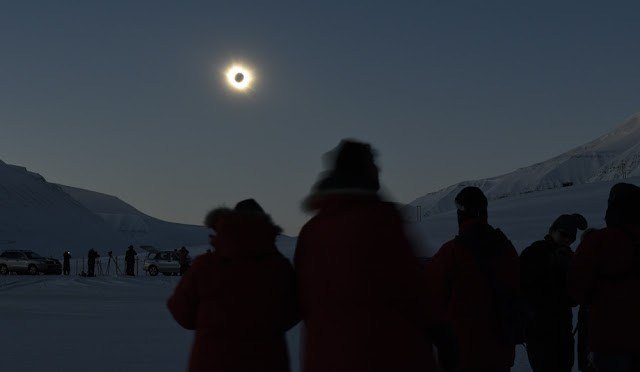 People across the United States are making their final dashes for viewing tools and glasses to experience the extremely rare total solar eclipse which is going to cast its shadow on the continental US today, 21st August. While some people are describing it as a ‘once in a lifetime event,’ some are flying from other countries to the U.S. for watching the rare solar eclipse view. While there are loads of false notions and conspiracy theories about the eclipses are bouncing in the market, there are also several weird things that are going to happen in Colombia during today’s solar eclipse which are entirely bona fide and super cool.

In Columbia, Moon is going to cast its shadow on the sun completely, and people in the country will witness darkness at least for two minutes in the middle of the day. The path of totality will be 70 miles wide, and fortunately, the narrow band will cover up the significant portions of the Midlands. While most regions of Lee and Kershaw Counties will experience 99 percent totality, residents of central parts of Colombia will see 100% totality today. However, apart from this completely stunning totality view, there will be three more bizarre things that will happen during the totality period.

The Diamond Ring will be the most notable thing to watch during the eclipse. When the eclipse will be at its peak – between 2:39-2:45 p.m. – people will be able to see the “diamond ring” – a rare and vivid flash of light concerted on one side of the sun. The flash will be quite a kind of diamond circle, installed on an engagement ring. However, as the moon will move at 2,200 miles an hour speed, the view of a diamond ring is going to last for a longer period.

What’s next the sky watchers will see a rare celestial phenomenon called ‘Bailey’s beads,’ where little droplets of glow will outline around the sun. Usage of glasses is strictly recommended for watching this Bailey’s Beads as it can damage the retina of the eye. Last but not the least; you also can see Corona rainbows just a few minutes before the totality. Just three minutes before totality, the sun will start peeking, and with one minute to walk off, the clouds dissolute, resulting in corona rainbows.