PC-Tablet
Ads
Home News Bitcoin vs Ethereum – Which one is better? 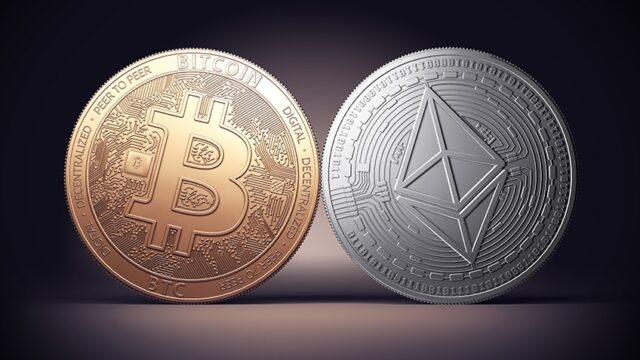 The hype surrounding cryptocurrencies’ is real. Many compare it to the dot com bubble of the 90s – and why not. The price of Bitcoin broke all records this year, surpassing $58,000 in February. With all this talk, you’re bound to have come across words such as Bitcoin and Ethereum. That said, a large percentage of people still aren’t aware of how vastly different the two concepts are. In this article, we’ll look at what makes these concepts similar and different. Consider this article as your beginner’s guide to understanding the similarities and differences between Bitcoin and Ethereum.

Bitcoin and Etherirum are similar because they are both cryptocurrencies – non-centrally issued, digital currencies. Another similarity between the two is that they both operate using the proof-of-work consensus. Ether and bitcoin are similar in many ways. For example, each is a digital currency traded via online exchanges like 1k daily profit and stored in various cryptocurrency wallets. Both of these tokens are decentralized, meaning that they are not issued or regulated by a central bank or other authority. Both make use of the distributed ledger technology known as Blockchain. However, there are also many crucial distinctions between the two most popular cryptocurrencies by market cap. Below, we’ll take a closer look at the similarities and differences between Bitcoin and Ethereum.

The easiest way to define cryptocurrencies is to call them a ‘digital currency’, minus all the formal government and bank regulations. Put simply, cyrptocurrencies’ is your money held in digital form. People buy cryptocurrencies for several reasons. Some buy cryptocurrencies as an investment, hoping the prices will surge in a few months or years than its current price. And some may buy Bitcoins or Ether (which is Ethereum’s cryptocurrency) because they want to put their money in someplace other than a bank.

The major difference between Bitcoin and Ethereum is the fact that Bitcoin is just a cryptocurrency, and Ethereum is a platform that allows companies to build new programs. Ethereum’s coin value is referred to as “Ether,” which is traded via online exchanges and stored in digital wallets just like Bitcoin. Both Bitcoin and Etherirum make use of a technology called Blockchain. However, Etheirum is considered far superior to Bitcoin, as it allows programmers to build decentralized applications on top of it. Unlike Bitcoin, Ethereum can do many things instead of just serving as a platform to provide a store of value and medium of exchange. Owing to this flexibility, many people predict Ethereum to become the dominant force in the cryptocurrency market, potentially overtaking Bitcoin in the near future.

In a nutshell, Bitcoin and Ethereum are both digital currencies but fundamentally different concepts. Bitcoin is a digital currency or store of value, while Ethereum is an advanced, decentralized platform and not just a cryptocurrency. Ethereum’s applications and contracts are powered by Ether, which is the Ethereum network’s currency. Ether can be used as a digital currency on exchanges in the same fashion as other cryptocurrencies. However, its primary purpose is to facilitate and monetize Ethereum’s smart contracts and decentralized application (Dapp) platform.