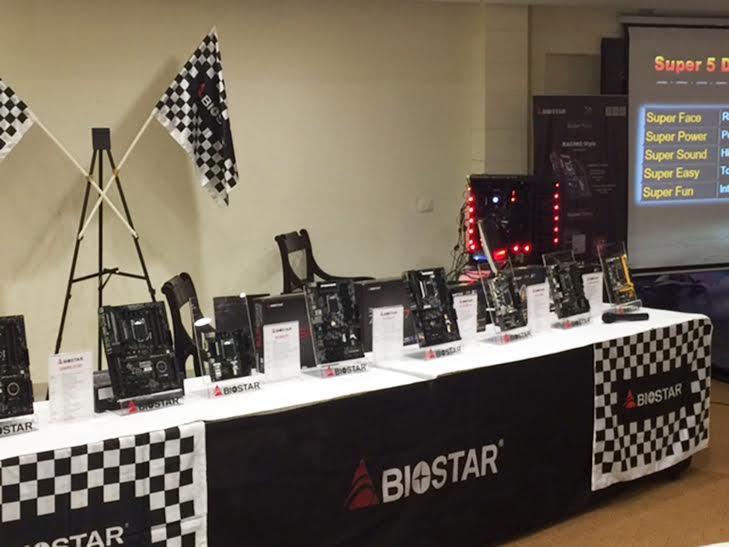 Biostar Group has launched its exclusive range of Racing Z170 series and Racing B150 series high-end motherboards along with Biostar Keyboard and Mouse in India.

Biostar specializes in the manufacturing of computer components. The Racing series is the top-of-the-line product range of the company aimed explicitly for gamers. The series comes equipped with the most advanced technologies and features.

The Racing series has been developed on the Super 5 design concept. The brand new product range features an I/O Armour that shields the I/O Panel and electrical components from dust and static electricity. The armour also carries a catchy F1 Formula themed designing.

There is a Vivid LED DJ feature to facilitate decoration by RGB visual effects for your PC. Do it yourself enthusiasts will be pleased with the 5050 LED fun feature.

The GT Touch puts an exclusive Touch Panel built on board instead of being placed at the bottom. The Racing series by Biostar also comes with dual BIOS with dual protection in a unique design language for the ultimate security of the system.

Mr. Jesse Chen, the sales director of IMEA, said that the company has fine-tuned their products and made them unique for the Indian market. He also mentioned that in recent times, gamers are very interested in colour theme their personal computers. Design and looks have become a serious deciding factor for the purchase of computer components now a days.

Biostar has put serious emphasis on the looks of their new Racing series of motherboards, which comes with the vivid LED DJ feature. All these have made Biostar a complete choice for serious gamers looking for performance and good looks in the same package.

The company has a strong foothold in the Indian Market with the help of their exceptionally designed products offering an array of latest features and technologies to get the most out of a PC. The Biostar Racing series will be up for sale in the Indian Market from this month itself.