Billion Capture+ Review: You can’t ask for more at this price point 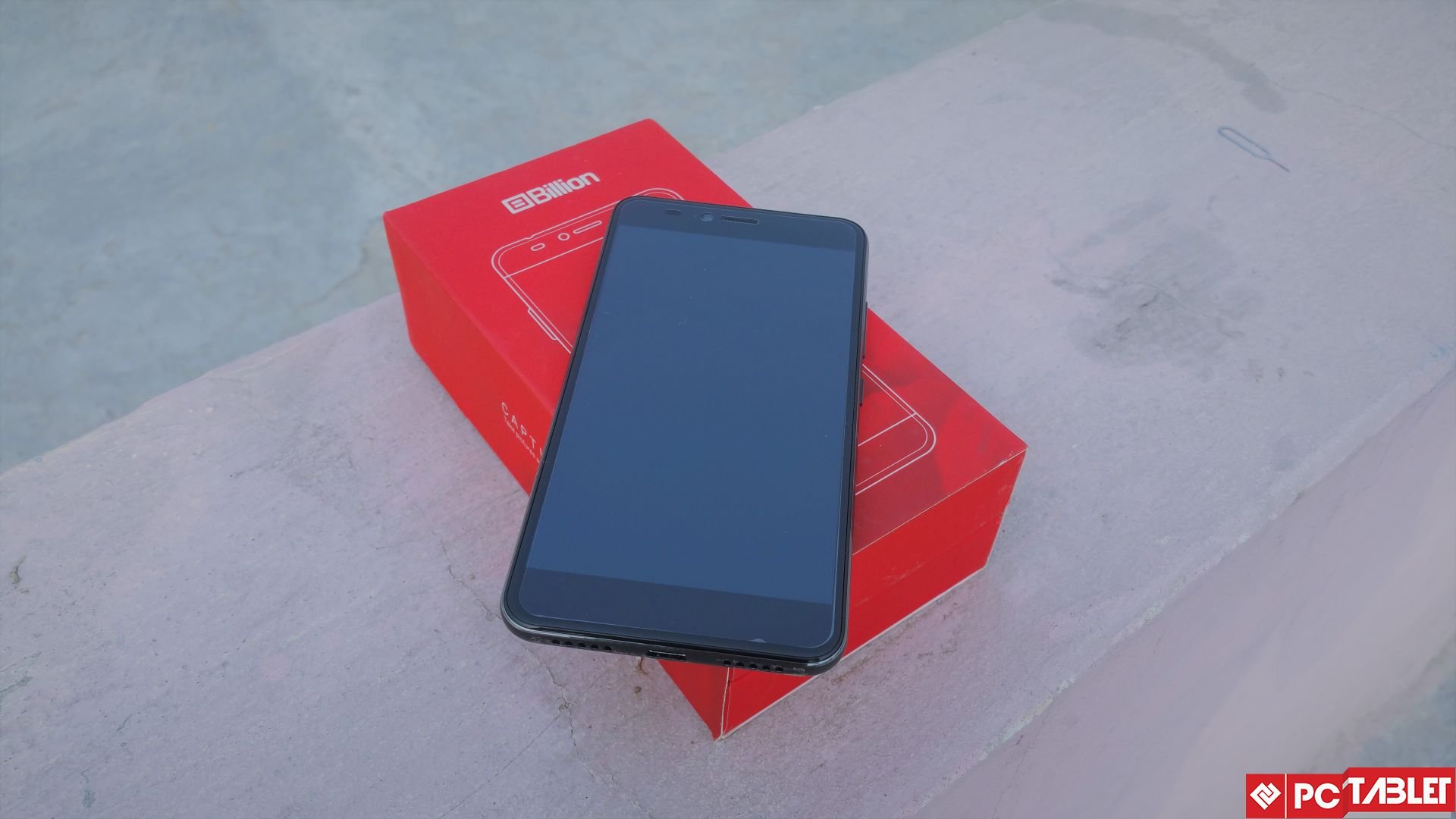 I am sure you know very well about the e-commerce giant Flipkart, right? So, Billion is the new sub-brand from the house of Flipkart for contributing into the “Made in India” campaign by making electronic appliances including smartphones.

Flipkart has recently launched a new and the first smartphone from Billion brand, called Billion Capture+. The Billion Capture+ is a budget offering and exclusively available on Flipkart. It comes with a big display, fingerprint sensor, and dual camera at a very affordable price tag of Rs. 10,999 only.

We’ve got a chance to hands-on and review the smartphone. So, here is my detailed analysis of Billion Capture+.

Billion Capture+ is a basic smartphone that comes in a premium red box that gives you a velvet soft touch feel (pretty lovely!). With all the necessary accessories except the earphones, the box contains the USB Type-C charging cable, the charger brick, SIM ejection tool, screen guard (pre-applied to the phone) and some documentation.

Literally loved the feel of that box!

Talking about the specs rundown, Billion Capture+ comes with a 5.5-inch Full HD 1080p resolution display which is protected by a thin and light DragonTrail cover glass with a 2.5D curve at the edges. The phone runs on the latest Android 7.1.2 Nougat with full vanilla Android experience and comes with TronX unlimited cloud storage. Billion Capture+ sports the powerful Qualcomm Snapdragon 625 processor and 3GB/4GB RAM for multitasking and high-end performance.

Billion Capture+ also carry some features which you won’t see on a budget smartphone, like fingerprint sensor (rear mounted), 64 GB internal memory which is further expandable via microSD card and the USB Type-C port. To power, all this hardware, Billion Capture+ features a massive 3500 mAh battery with Quick Charge feature which provides 7 hours of usage with only 15 minutes of charging.

Billion Capture+ is a lightweight smartphone with all the necessary features built in which everyone needs a “latest” smartphone. The smartphone wears a full black matte finish with aluminum back and edges. Front of the phone holds the 5.5 inches Full HD display with curved cover glass and thick bezels around the screen. The back of the phone is covered with the matte black finish, the dual camera setup and dual LED flash can be seen in the top portion of the phone. Below the camera is the round fingerprint sensor and below that is the Billion branding logo along with the tronX logo.

Billion Capture+ is a lightweight smartphone with all the necessary features built-in which everyone needs in a “latest” smartphone. The smartphone wears a full black matte finish with aluminum back and edges. Front of the phone holds the 5.5 inches Full HD display with curved cover glass and thin bezels around the screen. The back of the phone is covered with the matte black finish panel, the dual camera setup and dual LED flash can be seen in the top back portion of the phone. Below the camera is the round fingerprint sensor and below that is the Billion branding logo along with the tronX logo.

Billion Capture+ features a significant 5.5 inches Full HD display with a decent amount of pixel density. The display panel is IPS LCD, but still, it contains all the crispness in the content displayed on it. The color contrast is just right, and the colors stay bright even looking at it from the different angles. The brightness of the display is a bit of an issue because it seems all washed up in sunlight even at full brightness. Other than this, the display looks all good and works perfectly in all conditions.

Billion Capture+ comes with dual 13MP camera setup at rear with dual-tone flash. The two camera sensors work together to provide the best color contrast in the pictures than a single 13MP sensor. The Pictures are sharp and well-lit with popping colors and perfect contrast.

The user interface of the camera is also very simple and user-friendly. It got a bunch of all the necessary modes, not overfilled with them. The front-facing camera has a beauty mode which and can capture 720p HD videos. The main camera can capture 4K UHD videos, but it lacks any kind of stabilization.

The Billion Capture+ comes with the latest Qualcomm Snapdragon 625 processor which is one of the best processors in mid-range processors segment. To support the processor, it comes with 4GB RAM which is sufficient for multitasking a bunch of apps at the same time. The internal storage in Capture+ is 64GB and is expandable further up to 128GB using the micro SD card slot in the SIM card tray.

In our testing, Billion Capture+ fulfills every request whether it’s high-end gaming or switching between a couple of apps. Gaming on Billion Capture+ is smooth in any condition, even when playing for a longer time (all thanks to the Qualcomm SD 625 & 4GB of RAM). The battery performance is also decent in all matter, it can easily give you one full day of battery backup with a single charge, and it charges faster with the Quick Charge feature. Even the Xiaomi Redmi Note 4 does not come with the fast charging!