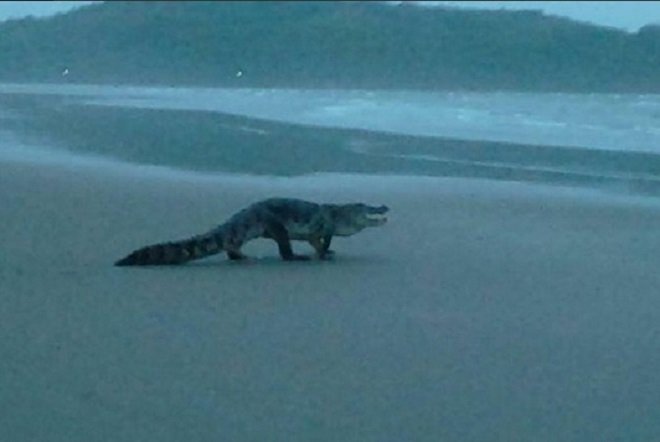 A surprising incident happened on that vibrant Morjim beach in Goa on last Thursday. Surprisingly a big crocodile was spotted there on that specific day, as per the Goa Forest Department.

Morjim beach is often been termed as ‘ Little Russia’ due to its dense Russian population. This beach can be categorized as one of the most sought after beaches of Goa.

Nilesh Bagkar, a resident, has taken four photos of the crocodile moving towards the sea from the beach. Few dogs were even traced at the background of those pictures. Nilesh has uploaded those photos on Facebook.

DNF Carvalho, Deputy Conservator of Forests, confirmed on Thursday that the crocodile has not come from the sea, but from Chapora river, which is heading towards the Morjim sea.

Carvalho believes that the reason behind the arrival of the crocodile on that beach is due to those few dogs, which may have chased it. 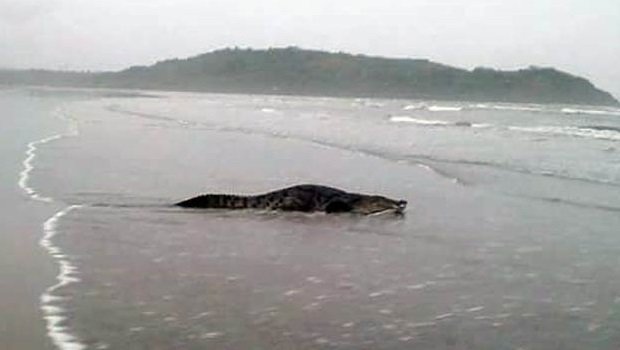 Crocodiles dwell in marshy rivers in the hinterland. It is not a common thing to witness such an aquatic reptile on beaches of any state, that too in such a popular beach were tons of tourists gather every year.

The existence of such a dangerous species is considered to be quite harmful towards the visitors and residents. Although Goa forest department is still looking into this matter.

After all, this is not a very common thing to figure out a crocodile in such a crowded beach like that of Goa’s.

So the repetition of such event may even affect Goa tourism industry to a great extent.