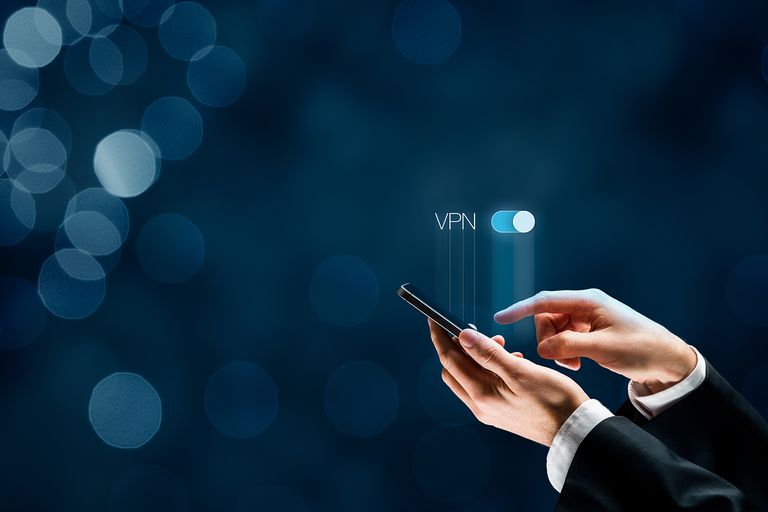 The Apple iOS devices are often thought to be better for privacy than their Android counterparts. However, the stark reality is that Apple does plenty of tracking of its own, and has even been known to work with the US government.

What’s more, even if you remove the tracking performed by apps from the equation: the reality is that you are still having your privacy invaded by your ISP and the local networks you connect to. It is for this reason that VPN apps for iOS devices are becoming essential, and if you haven’t already got one you should seriously consider it.

For many people this may come as a surprise, however, the reality is that this kind of tracking can be performed on just about every network that you connect to.

What’s more, Internet Service Providers (ISPs) can always see everything that you do online. No matter whether you use a mobile data plan or your home WiFi network, for example, the ISP can always track your habits and keep a record of your communications metadata. This is because the ISP is the custodian of the gateway to the internet and all you traffic and therefore data must pass through their servers to get to the worldwide web.

This allows ISPs to know which IP addresses you communicate with peer to peer, what files you download, which websites you visit, and even to see the metadata from the emails you send. This mass of information is extremely personal and is extremely useful for surveillance purposes, which is why in many countries the government has made it a legal requirement for ISPs to retain that data on their behalf.

In the UK, mandatory data retention laws force ISPs to store consumer’s data for 12 months. In Australia, they must perform this surveillance for 2 whole years. And there are similar data retention directives across the globe in locations such as Canada, Brazil, Finland, Russia, France, Greece, and a growing number of places around the globe.

In the US, where the NSA was revealed to be illegally snooping on people’s data for years using its PRISM program, the law does not force ISPs to retain logs of user’s browsing habits. However, ISPs have been given legal permission to collect user data and sell it for a profit, which means that there is a direct incentive to harvest as much data as possible.

Add this to the Patriot Act, and the CLOUD Act which permits US citizens email contents and metadata to be hoovered up in the course of collecting communication by foreigners and you have plenty of reasons to worry about data surveillance in the US.

The important thing to understand about this kind of tracking is that it doesn’t make a difference what kind of device you are using. An iOS device is just as susceptible as an Android device, a desktop computer, or a laptop. For this reason, it is essential to use a VPN to securely scramble all the data coming and going from your devices.

Using a VPN ensures that your data is encapsulated in an encrypted tunnel so that nobody on the local network or at the ISP level can see your data. A VPN works by passing your data to a VPN server in an encrypted state so that it is indecipherable as it passes from your device to them.

As a result, the ISP is unable to see the contents of your data, meaning that it does not know what websites you are visiting, or what you are doing online. This veil of privacy also stops the ISP from performing mandatory data retention on behalf of the government.

Generally speaking, the best VPN for iOS can be defined as a VPN service that has a VPN app that is compatible with iOS devices. However, there are hundreds of VPNs on the market and not every VPN was created equally. For this reason, it is important to get a VPN that is not only compatible with iOS – but that also provides all the most important VPN features.

An iOS VPN should have a strong privacy policy that promises not to store any invasive logs. A VPN that collects your logs simply takes the power to log away from your ISP and into its own hands. Thus, paying for this kind of service (or using a free VPN service that has this kind of policy) is foolish because it is highly likely that this kind of dodgy VPN will sell the data it collects from you for profit.

A VPN with a strong privacy policy will never keep usage logs about what you use the VPN for, and it will never store any connection logs net to your IP address because this could be used to piece together your online activities at a later date. The only logs that a VPN should ever engage in, is non-invasive or aggregated data collection that helps it to keep the service running smoothly – this could include the total amount of data used in a session, for example.

In order to keep your data secure from prying eyes – including keeping it safe from hackers on public WiFi networks – it is essential for it to implement strong encryption. Many VPN protocols exist, and some such as PPTP is now considered outdated because they can be penetrated by government authorities. For this reason, it is recommended that you always opt for a VPN with strong encryption for iOS such as OpenVPN, L2TP/IPSec, or IKEv2.

These protocols all have their differences, and OpenVPN is considered the most secure. However, they are all protocols that are considered robust as long as they are implemented securely. For this reason, it is okay to opt for a VPN with any of those protocols.