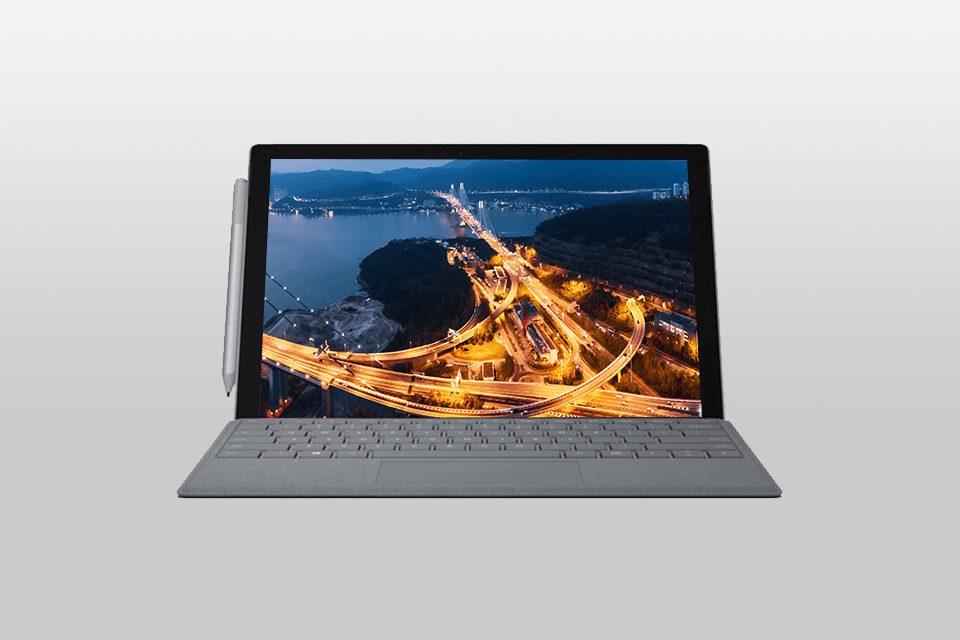 If you wish to work with images on the go, you should purchase a tablet for photo editing. More and more creatives switch to portable devices. Adobe applications are no exception. They have released Photoshop CC for iPad and have provided full syncing of Lightroom CC on all devices.

Display, resolution, processor, battery life, size, and weight – all these features should be taken into account when purchasing a new tablet for picture retouching.

Here we have listed Top 10 Tablets for Photoshop on the market, so you can always choose the one for you.

This photo editing tablet is distinguished by lightweight, and solid Microsoft Surface design based on regular PC hardware to let users launch any Windows software. The model doesn’t feature a stylus but can be used with Microsoft’s Surface Pen.

The tablet is powered by an 8th gen Intel Core processor that guarantees highly efficient performance. One more remarkable feature is a 12.3-inch PixelSense display, praised for vivid colors and details – exactly what you need for editing pictures.

The Surface Pen, with its rubber eraser and precision ink, provides the ease of use, especially when working in such programs as Photoshop and PicsArt Photo Studio. 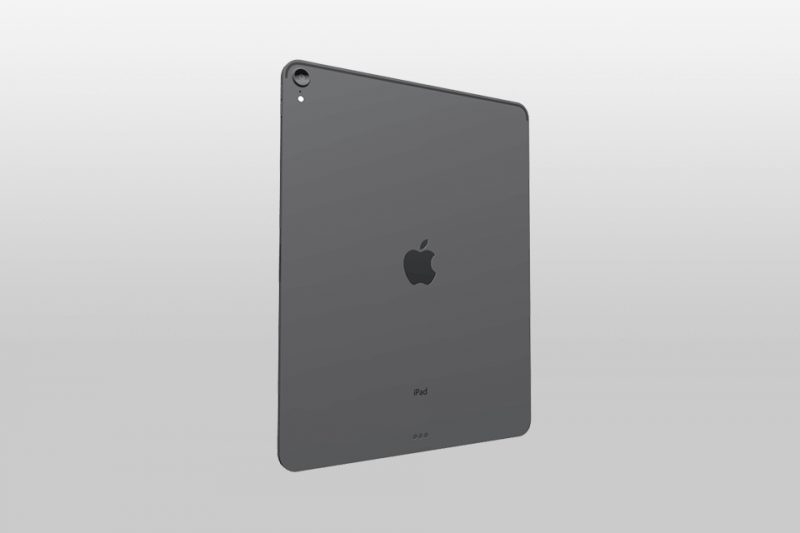 This model belongs to the list of top tablets for image editing for experts. It features a perfect Retina liquid crystal display with a refresh rate of 120 Hz thanks to Apple ProMotion technology and new support for the DCI-P3 color standard.

The tablet is notable for a USB-C port that may be used to upload data from SD cards, and an excellent second-generation Pencil stylus. With iPad Pro and Apple Pencil, you get a mobile picture editing studio.

To power the device, Apple has included an A12X Bionic chip with a Neural Engine, which improves performance while keeping battery consumption low. This iPad for photo editing is available in 64 GB, 256 GB, 512 GB, and 1 TB versions. Despite such powerful hardware specifications, Apple promises up to 10 hours of battery life from a single charge. 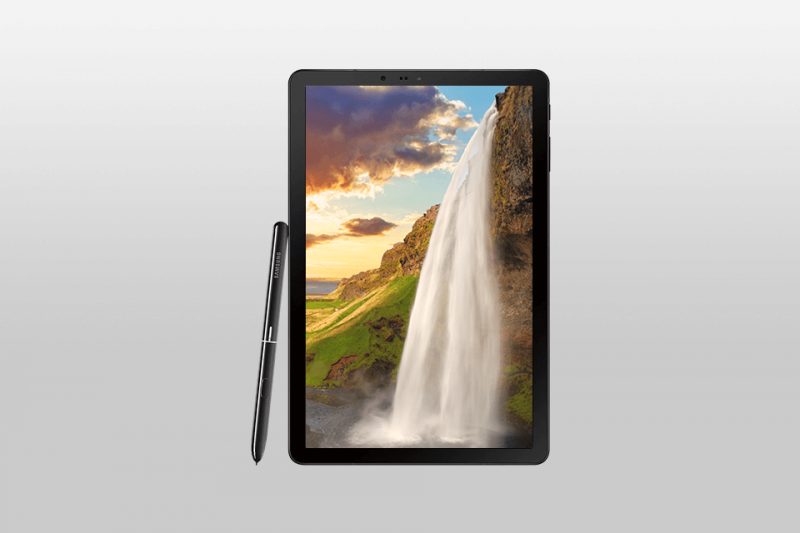 Due to the remarkable Super AMOLED 2560 x 1600 display producing the depth of colors and the S Pen stylus, this model may be referred to as the best tablet for photo editing in Lightroom. The AMOLED display makes it possible to view the tablet’s screen clearly even when the sun is shining brightly.

No matter which picture editor you use, a powerful Snapdragon 835 processor along with 4GB of internal memory and 64GB of internal storage (can be expanded by inserting a MicroSD card) will cope with any task you set. Feel free to use the tablet for an entire day without recharging thanks to an enormous 7,300 mAh battery. The model comes with the 18W fast charging tech and charger. 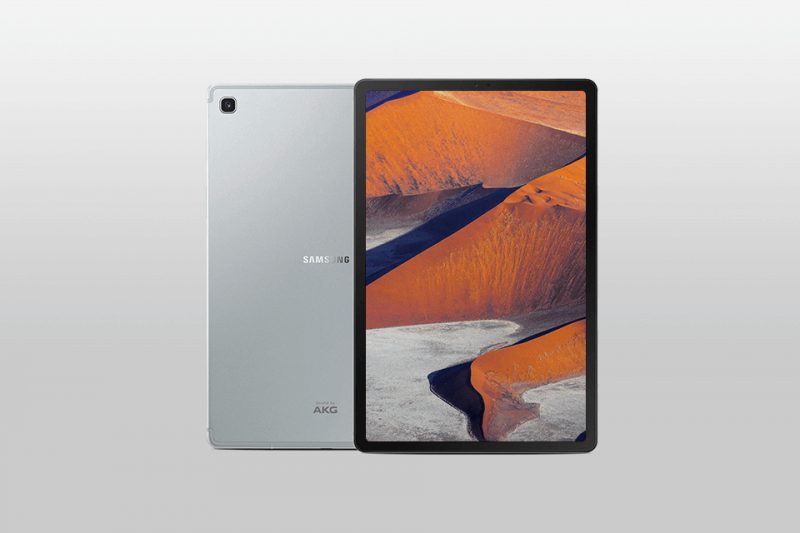 The model boasts a bright 10.5-inch Super AMOLED display and a high-performance chipset that is capable of handling picture post-production software. The tablet is well-assembled and has a surprisingly lightweight.

Due to the use of metal and glass, as well as thin display frames, it looks and feels more expensive than its real cost. With the DeX support and branded accessories, Tab S5e can be more than just a multimedia tablet.

The tablet pleases users with the octa-core Snapdragon 670 SoC, 6GB of RAM, a 13MP camera on the back along with a 5MP front camera. The only drawback is the absence of a stylus. But it is possible to pick a suitable option from this list of the top styluses for tablets. 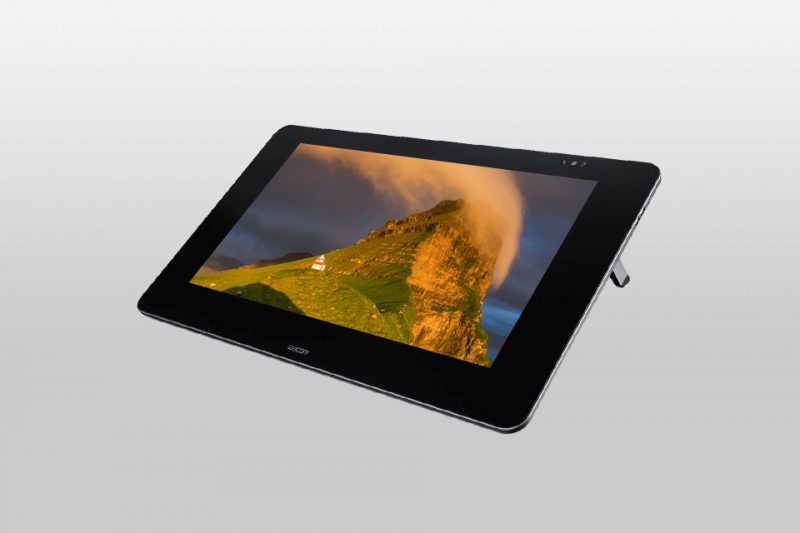 The screen covers 97% of Adobe RGB color space and supports the Rec standard. 709. The case features folding legs for placing the tablet in a convenient position from 5 to 20 degrees.

Working with this tablet for photo editing, you will feel like drawing on an easel. Wacom Pro Pen with 2048 levels of pressure is included in the package and lets you adjust the texture and accuracy of strokes. 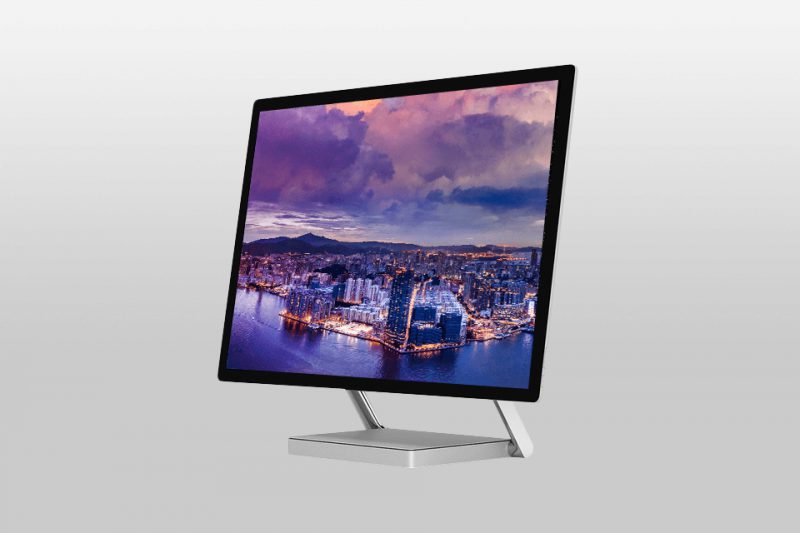 The monoblock combines great possibilities for creativity due to the presence of the huge PixelSense touch screen and the Surface Pen stylus. Studio 2 is notable for a great display that may be used both as a screen and as a working surface. The design of this photo editing tablet with the ability to adjust the display angle is truly unique. 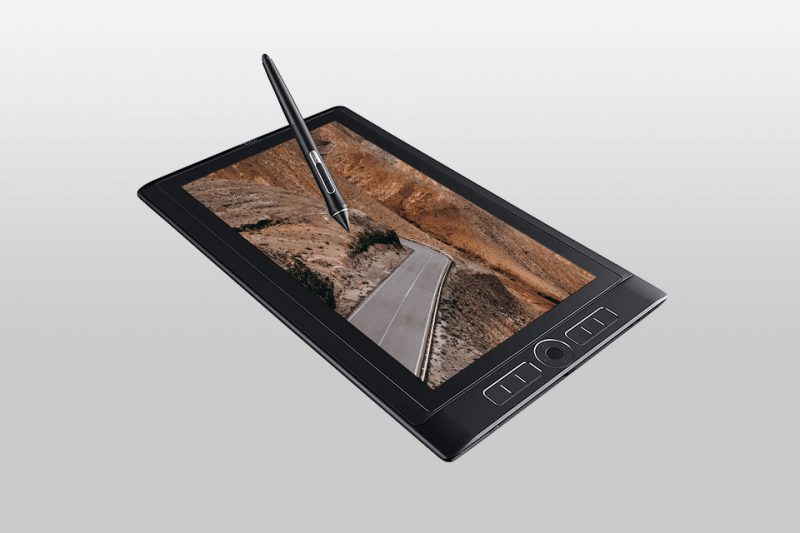 Wacom MobileStudio Pro rightfully occupies the place among top Wacom tablets. It is intended only for those who work with graphics professionally. The 13-inch model weighs 1.42 kg. Six ExpressKey programmable keys are particularly useful in Photoshop or Lightroom. You can set values for individual keys or for their combinations.

Wacom Pro Pen 2, which is included in the package, is one of the best styluses on the market. Pro Pen 2 is four times more accurate than its predecessor – it features 8.192 levels of pressure force. In comparison, Surface Pen has only 1.024 of them. Pro Pen 2 perfectly responds to changes in the force and angle of pressure. It is the only stylus that will make you feel the difference between drawing with a pencil, pen or brush. 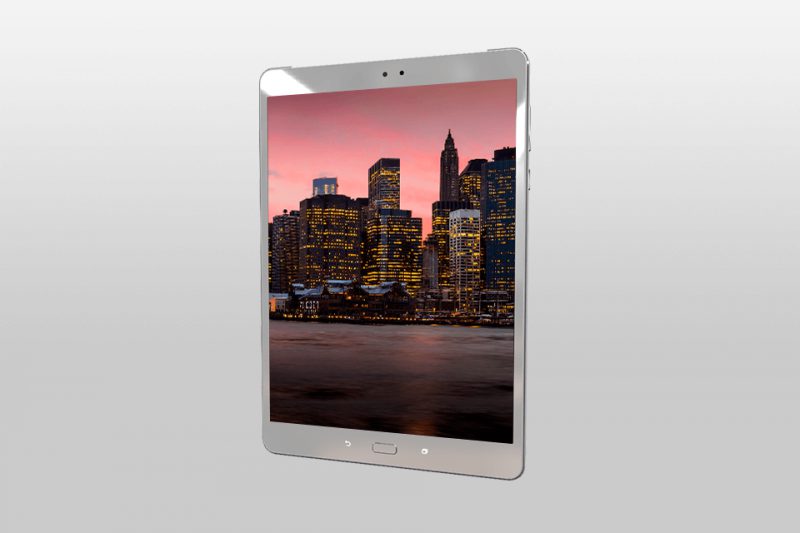 The model’s 2K IPS display features the VisualMaster technology and provides a remarkable wide 178-degree angle of view. VisualMaster combines a variety of technologies that are grouped for the user to take advantage of the present software and hardware and have an amazing visual experience.

Besides, the tablet boasts speedy performance and minimizes lagging thanks to the presence of a Hexa-Core Mediatek 8176 processor. In fact, it consists of two processors: a 2.1 GHz ARM Cortez A72 (a dual-core) and a 1.7 GHz ARM Cortez A53 (a quad-core). Other important characteristics of the model are 64 GB of internal storage and 4GB of RAM. 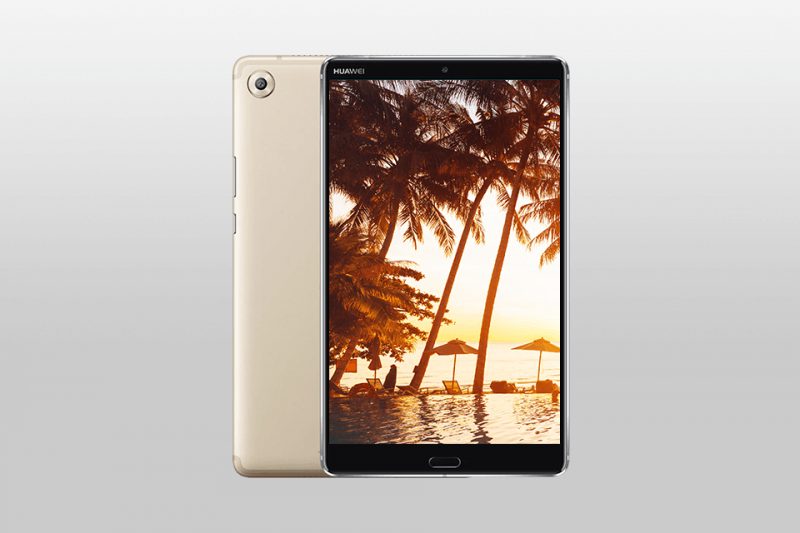 Many picture editing experts admire this tablet for its display. It boasts exceptional 2K resolution of 2560×1600, high clarity and an awesome look. It can’t compete with a remarkable AMOLED display of Samsung’s Galaxy Tab S line in terms of color. Still, it is a decent tablet for photo editing with an IPS display.

The developers have integrated the ClariVu technology into the model. It functions through an AI algorithm, enhances the contrast ratio of pictures and smooths out video frame rates. This technology is rarely found in mobile devices, mostly on premium TVs. 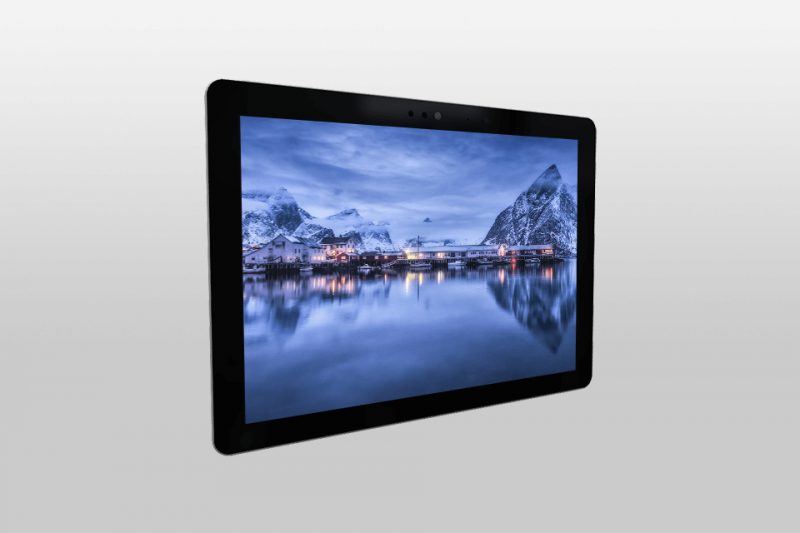 Surface Go is the “lighter” version of Surface. It runs Windows 10 out of the box, so users will need to download applications from the Microsoft Store. Or they may upgrade to complete Win 10 for a fully-featured and flexible experience.

The majority of users praise this photo editing tablet for its highly sensitive stylus. The edits you make with a stylus won’t influence other areas of the image or drawing. The model may be viewed as a computer.

It includes Intel’s Pentium processor along with 4GB of RAM and 64GB of internal storage. The size of the tablet is small, so it doesn’t provide an HDMI port to connect big displays. Still, the featured USB C port enables users to connect other peripheral devices.