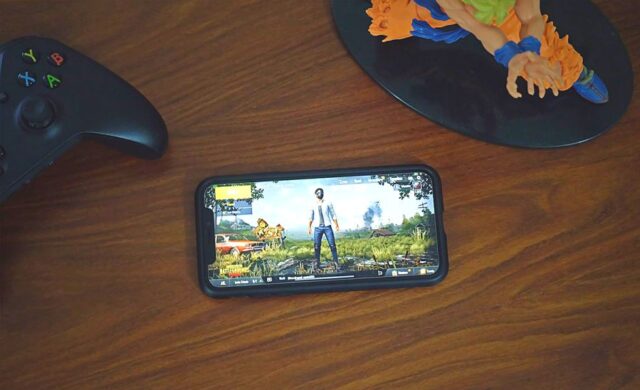 Thanks to the evolutionary world of technology and gaming, players across the galaxy can count on playing their favorite games either online or offline. The quality of their gaming experience, however, depends on both the gaming graphics and the graphics quality of their mobile devices. The best phones for gaming will allow users to thoroughly enjoy their unique gaming experience whether they want to play mobile slots, download interactive multiplayer games or sign onto existing games online.

All mobile games are enhanced by graphics chips, RAM, battery life, VR support and of course, the actual quality and size of the screen used to project the images. Taking a better look at these features will help players determine the best phones for gaming depending on their specific requirements and budgets.

iPhone X – The Next Generation

Although the iPhone X was released in 2017, it remains on the gamers hotlist thanks to endless compatible components to enhance quality gaming and considering its not brand new on the market, it has become increasingly affordable each time a new iPhone is launched into the market.

The screen size is an impressive 5.8-inch, making it a generous enough size to appreciate the graphics of your favored casino online game, interactive warfare games and even application games such as Game of War or Candy Crush. Although tablets offer more width and appreciation for the size of the screen, most of the time they aren’t built with powerful OLED graphics such as the iPhone X.

Samsung Galaxy S9 and S9 Plus

Currently, one of the hottest phones out on the market, and not only for the gaming prowess’s it delivers, but also for the camera quality, internal storage and CPU users are privy to. The Samsung Galaxy S9 was released at the beginning of 2018 making it a relatively new model phone and also quite pricey. But if you have the cash, users will be able to enjoy their favorite games visually thanks to the 6.2-inch screen and high-resolution visuals made possible via Snapdragon 845 and Adreno 630 graphics. Interactive games such as casino games or video slots, online multi-player games and campaign mode games are ideal for Samsung Galaxy users due to the Game Tools designed specifically for these mobiles. This functionality allows users to take screenshots, record gameplay and block notifications during game time for uninterrupted access to your favorite games.

One could say that the Razer Phone is most decidedly designed specifically for gamers. The specs prove the fact and will likely get gamers looking in its direction. Although running an older version of Snapdragon 845, it still boasts impressive graphics due to running the Snapdragon 835 version. The Android mobile phone boasts the best smartphone speakers for enhanced audio as well as 5.7-inch QHD display, pretty impressive for an Android phone. Additionally, the battery life is one major feature as it has been designed with a 4,000Ah battery for prolonged gameplay purposes. For avid gamers who need additional storage, they have access to a micro SD slot, allowing them to purchase exactly how much they need.

Released in September 2017, users can expect the upgraded version to be better, however, there is no arguing that the LGV30 holds its own due to flawless features designed to impress. It boasts a 6-inch 1440 x 2880 OLED display, offering up some pretty high res graphics and enhanced audio quality. Although the internal memory storage is 64GB, users are gifted with the opportunity to purchase more memory by utilizing the SD card storage.

The LG V30 is mid-weight in price range making it an affordable purchase for avid gamers who appreciate quality, enhanced visual and audio and fantastic battery life and running speed. Ultimately LG has proven itself and entered into the gaming market by launching this mobile gaming sensation mobile phone.

For gamers looking to upgrade, stay in the loop and do thorough research by following the latest tech news before making that purchase. You never know what’s about to be released or when it will be released, but technology has a way of bettering itself and you wouldn’t want to miss out on the latest and greatest deals.