Home Editorials Beginner In SQL? Here Are 3 Tips to Get Ahead! 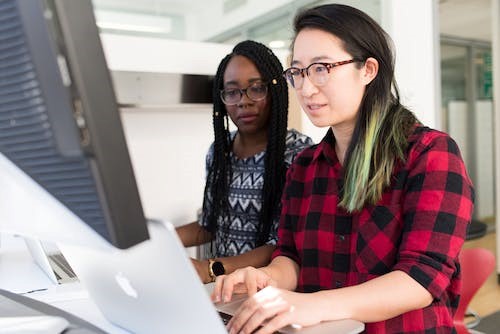 SQL is one of those things that’s easy to learn but hard to master. If you’re just starting, it’s important to develop good SQL habits now; they’ll make it easier to work on a team and learn difficult concepts!

Read on to learn great tips for beginners!

As you become more adept at SQL, you’ll want a good scheduler. A scheduler allows you to balance jobs and run data-intensive queries when there are fewer server demands.

With DBHawk SQL job scheduler, you can even see an overview of different jobs you have scheduled and pause jobs currently in progress. You finally have control over the total job batching process. And with a complete job history, troubleshooting errors is a snap.

DBHawk allows you to export data in .csv, HTML, or PDF and build impressive charts and visualizations. And as your SQL queries grow more intensive, DBHawk’s failover and load-balancing capabilities ensure you get the job done.

You’ll also have access to a wide range of databases, including major ones from SQL Server, Oracle, Greenplum, Red Cloud, and many more.

As you grow from an SQL newbie into a true superuser, DBHawk is there to support you and your team every step of the way.

Your code may still work if it’s hard to read, but will you remember what names refer to in six months? Will your coworker be able to figure out what you were doing?

With SQL being one of the top 5 programming languages, lots of people will be reading your code, and they need to understand what you write!

Choose short and descriptive names when labeling columns and tables. For instance, if your table is labeled “patients,” don’t use the column “patient_birthday” if you could just say, “birthday.”

Make it clear when a column contains foreign keys to other tables, too!

Much of SQL isn’t case-sensitive. But the accepted practice is to write keywords like FROM, WHEN, and WHERE in all caps.

It takes some getting used to, but it makes your code much easier to scan.

Use Plenty Of White Space

If I wrote this article in one giant paragraph, you could still probably figure out what I’m saying. It would just take you a lot longer.

The same is true with SQL code. Spacing and line breaks aren’t necessary, but they can make it a lot easier to read.

You may only be writing short queries now that aren’t too hard to read. But as you learn more complex code, it’s important to keep it readable.

Remember that non-geeks will be reading your code, too. SQL has even reached places like sports teams!

Commenting is really important for both explaining your code and understanding others’. This is especially true if you’re a beginner!

Comments in SQL are written with a – – (two dashes) at the beginning. Nothing following – -will be executed.

Comments are also useful for debugging – use comments to describe what you’re attempting to do in a query and update as you try different tactics for debugging.

The Benefits Of Learning SQL

No matter whether you’re a total newbie or an experienced user, there are a lot of tips and tricks to make your SQL life easier. When you take the time to learn good habits, the sky’s the limit on where your coding skills can take you!

6 Tips to Get Ahead as a Tech Inventor

Sportsbook Betting App Features to Look Out For

5 Ways to Secure Your Mobile Communication with Encryption

3 Ways To Get Your Foot Into IT