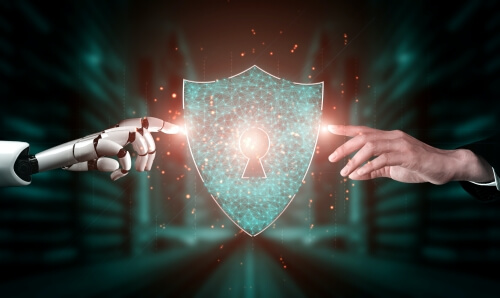 Humans make mistakes, and there’s no shame in admitting that. But just how much do these errors cost? Human error is the main factor that produces losses in manufacturing. Even more, it’s one of the critical elements that messes up the workflow of many corporations and small companies alike.

Fortunately, technology has evolved so much that it can prevent and correct human misconduct. Automation has been a key player in making menial tasks a thing of the past. And now, we have the power of AI at our fingertips. Let’s see how we can use these tools for our benefit.

The role of AI in preventing human error

Not long ago, artificial intelligence seemed like a science-fiction concept. Nowadays, it has become a reality and not just a mere buzzword.

Machine learning is becoming more and more advanced, as we’ve seen with robots from Hanson Robotics or with Tesla’s autopilot feature. With that said, robots and programs aren’t entirely autonomous. They still need humans to code and fix potential bugs.

However, machines have shown significant improvements in workplace safety and error prevention. And it’s not just the IT industry that benefits from them. For example, AI can detect and deter phishing emails – even the ones that look authentic. Humans can be easily fooled, but an algorithm senses when a link seems suspicious or redirects to a malicious website.

Customer service is yet another domain where AI steps in to help out humans. More often than not, AI chatbots provide clients with easy fixes for the most common problems so that the support team can focus on the challenging issues. As you can probably tell, this takes much of the stress out of the staff’s mind, making them less prone to error. Some of the major companies that do this are Microsoft, Apple, and many international banks, including ING.

AI can improve the user experience

Fewer errors provide a better user experience overall. But AI takes this further. For example, platforms with integrated AI can adapt to a user’s preferences.

One great example of such personalization can be found in the iGaming industry. The transparency and security provided by AI make online gaming less prone to hacker attacks or cheaters.

Furthermore, AI can provide more realistic statistics so that players know what they’re up against. With streamlined data feed solutions, players have access to a plethora of information, and the AI algorithm can detect suspicious behavior. This is what’s great about BetConstruct and other companies that provide platforms for iGaming websites. 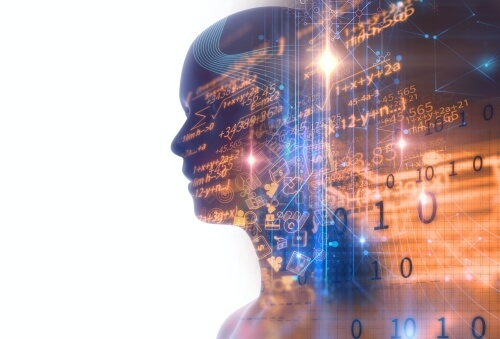 Artificial intelligence doesn’t only prevent errors. It can also fix them. Not long ago, Windows 10 surpassed 50% of market share. You’re probably familiar with the blue screen of death and other errors that bugged Microsoft’s previous operating systems.

Well, Windows 10 is no longer such a mess thanks to AI implementation. When building the operating system and its subsequent updates, Microsoft used AI in tandem with their human development team to detect faulty code. This has made the latest installment of the OS much more stable than its previous iterations.

Similarly, Apple and Google have used AI to tweak iOS and Android, respectively. Furthermore, their AI assistants help less tech-savvy users to fix common problems. While not perfect, these assistants have evolved drastically since they were first introduced.

How can AI be even better?

At the moment, AI learns most from previous events and human inputs. It assesses behavior to take the best approach in performing basic tasks.

However, in some cases, this can cause bias. For example, a while ago, recidivism prediction software used in American prisons were far more likely to catalog African Americans as recidivists than any other race.

Finding a way to correct biases and make AI adapt to personalized situations is key to making it better. Will researchers ever be able to correct these biases? No doubt about it. But how long will it take them? We’ll have to wait and see.

In any case, the future of AI development and error prevention looks excellent. The technology has evolved immensely in just a few years. Decades from now, we might see an error prevention rate of at least 95% – and we’re looking forward to it.