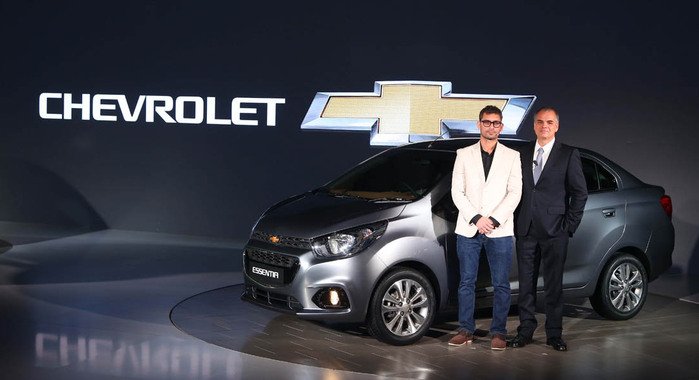 General Motor, the American carmaker unveiled Chevrolet Essentia in Delhi at the 2016 Auto Expo. The company stated that the launch of this vehicle would happen in 2017. The auto major said that with Essentia, the aggressive plan of Chevrolet is to increase its presence on Indian roads, as it tackles the fiercely competitive A-Segment. Essentia is based on the current – Gen Beat Hatchback platform added the company.

Kaher Kazen, the Managing Director and GM India president commented that they were heading into a new era with New-Gen products that would help in catapulting Chevrolet brand in the country, thereby giving consumers vehicles that weren’t seen before in the market. General Motor also showcase Chevrolet Beat Active, a soft-roader concept based on the same platform.

Both these cars have state of the art technology and connectivity including MyLink Infotainment System, Android Auto and Apple Car Play.

By introducing these new products, GM fulfills its commitment of increasing its vehicle localization built in India to 85% within five years and increasing exports from 21,000 units to 50,000.

Both Spin and Essentia would mark the next wave of new Chevrolet products that would be launched in India over next five years.

Stefan Jacoby, the president of GM International and GM Executive VP, stated that Indian unit is all set to grow with new product strategy and new investment under a new leadership team. He further added that the company believes in the long-term potential of Indian market.