The telecom operator Idea Cellular is up with a brand new Android smartphone, Aurus 4, at a budget price of Rs. 8, 999. With this, it has added the fourth device into the Aurus series.

This latest addition to the Idea’s Aurus series 3G smartphones sports a 4.5-inch display screen, and is packed with 1.3 GHz dual-core processor. Quite expectedly, the device runs on Android Jelly Bean, and boasts of a 5-megapixel primary camera with video calling facilities. Besides, the device is backed by a decent 1800mAh battery. 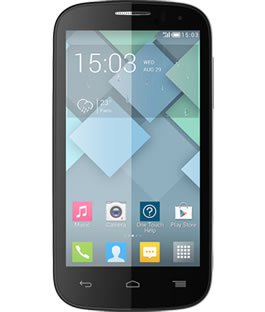 Talking about the popularity of Aurus 4 particularly amongst the youth, the Idea Cellular Chief Marketing Officer Sashi Shankar said: “The young and savvy youth of India has a huge appetite for content on mobile, but is deterred due to highly priced smartphones in India. Idea is bridging this gap by offering 3G smartphones packed with high-end features at relatively low price.”

It’s worth mentioning that the Idea Cellular has also recently launched its 5-inch “Ultra” smartphone. While the company has over 128 million subscribers in India, it has also sold over six lakh devices from a dozen models in the 3.5-inch, four-inch and 4.5-inch categories in the Indian market. Naturally, the expectations are also high from the Aurus 4 as well.