Asus Zenfone Max Pro M1 helped the brand to capture a fair chunk of the market with its price to feature ratio. Building on that model aggressively, Asus launched the Zenfone Max Pro M2 with much more powerful hardware and a cool looking design.

The new Max M2 Pro comes in three RAM and storage variants, pricing starts at INR 12,999 and goes up to INR 16,999. The more modern smartphone carries the same DNA the earlier generation had along with a host of improvements. We spent close to 10 days with the phone and here is our review.

It is one of the areas where Asus improved a lot. The Max Pro M1 had a plain design language going on; the newer Max Pro M2 went with more glossy and premium design. Though the back is made out of polycarbonate, the glossy finish adds a character to it, not to mentions a hell lot of smudges, so a case is a must. There are dual rear cameras aligned vertically on the side and a fingerprint sensor in the centre with the Asus branding on the bottom. 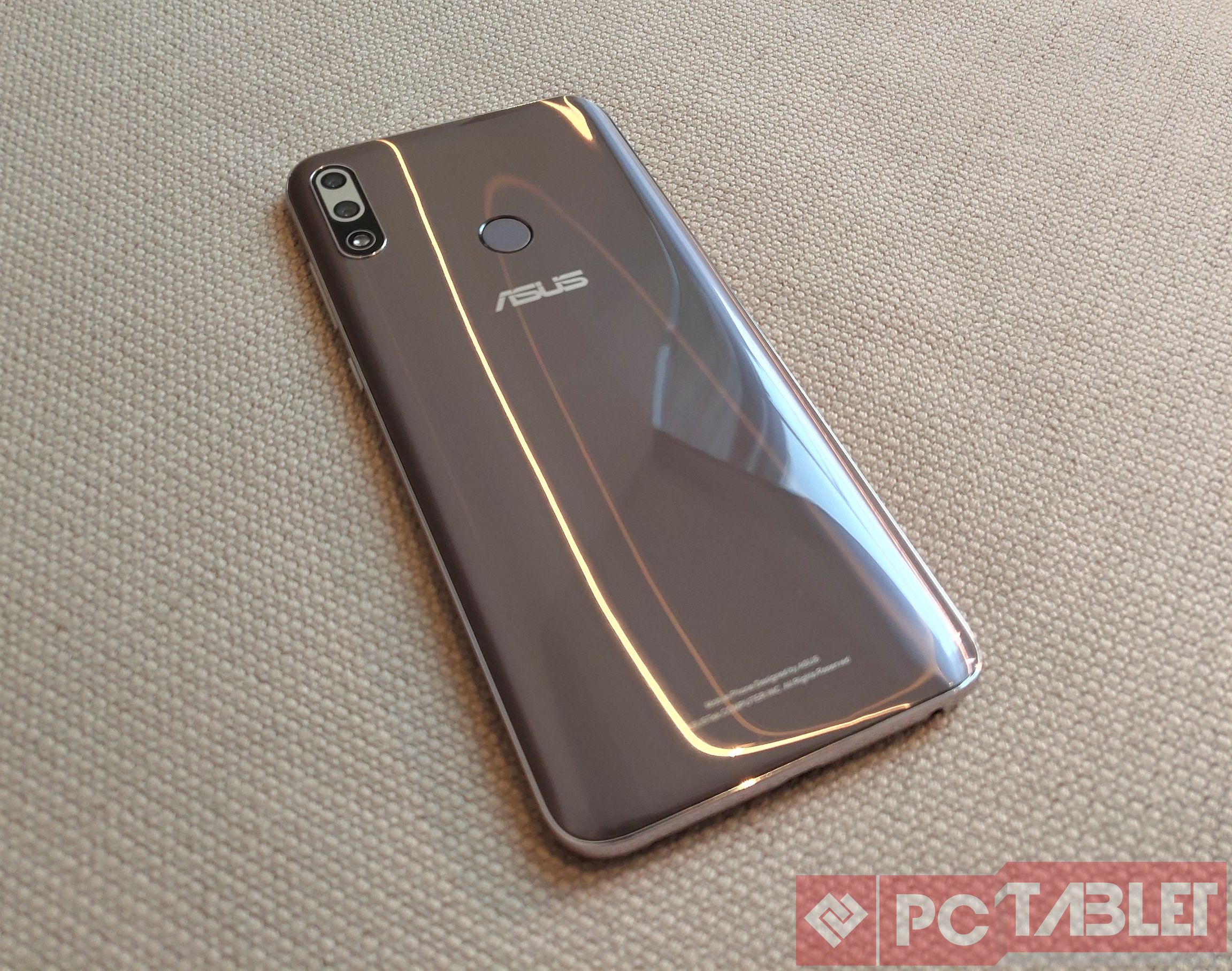 Flipping the phone reveals, the 6.26-inch display with a notch. The notch is pretty sizeable and houses the front facing camera, LED flash and the notification LED while the earpiece is placed on the edge of the bezel. There is a significant chin on the bottom, which might not be appreciated by some users. Coming to the buttons, the power and volume buttons are on the right while the SIM tray sits on the left.

At the bottom, you’ll find the micro-USB port, microphone, 3.5mm audio jack, and a loudspeaker. With the USB Type C picking up pace recently, a micro-USB port was led down but perhaps we could see it in the next iteration. Overall, we are very impressed with the design and the weight balance, despite having a massive battery, the phone feels very relatively light and manageable.

As previously mentioned, the phone features a 6.26 FHD+ LCD display. This is where the brand caught up with the trend, the older gen phone had an 18:9 display with bezels while the newer one embraces the taller 19:9 one with a notch. The notch here is quite large and houses all the tech neatly.

Asus has always used one of the best displays available in the market for their smartphones, and the Zenfone Max Pro M2 is no exception. The screen goes up to 450 nits in brightness, which makes it legible under sunlight. There is a mode in the settings using which you can adjust the colour temperature of the display to your liking. 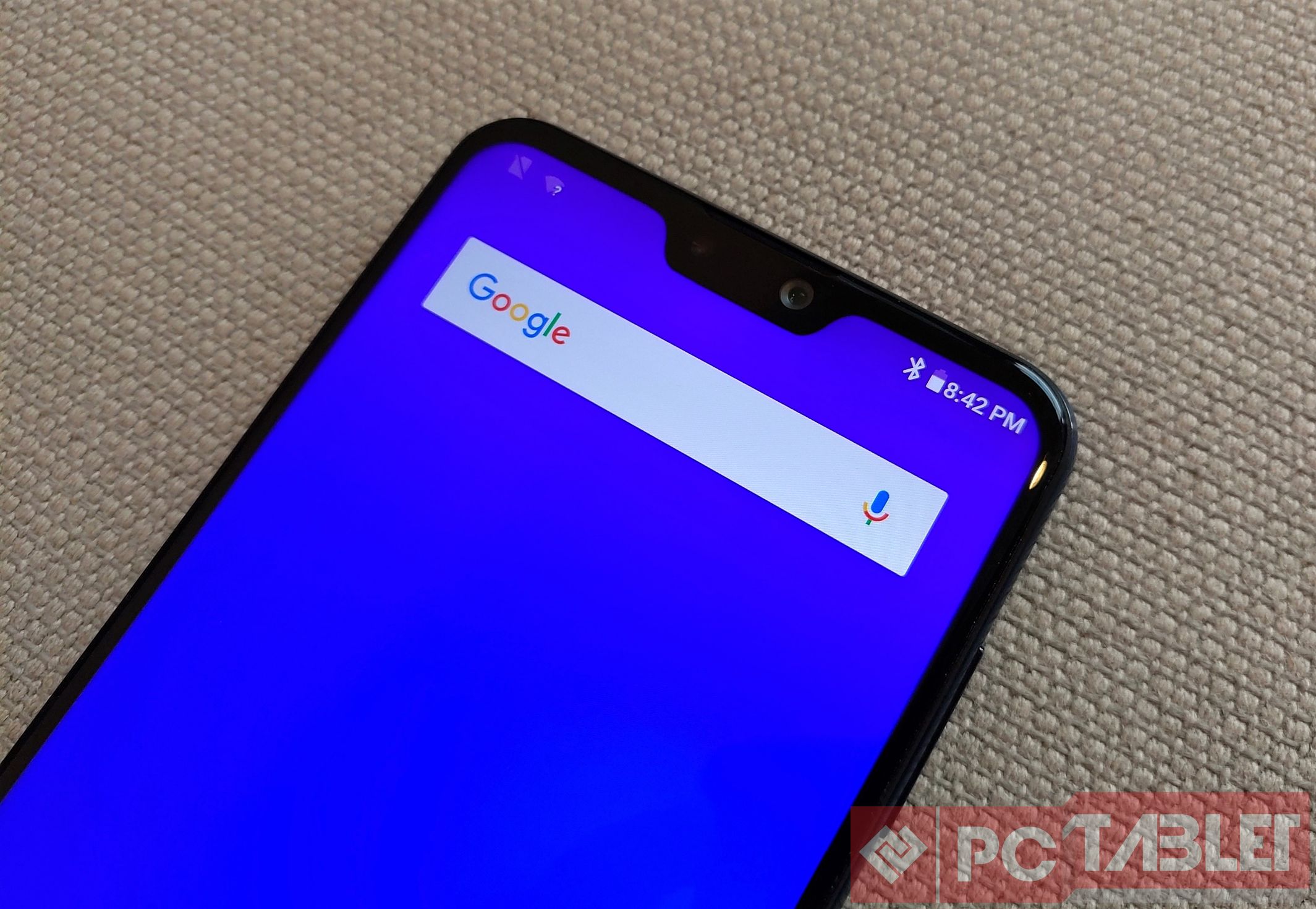 So far, we have liked the display and coupled with the large battery, the phone is ideal for content consumption and will be loved by binge watchers.

Asus is sticking with stock android on the Max series of smartphones and seems like the ZenUi is left now for expensive offerings. The Max Pro M2 runs Android 8.1 Oreo out of the box and is slated to get the Pie update in January. The UI overhaul is kept to a bare minimum, and there are few pre-installed apps like Facebook, Messenger and Instagram along with the Google apps suite. Asus has added ZenMotion gestures that let you double tap to turn off the display and double tap to wake it.

Coming to the performance front, the Qualcomm Snapdragon 660 chipset powers the phone. The Snapdragon 660 is a tried and tested processor which has revisions over the last year. The phone is available in three configurations – 3GB RAM + 32GB storage, 4GB RAM + 64GB storage and 6GB RAM + 64GB storage. Our unit is the 4GB one which gives you about 52GB of free space out of the box. The chipset has been tuned to provide a balanced experience. 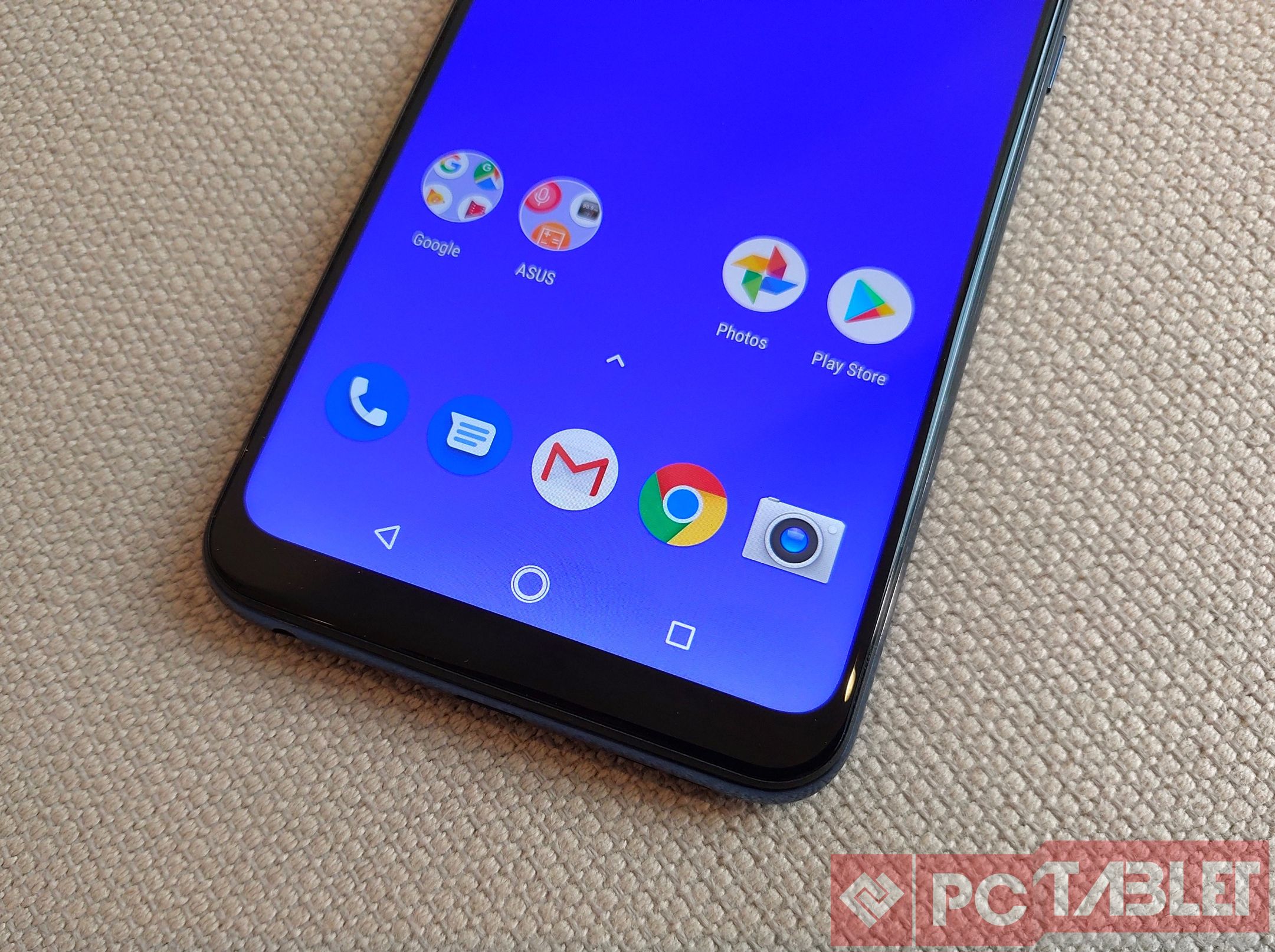 We took the chipset for a spin and ran titles like Asphalt, FIFA and PUBG which were playable without any issues at medium to high graphics. The newer more powerful processor plus the stock Android is a deadly combo. Apart from a few bugs in the system, we are very much impressed with the performance.

The one area where we feel the Max Pro M1 needed improvements was the camera department, and the brand seems to have worked upon it. With the Max Pro M2, you get a 12-megapixel primary sensor of f/1.8 aperture and a 5-megapixel secondary depth sensor. There is a 13-megapixel selfie which gets an LED flash. Asus has added in AI scene detection as well, and the phone can detect 18 scenes at the moment (coming in the December update).

The camera app is simple and easy to use. You get a bunch of modes like beautification, the depth effect and the ability to apply filters before taking a shot. There is a Pro mode available as well that lets you adjust focus, shutter speed, ISO, exposure, and white balance. A host of improvements have bee promised for the phone like Auto HDR, EIS and a Bokeh mode for the front camera which will be coming in the December update.

Coming to the camera performance, the phone performed decently. In good lighting conditions, the taken were sharp and had plenty of details. The macros took to come out great with a good amount of depth to them. Portrait mode once enabled, gives you the option to set the amount of blur. Low-light camera performance was average; we noticed some shutter lag and the shots were noisy but passable.

The selfie came out decent as well but we did notice some beatification going around in the background despite it being turned off. 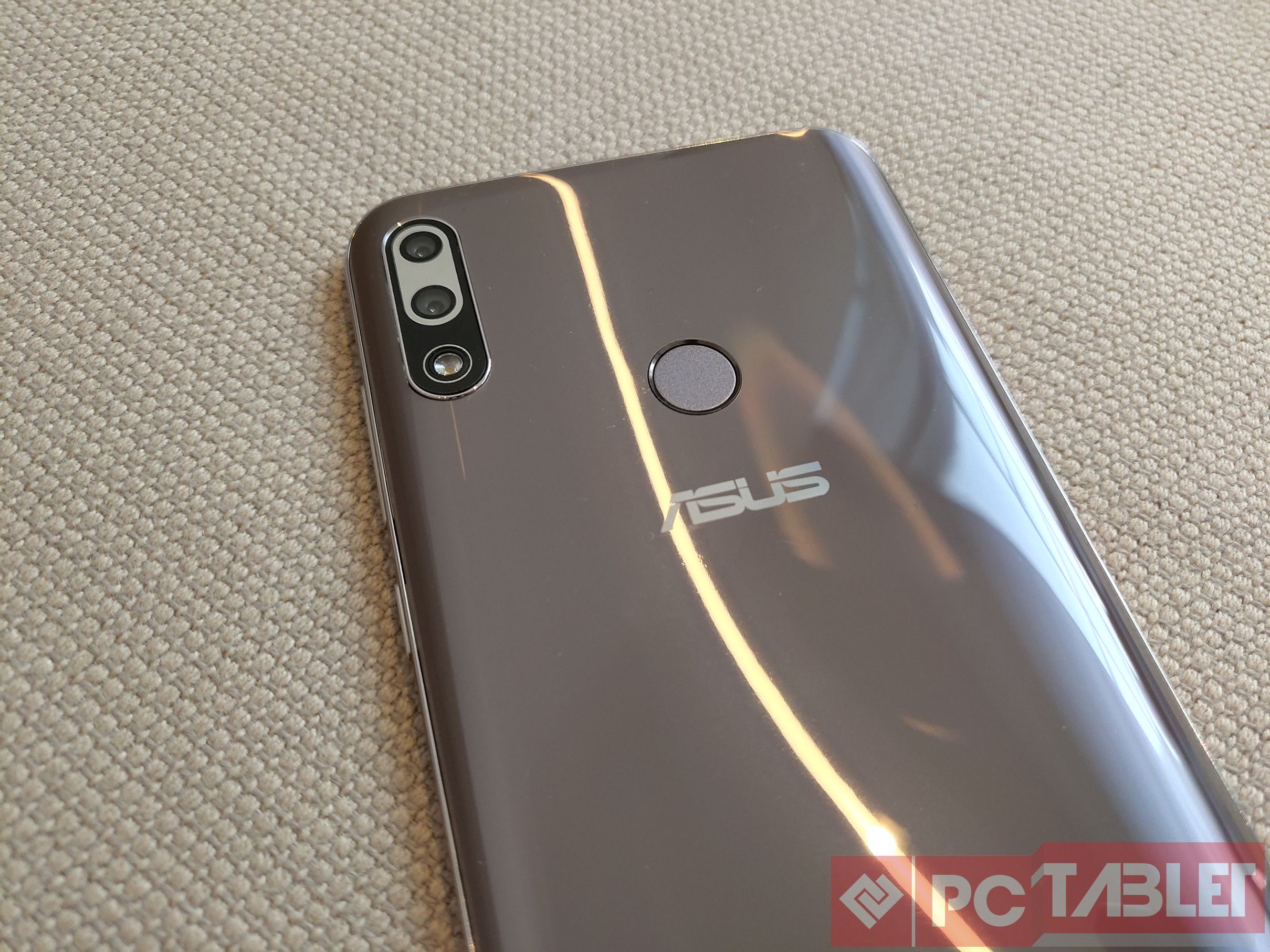 The Max Pro M2 is packed with an impressive 5,000mAh battery. During our tests, we managed to get around 6 -7 hours of screen-on-time and on average, with moderate to heavy usage, there was about 20% left at the end of the day. Light users can expect the phone to easily last 2 days. There is no fast charging, and the supplied charger took close to 2 ½ hours for top up.

The Zenfone Max Pro M2 is certainly a step up from the Max Pro M1 in a couple of areas. The use of powerful Qualcomm Snapdragon 660 SoC and 5000mAh battery is enticing in itself. The area where the phone takes the lead is the Software, the stock Android coupled with mid-range hardware is a match made in heaven.

The only area we feel the phone loses to its nearest competitor the Xiaomi Note 6 Pro (review) is the camera department. But looking towards the track record of the brand, its safe to say that the performance will be refined in the coming months.

If Stock Android, beefier battery and a powerful chipset are what you are looking for in your next smartphone, then the Asus Zenfone Max Pro M2 is definitely for you.