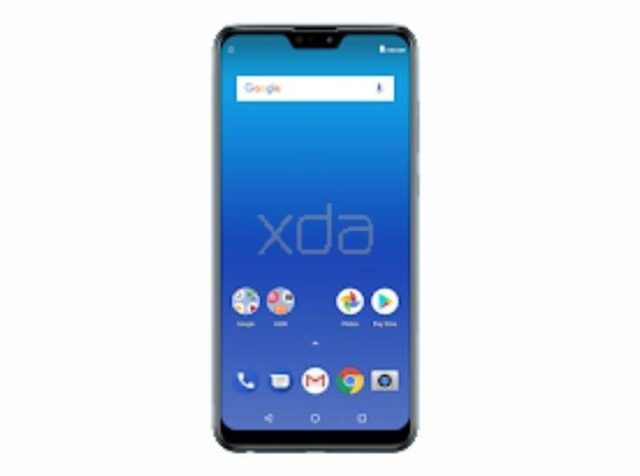 The Taiwanese giant Asus seems to be gearing up for the launch of its next mid-range contender, i.e. the Asus Zenfone Max Pro M2. Apart from the previous reports, the device has now made its first online appearance with a freshly emanated render, showcasing its front panel.

The leak is sourced from the Google Play Console listing which reveals a device from Asus with Zenfone Max Pro M2 moniker and carrying ASUS_X01BD_1 as its model number, same as the one certified earlier by EEC.

The attached render shows off an edge-to-edge display with rounded corners and a Notch on top, reminiscent of the Zenfone 5Z. Further, it packs in a tiny chin at the bottom followed by the volume rockers and power button to the right frame. On looking carefully, one can see that it runs Stock Android instead of ZenUI, just like its predecessor. The listing also mentions the device to sport 6GB of RAM.

As for the specs, the previous allegation by Roland Quandt from WinFuture claims the device to come with a 6-inch IPS display having a Full-HD+ resolution of 1080×2280 pixels.

Powering the phone will be the Qualcomm Snapdragon 660 SoC, coupled with 4/6GB of RAM and 64/128GB of internal storage. A dedicated MicroSD card slot is expected too.

In the optics department, the Max Pro M2 will bear a total of three cameras at the rear, followed by a single shooter on the front. We don’t know exact specs of the camera, but as far as the speculations go, Asus would use a primary RGB sensor clubbed with a depth sensor and a wide-angle shooter.

The device will run Android 8.1 Oreo out of the box, backed by a large battery just like the Max Pro M1 which had a 5000mAh cell.

It will be unveiled first on Dec 11 in Indonesia, as teased by the company on Twitter, after which it will land in other global markets including India. Stay tuned.