Until just last month OnePlus was in a category of its own with no competition nearby. OnePlus’s approach till now has been to cater specs hungry audience by using the latest & greatest hardware coupled with good design and a functional software at upper mid-range prices. Now this approach is being implemented by other players as well and things have changed just in a span of a month.

Enters the Zenfone 5Z, Asus’s very own ‘pocket friendly flagship’. Asus this year has seen success in the budget smartphone segment with the Max Pro M1 and is now after OnePlus. The takeaway here is that the base variant of the Zenfone 5Z starts at Rs. 29,999 while the similarly spec’d OnePlus 6 costs Rs. 34,999. Now at that insane price, Asus is not only going after OnePlus but is taking out Nokia 7 Plus as well.

Now before starting we would like to add that lower pricing doesn’t necessarily mean a value for money product, so let’s dive in and see which amongst the two performs better.

Read our review of the Asus Zenfone 5Z and OnePlus 6, for more in-depth coverage.

Both the smartphones feature glass back design and the construction seems solid. The Zenfone 5z being a little shorter is easier to hold for longer durations while the OnePlus 6 with its 3D back is more pleasing to the eye. Apart from the usual set of buttons, the OnePlus 6 also sports an ‘Alert Slider’ which comes handy for switching ringing profiles and in our opinion should be adopted by other phone manufacturers as well. 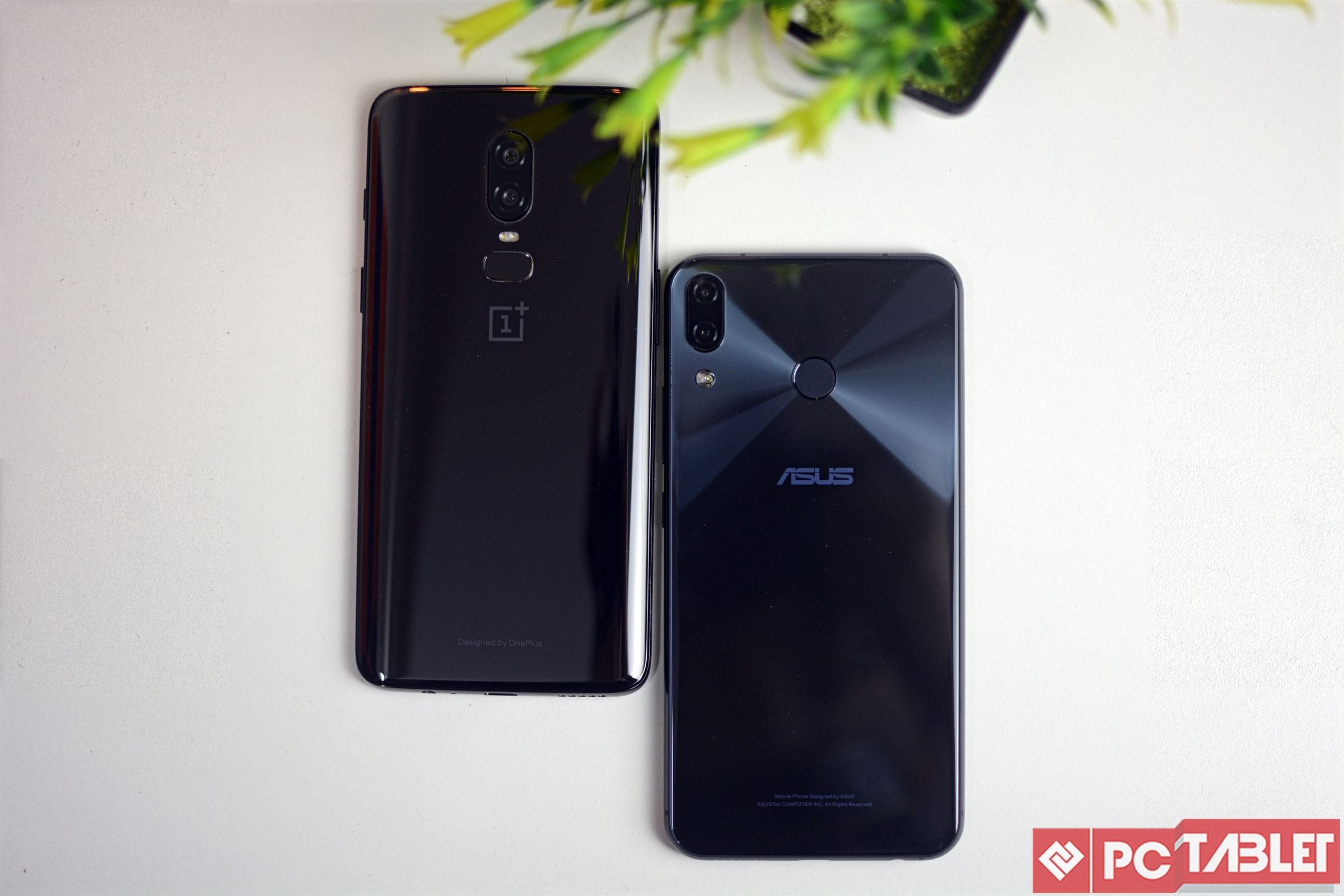 Another thing to mention is the choice of colors that OnePlus has gone, OnePlus 6 is available in 3 color variants, while the Zenfone 5Z comes in with two colors. Overall, the Zenfone 5Z is a little more ergonomic but this is more of a subjective choice and we will leave the final decision to you.

OnePlus has been using one of the best AMOLED displays available in this price bracket for quite a while now and OnePlus 6 is no exception. The panel quality and color reproduction of the 6.2-inch display is similar to the one found on the OnePlus 5/5T. On the other hand, the Zenfone 5Z features a 6.2-inch IPS LCD panel and we must say that this is the best LCD panel that we have on any smartphone. 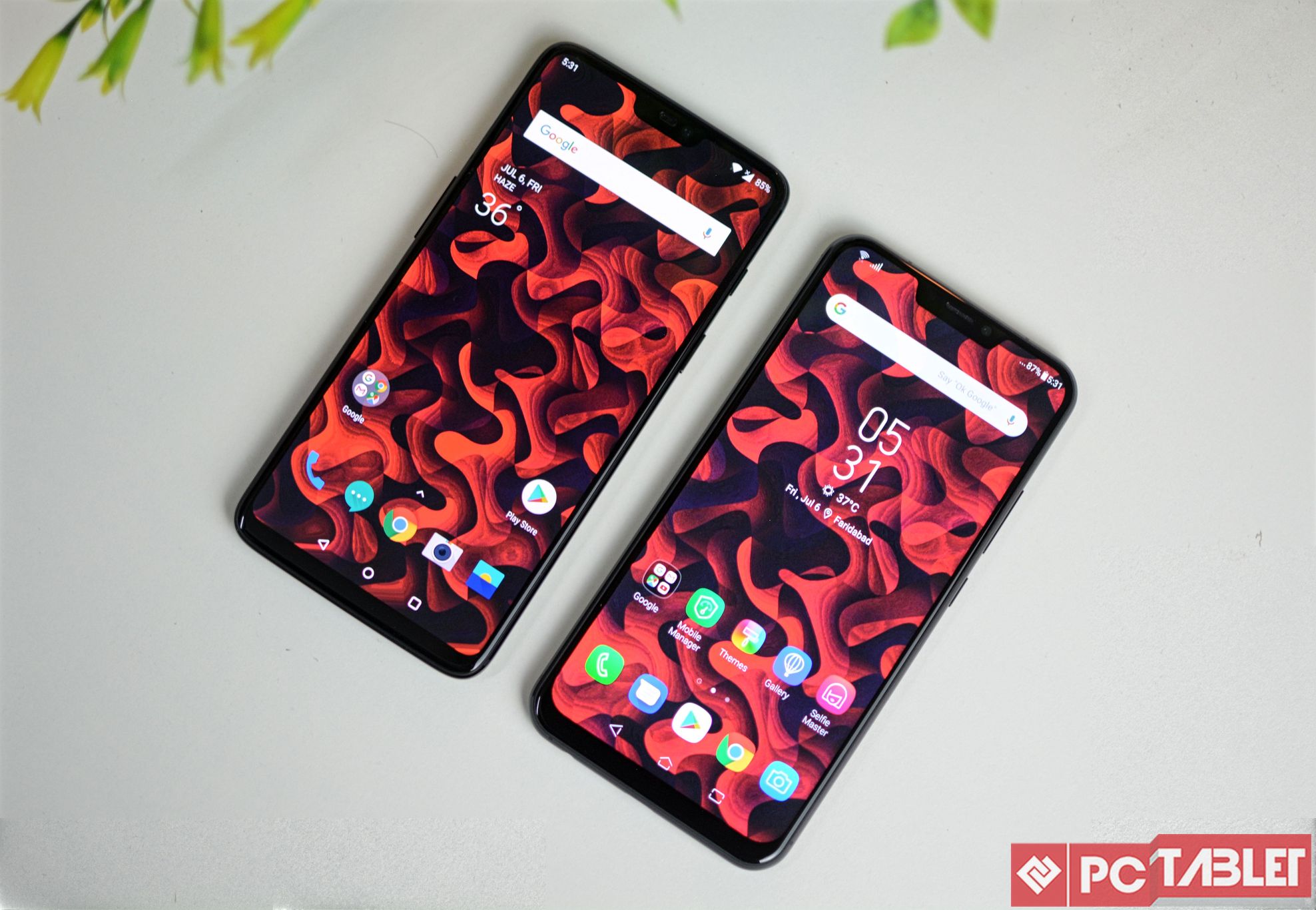 This is due to the wider color gamut that Zenfone 5Z’s display supports. Apart from this, both smartphones feature a notch, the notch on the OnePlus 6 is shorter than the one found on the Zenfone 5Z but if narrow bezels are thing then the Zenfone 5Z takes the lead here.

There is also a color temperature sensor on the Zenfone 5Z that constantly adjusts the tone of the display to get those crisp colors.

According to us the Zenfone 5Z is a clear winner here due to its more balanced and efficiently calibrated display.

Both the smartphones run on Android 8 Oreo out of the box with custom skins on top. OnePlus’s OxygenOS closely resembles the stock android but with some added functionality and tweaks. The Zenfone 5Z features Asus’s ZenUI which is now feels very fluidic and toned down to provide better overall experience.

Now talking about the software updates, both smartphones will be getting the Android P update in the coming months but one thing to point out is that the OnePlus 6 is among the few smartphones that can run the Android P developer preview right and on top of that OnePlus has promised to provide two years of Android updates and three years’ worth of security patches to its entire range of smartphones.

For us OnePlus 6 is a winner in this category.

Qualcomm Snapdragon 845 is being used on both of these smartphones with the same RAM and storage variants as well. While Zenfone 5Z’s top model is available at Rs. 36,999, OnePlus 6 is priced at Rs. 43,999, making the price difference massive. You get NFC, Bluetooth 5, UFS 2.1 storage and dual band wifi on both the smartphones. The fingerprint sensor is placed on the back on both of them but the unlock speeds are better on the OnePlus 6, face unlock also works better on the OnePlus 6. 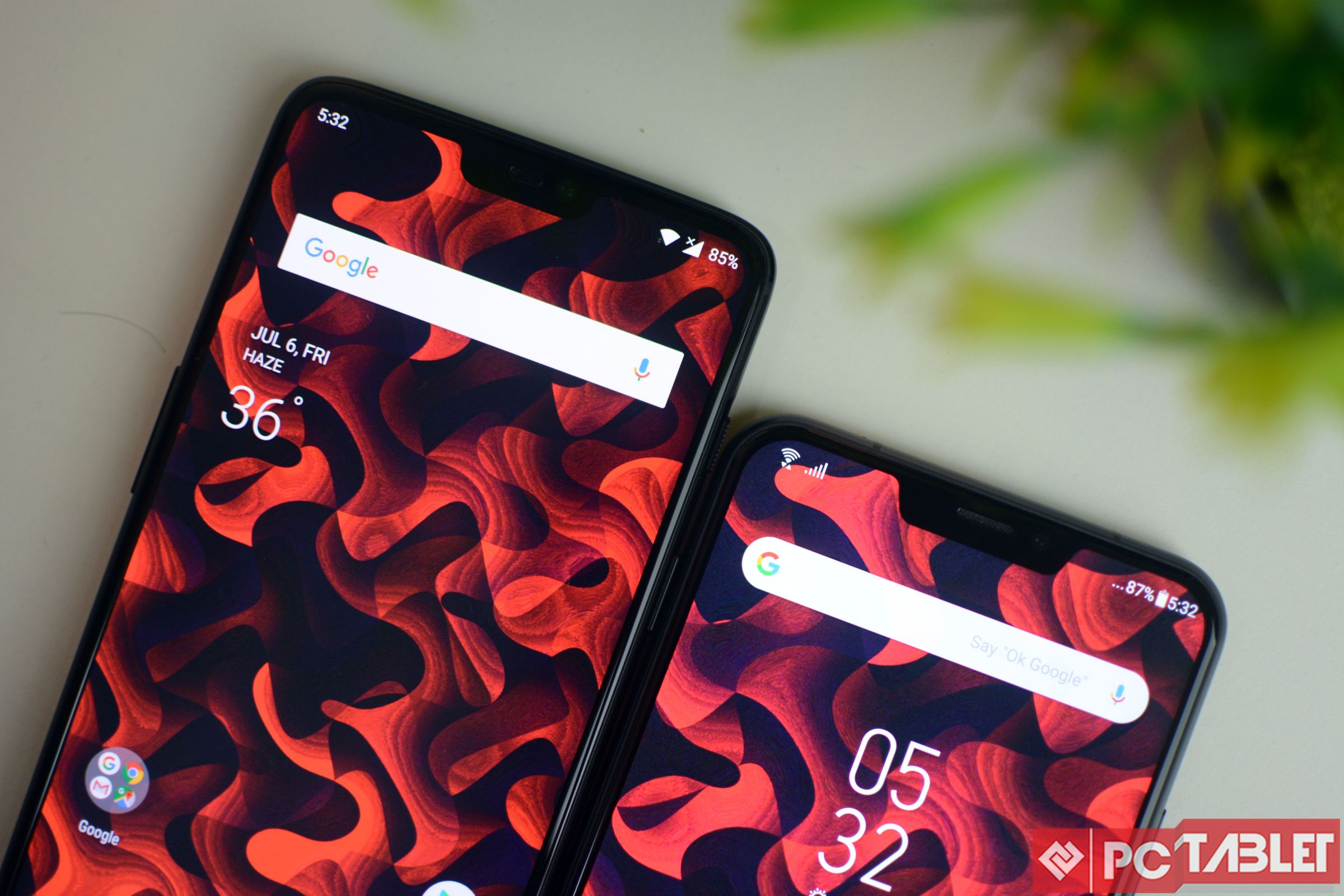 The area where Zenfone 5Z shines is audio, it’s got stereo speakers with dual DAC. Also available is DTS HeadphoneX with 7.1 channel surround sound. Apart from this there is support for AptX HD as well for better audio experience on wireless headphones. Finally, the ZenFone 5Z supports expandable storage with a hybrid dual-SIM slot, which is a nifty addition.

Considering all the extra goodies you get with the Zenfone 5Z it’s a clear winner here.

Though both same internals it’s the Zenfone 5Z which feels a bit snappier while opening and switching between apps. This is due to the AI being used and a tech developed by Asus called the Optiflex which keeps frequently used app in memory for better performance. On the other hand, OnePlus 6 gets an edge over the Zenfone 5Z in the benchmarks.

Coming to gaming, both smartphone perform equally. Games like Asphalt 9, Pubg are playable at highest graphics settings without any hiccups or frame drops. Talking about the battery, both smartphones can easily last you a full day. Fast charging is enabled via the Type C ports. OnePlus uses its own Dash Charging while Asus sticks to Qualcomm’s QuickCharge 3.0. Charging times on both the smartphones is similar and can top up a fully drained battery to roughly 50 percent in half-an-hour.

Indoors and in low light, the Zenfone 5Z captures slightly brighter images, now this is due to the bigger sensor size and the AI being used by Asus. When taking portrait shots, the images taken by the OnePlus 6 have slightly better edge detection due to the 20-megapixel secondary sensor, while the Zenfone 5Z uses an 8-megapixel wide-angle lens which we feel is more useful than a dedicated depth sensor. The 16-megapixel selfie camera on the OnePlus 6 is able to capture better detail due its high resolution sensor but the color reproduction on the Zenfone 5Z is on point.

The OnePlus 6 and the ZenFone 5Z support 4K video recording up to 60fps and slow mo at 480 and 240fps respectively. Both the phones do a decent job under most lighting conditions and EIS works great too.

Verdict – Which one should you pick?

The Asus ZenFone 5Z does everything that the OnePlus 6 does and even does some things better. The added ability to expand storage, better display and quality audio experience is just cherry on top. The Zenfone 5Z is lighter, features a quality design, has AI features, and offers good camera performance with a more useful secondary camera. The pricing of the Zenfone 5Z just beats the OnePlus 6 by quite a margin.

Considering the price and feature list, we would definitely consider the Zenfone 5Z over OnePlus 6 any day.