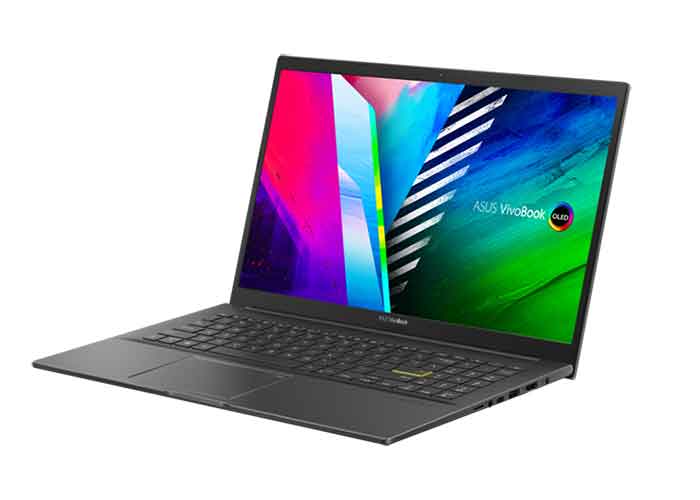 Asus has announced its new VivoBook 15 OLED laptop in India. The laptop comes in multiple configurations starting with the Intel Core i3 CPU for the base model to Core i5 and Core i7 processors for the more performance-oriented versions. Then there also is the model with an AMD Ryzen 5 processor. The laptop features 16 GB of DDR4 RAM on the top model along with 512 GB M.2 NVMe SSD or 1 TB SATA HDD for internal storage. The laptop offers a 15.6-inch of display and currently runs Windows 10 out of the gates. Asus though said the laptop would support Windows 11 when the latter becomes available.

The Asus VivoBook 15 OLED range may come powered by different processors though there are several things common to all models. That includes the same 15.6-inch OLED panel having a resolution of 1,920 x 1,080 pixels. The display offers 400 nits of peak brightness and has a 16:9 aspect ratio. Other highlights of the display include VESA DisplayHDR 500 True Black, 100 percent DCIe colour gamut, and Pantone validated colour reproduction. Besides these, the display also comes with TUV Rheinland certification for low levels of blue light.

The choice of processor ranges from Intel Core i3-1115G4, Core i5-1135G7, and Core i7-1165G7 chipset while there is also the model featuring the AMD Ryzen 5 5500U CPU. All the processors feature integrated GPU and are coupled to either 8 GB or 16 GB of DDR4 RAM. For storage, you have up to 512 GB of M.2 NVMe PCIe SSD or a max of 1 TB SATA HDD storage. The laptops feature Intel Deep Learning Boost AI acceleration and AV1 media encoding and decoding technology for enhanced performance.

Power comes from a 42 Whr lithium-ion battery. Connectivity options the Asus Vivobook 15 OLED laptop offers include dual-band Wi-Fi 6 and Bluetooth v5. Then there are a pair of USB 2.0 ports as well along with a USB Type-C 3.2 Gen 1 port, a USB Type-A 3.2 Gen 1 port, and an HDMI 1.4 jack. Plus, there is a 3.5 mm headphone jack and a microSD card reader as well. However, at 1.8 kilos, the Asus Vivobook 15 OLED isn’t the lightest around.