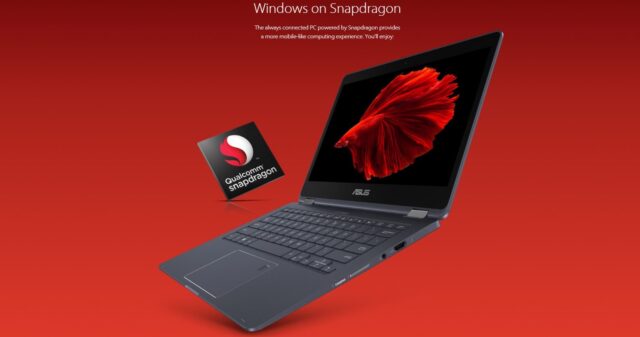 Asus recently announced the release of world’s first Gigabit LTE laptop with houses blazing fast download speeds which enables the user to download a high-quality 2-hour movie within 10 seconds. Asus CEO Jerry Shen announced ASUS NovaGo (TP370) at the second annual Snapdragon Technology Summit in Maui, Hawaii. The new laptop is based on the theme of providing users connected mobility with an always-on, always connected concept. The laptop is sleek and ultrathin to add to the mobility which is powered by the Qualcomm Snapdragon 835 Mobile PC Platform; featuring a powerful modem Gigabit Snapdragon X16 LTE to help attain download speeds that exceed the average speed of any home-based Wi-Fi. The laptop accommodates a 22-hour single charge battery life along with a long standby time of 30 days. For providing seamless connectivity irrespective of borders, the NovaGo has a built-in eSIM.

Marking the beginning of the three-day event Mr. Shen joined Executive Vice President of Qualcomm Technologies, Inc. and President, Qualcomm CDMA Technologies Cristiano Amon onstage and said, “Today marks the beginning of a new era of personal computing, and ASUS is very proud to be paving the way with Qualcomm Technologies and other partners to develop this new landscape for ‘Always Connected’ Windows on Snapdragon PCs. ASUS NovaGo reinvents the concept of laptop connectivity and productivity — it’s the world’s first laptop that is connected anywhere, at any time, with the new Gigabit LTE network; and lasts up to 22 hours on a single charge for beyond all-day battery life.”

NovaGo has been designed for tech-friendly users who desire a blazing-fast connectivity along with exceptional power efficiency while allowing mobility for the users. Qualcomm, along with ASUS has incorporated the latest windows 10 accompanied by an elegant design. The laptop provides a download speed of up to 1Gbps with a global connectivity provided by the 4CA (4 LTE band aggregation) which supports covering numerous bands. The laptop also houses four antennas which make sure that the user gets a blazing fast connectivity backed by LTE Advanced Cat 16 cellular networking. The dual-band 802.11ac Wi-Fi and MU-MIMO technology present inside the laptop has the capability of providing download speeds up to 867 Mbps.

The NovaGo is integrated with eSIM that ensures users are always connected via various carriers without having to switch the SIM cards. One can simply get connected with the local network carriers by activating the suitable data plan from the windows store. Data sent via the 4G and 5G band is safer than any public Wi-Fi and is encrypted to provide ample security and privacy. NovaGo flaunts a display size of 13.3-inch Full HD with multi-touch capacity with a light weight of 1.39kg only. Two high-quality stereo speakers with smart amp increase the overall sound related experience.

For continuous video playback, the NovaGo lasts up to 22 hours for a single charge with more than 30 days of standby time. This Gigabit LTE laptop carries memory up to 8GB with a 256GB Universal Flash storage 2.0 along with two USB 3.1 Gen 1 Type-A ports and an HDMI too. The laptop is a great platform for popular apps such as PowerPoint and Outlook, Photoshop or InDesign, Spotify as well as Netflix. Asus has been planning to make the NovaGo available first at the United States, United Kingdom, Italy, France, Germany, Taiwan and mainland China with pricing set at $599 and $799 depending on the configuration. The laptop comes with two configuration settings of 4GB RAM/64GB UFS 2.0 and 8GB RAM/256GB UFS 2.0.