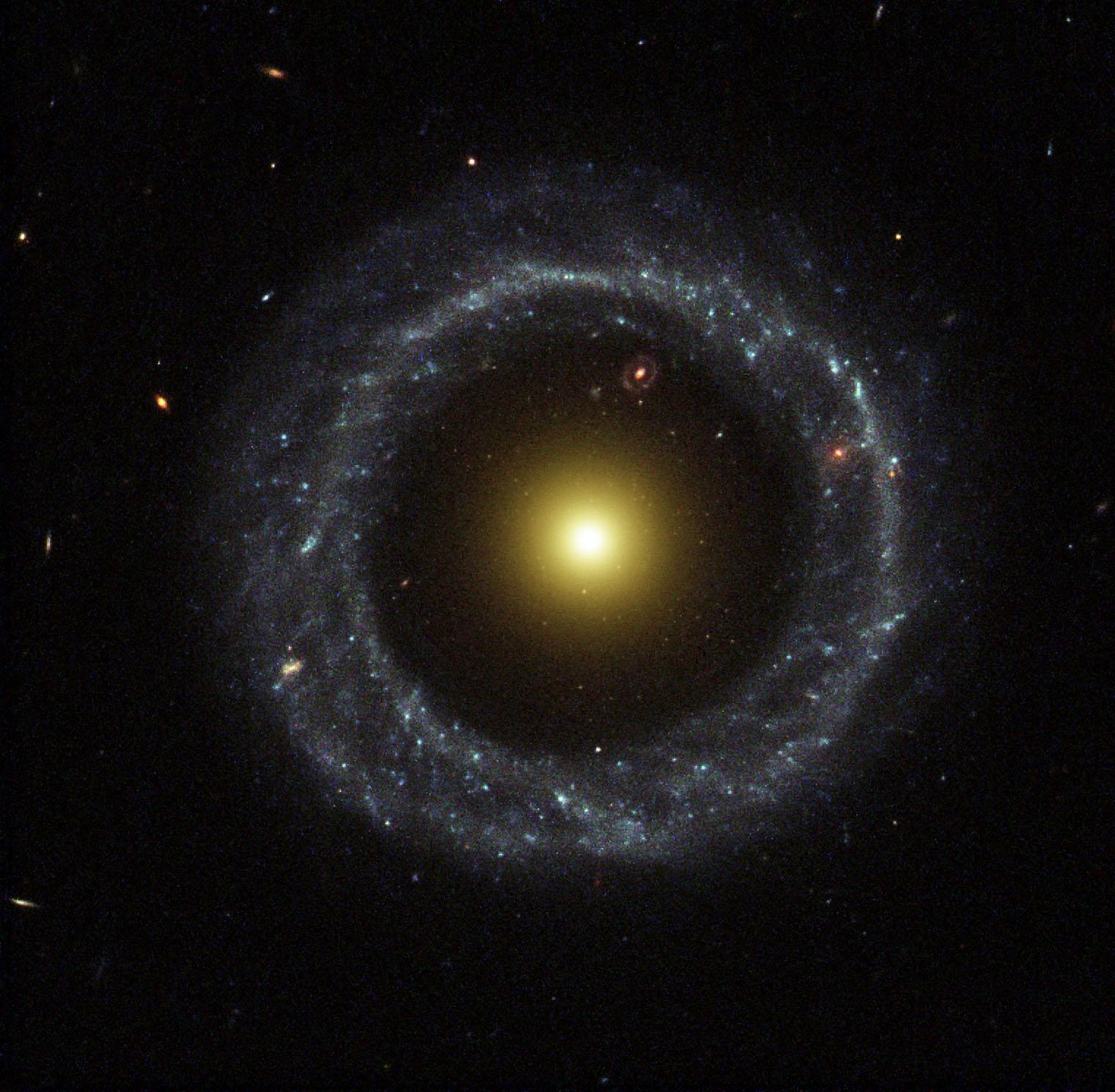 Astronomers have spotted a unique Hoag-type galaxy which has an elliptical core and is surrounded by two circular rings. The Hoag-type galaxy is extremely rare and forms only 0.1% of all observed galaxies. Hoag-type galaxies were first discovered by Arthur Hoag who was first not able to understand the structure of the galaxy and presumed it to be planetary nebula or a peculiar galaxy. Hoag had also proposed that the bright blue circle was a result of Gravitational Lensing. However, later research revealed that the ring and its nucleus had the same red shift negating the possibility of gravitational lensing.

Normally Hoag –Type galaxies have a round red core surrounded by a circular blue ring. The annular ring is composed of young stars with a core composed of older stars. However what confounded the astronomers is the presence of a second ring. The Hoag Type galaxies are extremely rare, and most galaxies are disc-shaped just like out Milky Way galaxies. Galaxies with shapes unique from the disc shape are rare and give a rare opportunity to understand the birth and death of stars.

Using multi-waveband images of the galaxy taken from large diameter telescopes in Chile Mountains, scientists determined the age of the outer ring and the core. As expected, the outer ring was younger and 0.13 billion years old while the center was 5.5 billion years old. However they also unexpectedly discovered a second inner ring.

Most Hoag Type galaxies had only one ring, but this galaxy was unique and had an older diffuse red inner ring. The rings of a galaxy are a region where the stars are formed. However, the presence of two colored rings hints that this galaxy had gone through two different formation period. Many details of the Hoag Type Galaxy are still unknown and it is still a mystery, how these galaxies are formed. Some propose that it could have been the result of a collision of a small galaxy with a large disc-shaped galaxy.