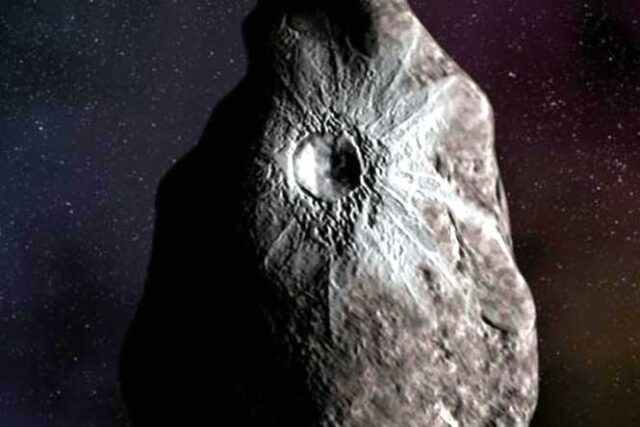 Astronomers have confirmed the presence of an exoplanet as massive as the Uranus orbiting 370 million miles from its parent star, which is only slightly lesser than the distance between our Sun and the Jupiter. They discovered this Uranus sized exoplanet using a technique called gravitational microlensing.

Two independent teams of observers have confirmed the existence of this exoplanet using NASA’s Hubble Space Telescope and the W M Keck Observatory in Hawaii.

Most exoplanets cataloged so far are much closer to their host stars, mainly because the techniques used for spotting planets and exoplanets till now favor finding planets in short-period orbits. With microlensing, however, astronomers will now be able to find farther and colder planets in long-period orbits.

Microlensing occurs when a foreground star amplifies the light of a background star that aligns with it for a very very short duration- a fraction of a millisecond (1/3,600,000°). For this short period, the closer star acts like a magnifying glass, boosting the star in the background.

In a news release, one of the researchers – David Bennett said, “These chance alignments are rare, arising only once every 1 million years for a given planet, so it was thought that a very long wait would be necessary before the planetary microlensing signal could be confirmed.”

He further added, “Luckily, the planetary signal predicts how fast the apparent locations of the background star and planetary host star will distinct, and our observations have confirmed this prediction. The Hubble and Keck Observatory data, therefore, provide the first confirmation of a planetary microlensing signal.”

Though the astronomers have discovered nearly three dozen potential exoplanets using this technique, they need to know a lot more about these heavenly bodies before they can confirm their presence. To be able to do that, they either need to watch the closer star pass in front of another farther star, a celestial occurrence which might take many thousand years, or wait till the stars are far enough to send distinct signals of their own.

One of the teams headed by Virginie Batista (Astrophysics Institute of Paris) has employed the latter technique to confirm the presence of this planet.

The newly discovered exoplanet is a K5 main sequence star and almost 70% as massive as our Sun.