Chile: Astronomers have discovered an exoplanet, named 51 Eridani b, not more than 100 light years away from earth. The find was made by Gemini Planet Imager (GPI), which watches for faint, young planets orbiting bright, relatively nearby stars. The newly found exoplanet is claimed to house a rich volume of methane gas.

From initial images, it looks like how Jupiter looked in its early days.

What’s the point of this study?

If scientists can dig deep into this finding, they can figure out more about its birth, which can further solve the mystery about Jupiter’s origin as well.

As per the reports, the age of this exoplanet and its planetary system isn’t more than 20 million years i.e. 100 times lesser than the age of Earth and its solar system.

Jupiter is a mature planet now, but this exoplanet, which resembles Jupiter is still in its initial stage – a toddler by astronomical standards. Thus, it can help scientists figure out the circumstances that were there when Jupiter was born.

In terms of size, it’s more or less identical to Jupiter but twice of its mass due to extra density. Based on the initial date available by the scientists, the distance of this exoplanet from its parent star comes 2.5 times more than Jupiter’s from Sun.

Researchers involved in this study claim it to be one of the smallest planets ever found beyond the boundaries of earth’s solar system.

Like Oxygen on Earth, this exoplanet has an excessive volume of methane and can help scientists to figure out how such planets evolve and survive for so long.

According to Mark Marley, co-author of the study, it has a methane-rich atmosphere similar to Jupiter. 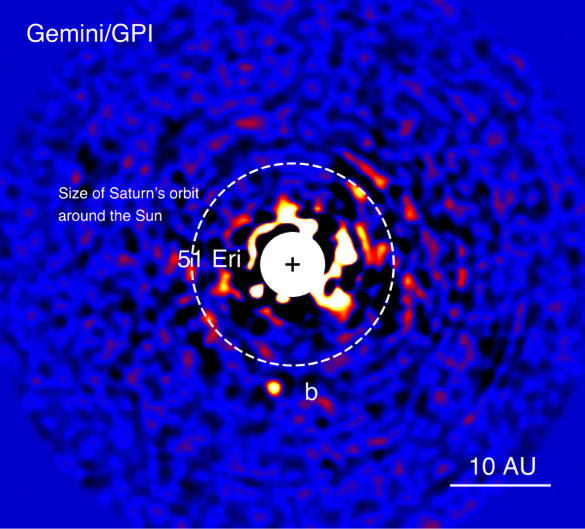 Researchers hope that it will cool down with time, and start looking similar to Earth’s gas rich neighbor.

Details of this study have been featured in the latest issue of Journal Science.