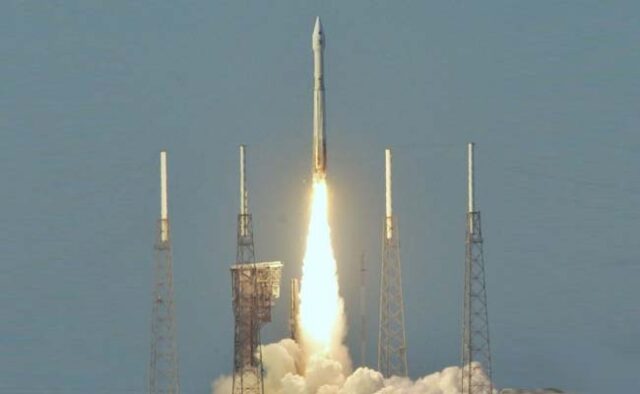 A lot of research has been taking place to get more details about the Asteroids present in our solar system as well as outside it. And recently an unmanned spacecraft launched by NASA for an asteroid mission came nearer to Earth to get a gravity boost. The US space agency said that this gravitational slingshot maneuver would help the spacecraft to obtain a better aim towards its journey to the Sun-orbiting space rock, Bennu.

The spacecraft named as OSIRIS-REx (Origins, Spectral Interpretation, Resource Identification, and Security – Regolith Explorer), took this much-needed gravity boost while it was halfway from earth for its two-year journey to Bennu. After the spacecraft made its closest approach towards earth, NASA Twitter account for OSIRIS-REx, tweeted that the preliminary results were in and the Earth Gravity Assist mission was successful. This mission was launched last year, i.e., in 2016 from Cape Canaveral, Florida. The spacecraft’s main target is to collect a sample from Bennu in 2018 and then return it to Earth in 20123 for further study.

Dante Lauretta, OSIRIS-REx’s principal investigator at the University of Arizona, Tucson, said that the gravity assist was a clever way to successfully move the spacecraft towards Bennu’s orbital plane by using Earth’s gravity rather than expending fuel.

The spacecraft zoomed past over Antarctica at a distance of about 11,000 miles and with the help of Earth’s gravity, it shifted its trajectory so that it could eventually reach Bennu without any disruptions.

Bennu is considered as a primitive, carbon-rich asteroid and it is believed that this cosmic body might have supplied life-sustaining materials to our Planet billions of years ago. At the time of Gravity Assist, OSIRIS-REx was also close to some Earth-orbiting satellites present in space, but it swung past safely.

The asteroid-bound spacecraft lost communications with Earth for almost an hour during its ‘flyby,’ but this was bound to happen as the spacecraft was too low relative to the southern horizon to get viewed with either the Deep Space tracking station at Goldstone, California or Canberra, Australia.