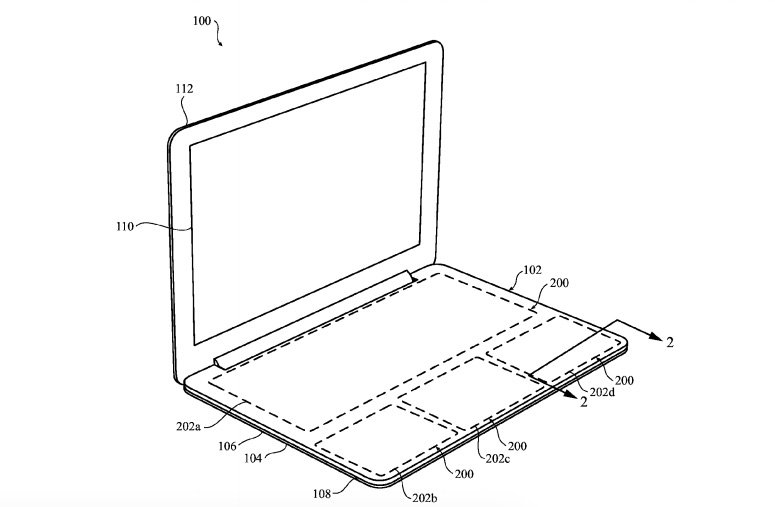 A news of a patent filed by Apple Inc. recently surfaced on the Internet, featuring touchpad keyboard for MacBooks. The patent titled as “Zero Travel” may replace physical keys on MacBook keyboards with a jumbo trackpad in near future. A patent filed in September 2015 was published on April 8, 2016, showcasing possible future of notebook keyboards.

“Zero Travel,” as the name suggest, is a possible colloquialism referring to mitigation of physical key travel or movement of keys on a keyboard.

Another feature that might be associated with the technology is the provision of tiny fissures on the trackpad which could function as an implicit backlight marking the virtual keyboard.

However,  the filing of a patent does not necessarily mean that the multinational technology giant will incorporate the feature in the very next version of the MacBook.

But the possibility of a trackpad working as the keyboard is not too far away. Apple has already incorporated multidimensional touch in its flagship mobile devices along with an improved force touch trackpad in all the MacBooks.

Apple may surprise us with this latest advancement in the near future. The introduction of a technology of this sort will allow a significant decrease in the size of MacBooks as well as proving to be a lot more than just a simple keyboard.