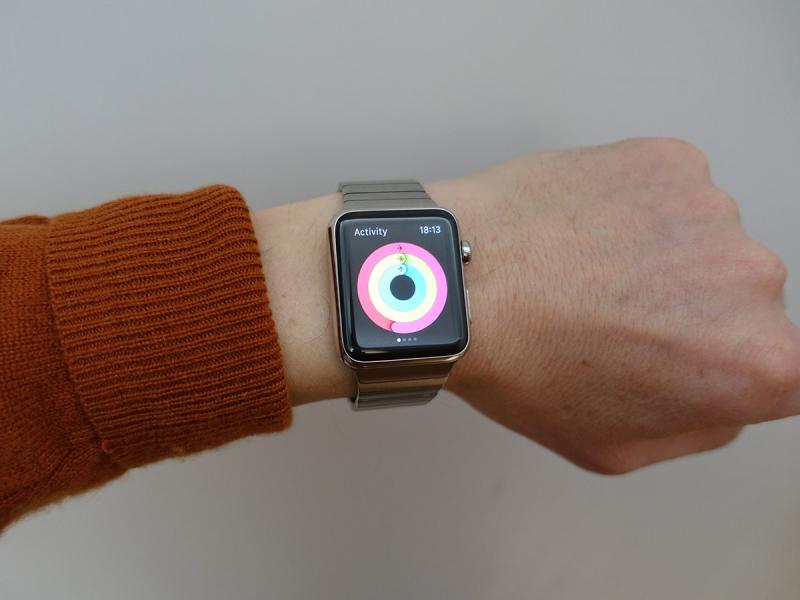 Cupertino, CA— The study conducted by CrowdFlower overtly conveyed that 64% of women find the watch a great buy, whereas 53% of men voted in favor of the watch.

70% of the tweets emanated from the gizmo-frenzy guys.

The underlying concern is that 22% of people around tweeted negatively about the varied app bugs.

CrowdFlower, a California-based firm handling data mining analyzed and duly assessed 30,000 tweets, since the inception of Apple Watch in the market on April 24.

Apple Inc has a number of useful apps built-in, whereas other apps may not appear in limited space.

Tim Cook and his team came up with Apple Watch, which is between a Bluetooth-based headset and an iPhone.

Users cannot quite delete or hide 20 built-in applications. The watch shall have 3500 odd apps available. However, reviewers confirmed that the apps is not high-end and do not do justice to the brand value, since quite a few of the expected functionalities are missing.

Apple smartwatch hardly has any folders. Users can easily reorder any home screen in order to sort out myriad of apps. The built-in Apple Watch’s applications are worth being put near the center.

A plethora of apps

Activity is a useful app that shows progress towards personal fitness. Passbook and Apple Pay are default card apps used for holding face of the watch easily over some credit card terminal, until any transaction is carried out.

There are other enthralling apps like Camera Remote, Clock App and Friends App. On tapping a friend, Apple quickly prompts users with options to message or call any friend.

Apps like Messages, Music, Weather and Workout are other commendable apps which are luring and hooking customers.
Meanwhile, eBay Inc has silently got Apple Watch removed from the listing for featured apps.

Apple has voiced its protests and has responded, seeking re-listing. There is great confusion regarding this abrupt removal, as no proper reasons have been shared.