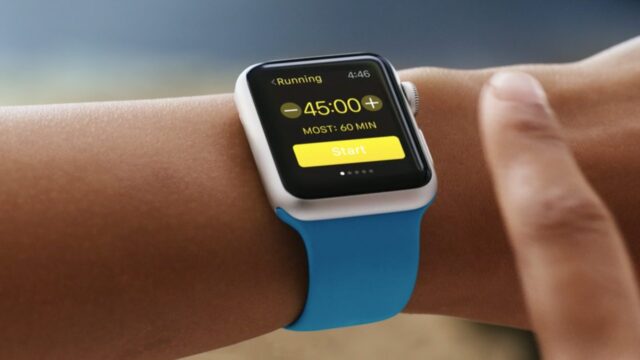 The upcoming wearable from Apple prompts the most important question as to how long it will last on a single charge of battery. The answer is that Apple’s target is 19 hours for mixed usage including long periods when the display is off. According to a news report, it suggests that the Smartwatch will offer 2.5 hours of continuous use for processor intensive applications like games.

It would also support 4 hours of active fitness tracking in the background and 3.5 hours of uninterrupted use for standard apps. However, as per the report, the initial hardware may not really live up to the expectations. The report also states that the officials of Apple had expected higher numbers and that this fact caused the delay in the launch from late last year to early next.

Facts Regarding The New Apple Smartwatch

Some of the Apple fans might end up scratching their heads when comparing the 3.5 hours of app use, which seems to be abysmal when compared to devices like the iPhone. In spite of this, even if the figures are not up to expectations, it will not hurt the success of the Smartwatch among consumers. One of the reasons behind this expected success is that the device is actually meant to be a gadget for occasional use. The initial limitations for developers back up this fact.

The Apple developers are aiming at a device that allows for quick action rather than prolonged usage. This is the reason that Apple is setting its developers in order to utilize the platform as a medium for necessary information from the smartphone.

The existing device capabilities of Apple are also working to its advantage. This is because the field of Android Wear devices almost offers the same in terms of battery consumption. Some may even be doing worse than these and some are doing marginally better. The consumer expectation is set at lower active usage time and requirement of daily battery charging.