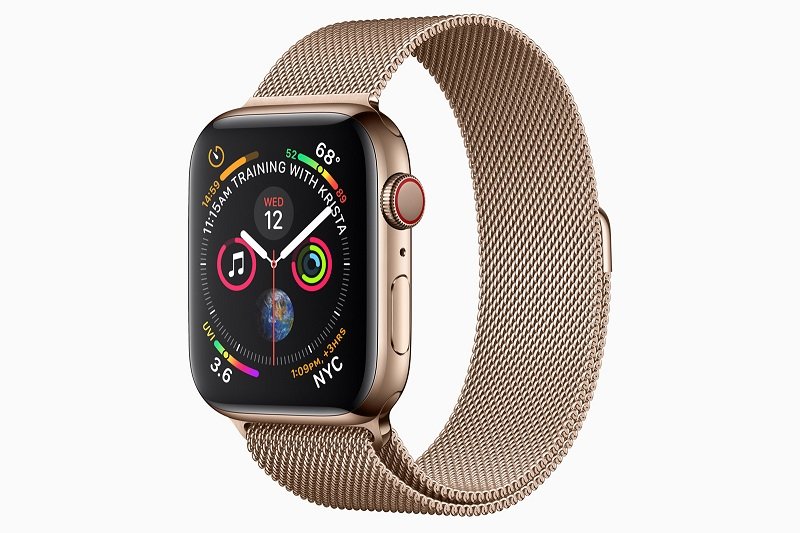 Apart from unveiling the latest iPhone Xs range and the iPhone Xr, Apple also announced its next generation smartwatch, the Apple Watch 4. The company’s latest smartwatch gets several upgrades as well as new features.

To begin with, Apple Watch 4 now sports a 30 percent larger screen with much smaller bezels. Under the hood, it gets the new S4 chip which claimed to perform twice as fast compared to its predecessor. Apple also claimed its latest smartwatch offers 18 hours of battery life. The watch is now equipped with a speaker that is 50 percent louder, said Apple.

However, the most hyped feature of the latest Apple Watch 4 is the built-in electrocardiogram (ECG or EKG feature). This feature gives users a heart sensor on their wrists as it can detect irregular heartbeats. Another new addition is the Fall Detection feature. As the name suggests, the feature can whether a person is falling and automatically dials emergency services if the wearer doesn’t get up after the fall.

The new Apple Watch 4 will come in 40mm and 44mm screen sizes and will be offered in a choice of three aluminium finishes. These include silver, gold and space grey. It’ll start at $399 for the Wifi-only model, while its LTE model will cost $499.  Pre-orders for the Apple Watch 4 begin on Sept. 14, while shipping starts Sept. 21. We’ll update this article as soon its India pricing is announced.

In case you missed, Apple announced three new iPhone models on Wednesday. These include the iPhone Xs, iPhone Xs Max, and a more affordable successor to the iPhone 8 called the iPhone Xr.