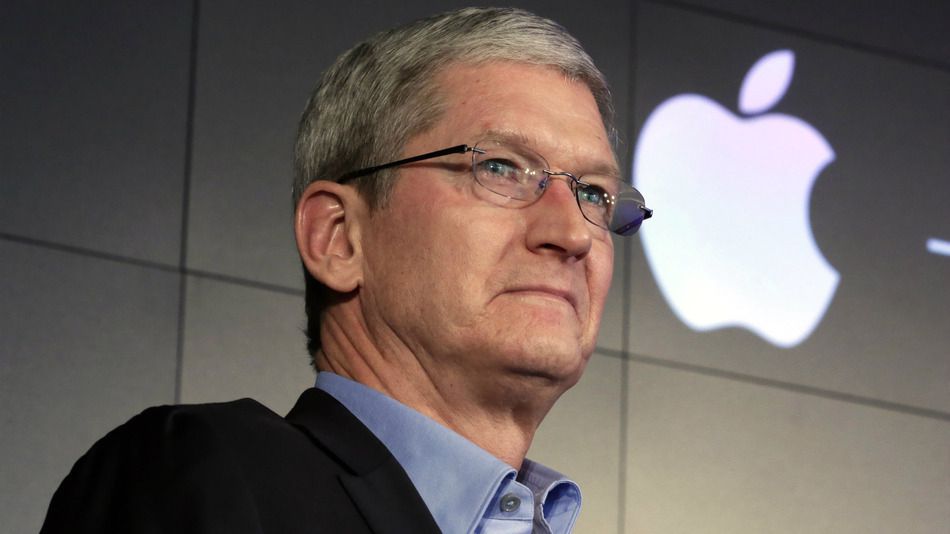 Apple sold over 74.7 million iPhones and registered $75.9 billion in revenues for its fiscal 2016 first quarter ended December 26, 2015. The company also posted a record quarterly profit of $18.4 billion. With over 16.1 million iPads sold, there is a slight decrease in the market share of Macs with 5.3 million units shipped during the October to November 2015 period.

Announcing the quarterly results, Tim Cook, revealed that Apple has managed to deliver a biggest ever quarter with innovative products and registered all-time record sales of iPhone, Apple Watch, and Apple TV. With the growth of Services business touching a record high, Cook disclosed that over one billion active devices were installed recently.

Meanwhile, Luca Maestri who heads the finance department of Apple revealed that the record sales combined with high margins drove all-time records for net income and EPS in spite of a very challenging macroeconomic environment.

By generating operating cash flow of $27.5 billion during the quarter, Apple gave away over $9 billion to investors through share repurchases and dividends. Maestri also informed that Apple has completed $153 billion of our $200 billion capital return program. 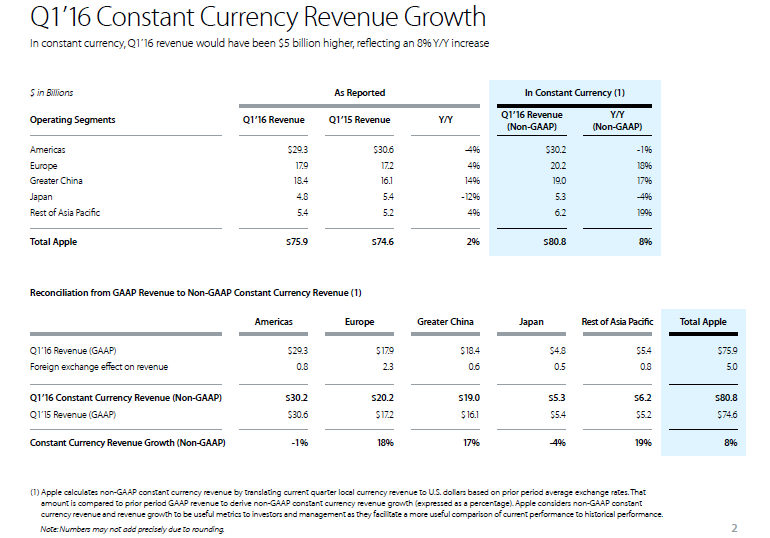 Compared to the 2015 results, the recently released figures are almost the same except the rate per diluted share was $3.06. However, the gross margin was 40.1% compared to 39.9% in the year-ago quarter.

With over 74.4 million iPhones selling for the same quarter period in 2015, Apple had sold 21.4 million iPads and 5.5 million Macs. As you can infer, the market share of Macs has reduced to some extent. 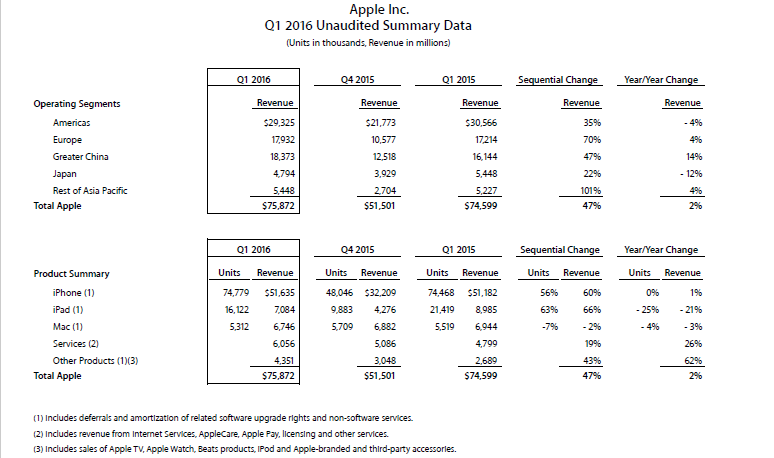 As per the released first quarter results, international sales accounted for 66% of the quarter’s revenue. Terming the reason as competitive, Apple doesn’t reveal the sale figures of Apple Watches.

With the bulk of sales emerging from Apple iPhone 6S and 6S Plus, Apple managed to sell iPad Pro, accessories including Apple TV 4 sales.