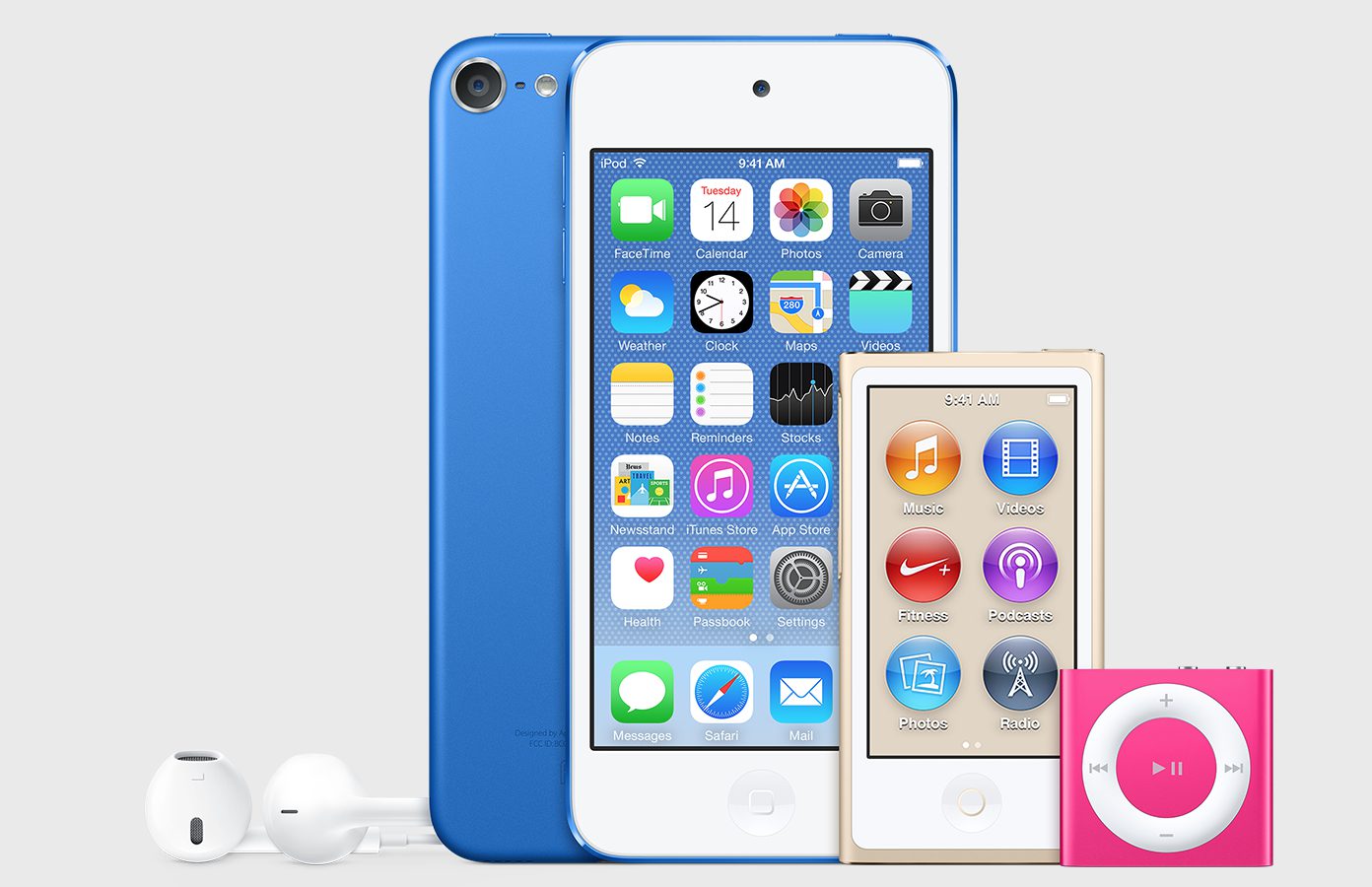 It seems that Cupertino giant – Apple Inc. (NASDAQ: AAPL) have been so hectic offering us upgrades for iPhones, iPads, and MacBook, which it almost forget about the iPods. Since 2012, Apple iPod has not been seen, with the Nano and Touch the last models to be revamped.

But now it looks like Apple might bring back the iPod, fully revamped and progressed with all new features, hardware, services, and colors. Reportedly, renewed models of iPods are arriving with better hardware support and upgraded processors for the Apple iPod Touch on July 14th, 2015 i.e. today.

According to a report by French website Igen, Apple will come up with a whole new lineup of iPods such Apple iPod Touch, iPod Nano and iPod Shuffle in wide range of color options including Gold, Electric Blue, Fuchsia, Gray Sidereal and Classic Black.

With the rumors of the iPod new lineup upcoming today, all we can say is that the devices will not be hugely different from its predecessors, with almost the same build, design, and single internals.

The report also adds that the smaller models of iPod will not receive any major upgrades but the Apple iPod Touch might collect a 64-bit A8 CPU upgrade on the 32-bit A5 CPU, it now houses.

Although the news has not been confirmed officially by Apple, the rumored launch date is based on the code spotted inside the latest iTunes 12.2 software.

Apple has also recently launched its music streaming service named Apple Music and is planning to upgrade the new lineup of iPods to support its new software.