Due to the restrictions Apple puts in place on their iOS devices, iDevice owners are always in need of tools to help them get more out of their device. Tenorshare iPhone Care Pro for Windows promises to deliver such functionality.

Among the features of iPhone Care Pro are a file manager, file cleaner, backup service, ad remover, recovery service, and OS reinstall. Let’s have a look at some of the aspects of this program. 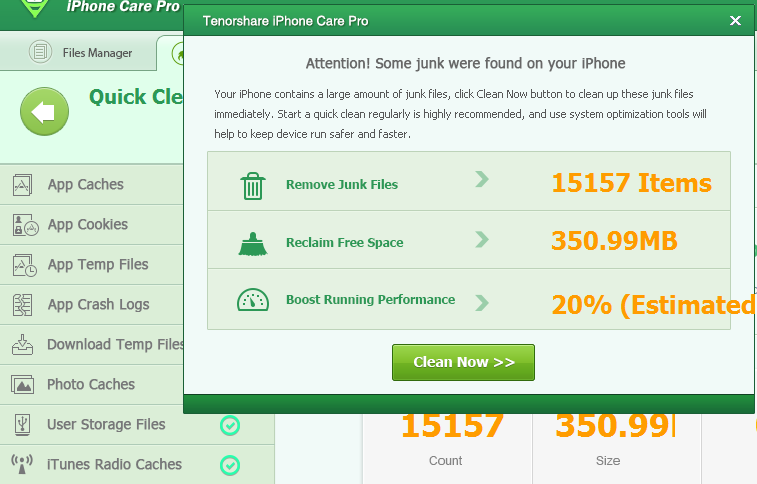 The interface of iPhone Care Pro is pretty well-polished. It looks sleek and behaves as a Windows application should, with no lag. There were some unfortunate issues encountered where text wasn’t positioned correctly. Like in the example above, you can see that the text runs off the bounded area a little bit, but it isn’t too much of a big deal.

The English throughout the application is a little off at times, which makes it pretty obvious that it was written by a nonnative English speaker. It doesn’t really detract from the experience, though.

Overall, the software runs as it should and doesn’t glitch, so there isn’t much else to say about it. It works as intended.

This software is probably meant to appeal to those who hate iTunes with such a burning passion that they can’t even stomach running it. Even if that’s not true, that’s what it does. And it does it well.

Normally, you can’t manage files on your iDevice without iTunes, but third-party programs like this one are breaking those barriers. The file manager will allow you to add, remove, or backup files like music, videos, contacts, and more. 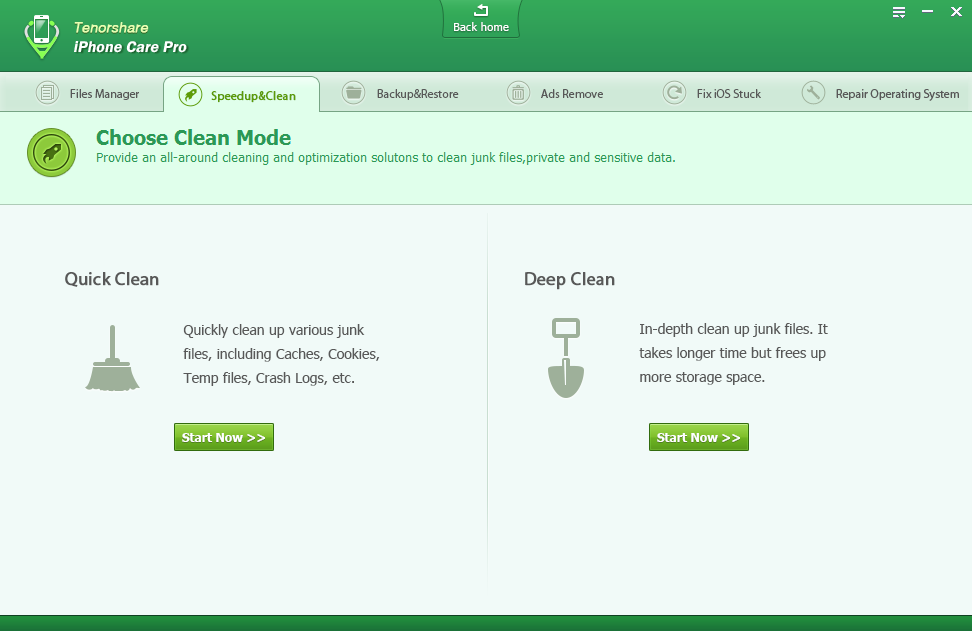 The cleanup tool is likely added due to the popular nature of these programs. They claim to speed up your device and increase storage by removing junk files, but the reality is it does nothing to your device. Most of these files will rebuild themselves in time or when you relaunch the apps they’re attached to anyway. So, in most aspects, it’s not even worth your time. If it is something you’re interested in though, it’ll get the job done for you.

The backup and restore feature works the same as the feature in iTunes, only it doesn’t require launching iTunes. For some, that’s a huge bonus. For others, it doesn’t matter. Use it if you’d like. 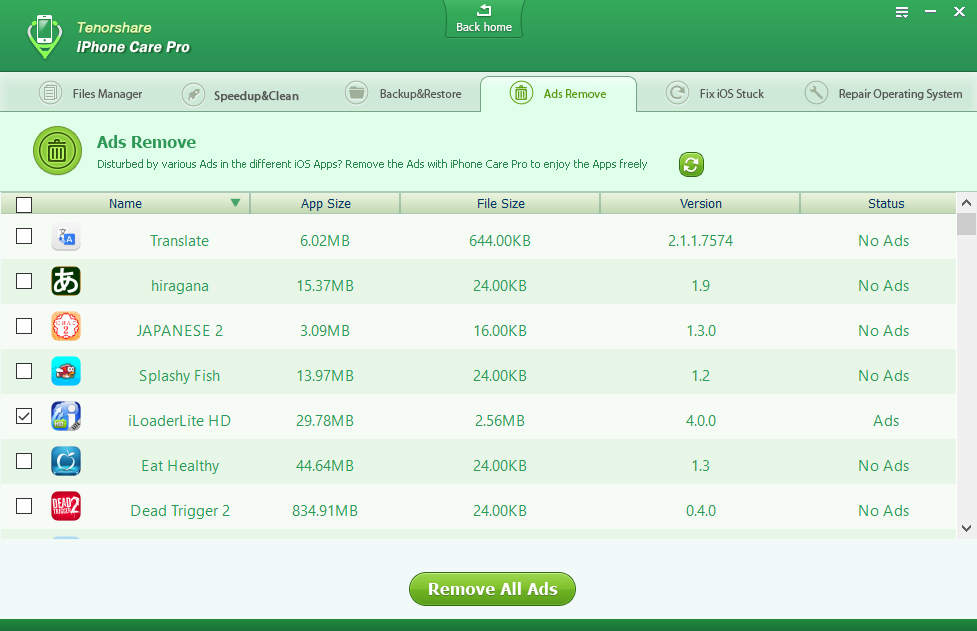 The hero of the application is the “Ads Remove” feature. This feature will remove any ad banners or other ads present in any app on your device. I’m not sure if it works for all apps, but every app I tried it on worked flawlessly. This is possibly worth the cost of admission alone. Ads are extremely annoying in free apps, and this may be worth it for you to put an end to them. 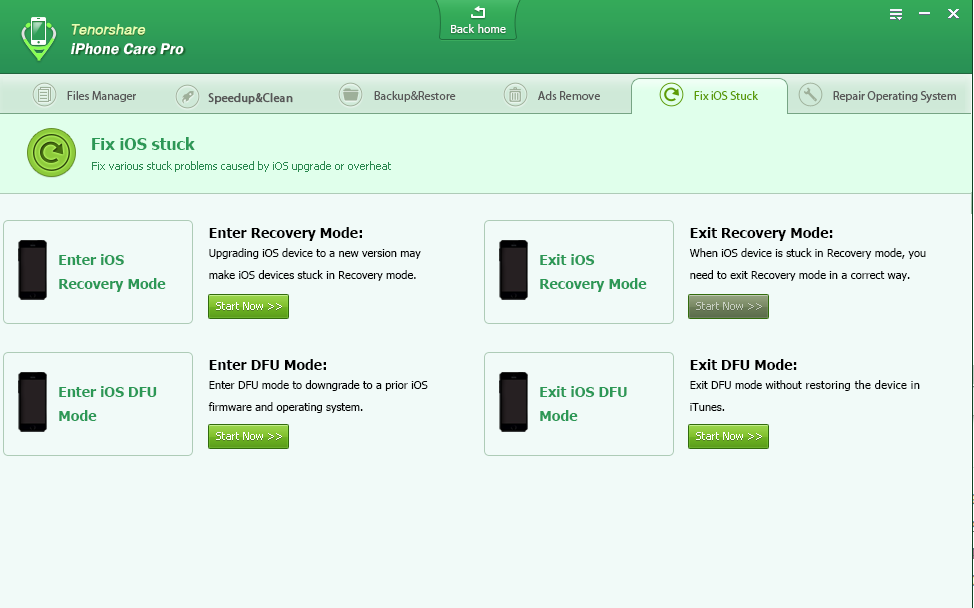 “Fix iOS Stuck” will launch your device into recovery mode or take it out. It can also enter DFU mode for downgrading your OS. Only advanced users would ever need it for such a reason. Most users would only use these features if your phone was frozen in one of these modes. Still, though, it’s nice to have. 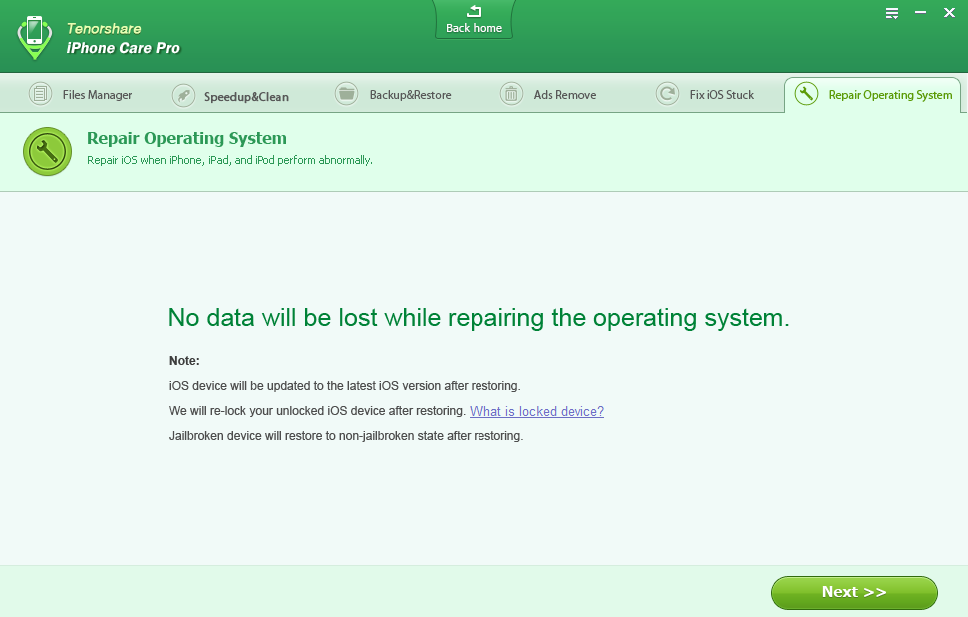 “Repair Operating System” will factory reset your phone and install the latest iOS version, much like the same feature in iTunes. Use it if you don’t like iTunes and need to reset a faulty device.

Overall, iPhone Care Pro is a solid app that provides a great alternative to iTunes with a little extra built in. It can do most of what iTunes can do without the possibly annoying Apple flair. It’s simple and gets the job done without the fluff.

Overall, most people won’t find themselves needing to pay for most of the features in this app, but the real hero here is the ad removal tool. The ability to remove ads from your apps is pretty cool and welcome in this ad-riddled mobile landscape.

If you find yourself needing a tool that provides the extra features outlined above, though, you can’t really go wrong here. Tenorshare iPhone Care Plus costs $29.95 for the full version and is available as a download with a free trial from their website.