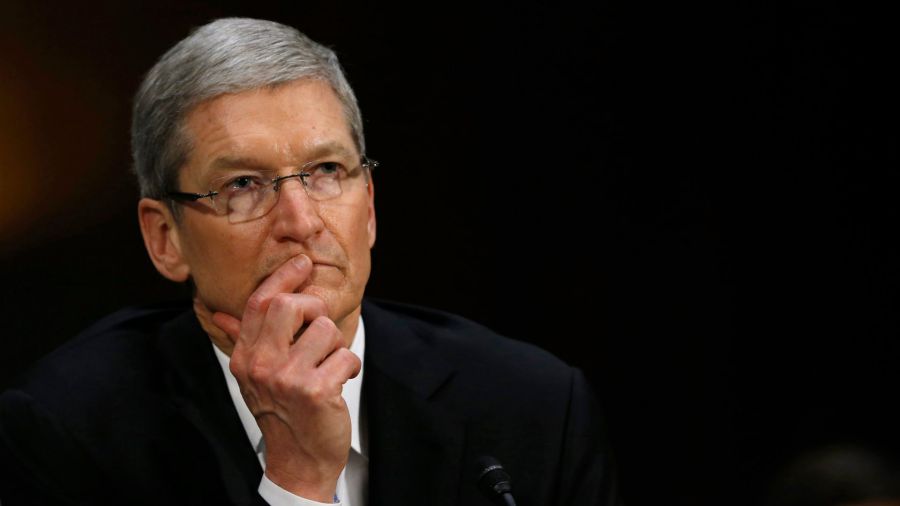 Apple CEO Tim Cook’s pay package has slumped drastically due to decline in iPhone sales. According to a regulatory filing, the annual compensation package of Tim Cook was pegged at $8.7 million for the fiscal year ended September 24. However, if you compare the previous year figures, the currently drawn pay of Tim Cook went down from $10.3 million.

With stress on performance, the cut in the package is mainly attributed to a slump in the iPhone sales for the first time in 15 years. Hence, Apple management decided to slash Cook’s salary to 15 percent. In a statement released to the press, the Cupertino-based company revealed that the decline in the revenue and operating profit is the main reason behind the cut in the salary of Cook and other top executives.

While the revenue slipped by 8 percent to $216 billion, the operating profit of the company drastically declined to 16 percent and reached $60 billion. The main factor for these figures is due to the reduction in the iPhone sales for the first time in the history since 2007.

If you compare the revenue estimates, you will know that the decrease in the annual income happened for the first time since 2001 when Steve Jobs unveiled iPod. Meanwhile, the entry of iPod had opened the stage for the iPhone and iPad. Apple has improved the offerings every year by introducing a broad range of iPhones, iPads, and MacOS laptops.

iPhones sold out fast despite competition from Android

Despite massive competition from Android platform, iPhone sold out like hot cakes in the previous years by generating a huge buzz among the tech enthusiasts. Moreover, the iPhone triggered a massive revolution in the mobile computing arena.

The significant drop in the iPhone sales is mainly due to the huge price when compared to Android counterparts. In the case of Android, you have an excellent choice of various products manufactured by Xiaomi, LeEco, Vivo, Samsung and much more. However, if you want to buy an iOS powered phone, you only have iPhone.

That being said, customers prefer to make use of the older iPhones instead of buying a new phone every year. With more features, the prices will also increase. Even though upgrade option is available, customers don’t prefer them due to various reasons.

In 2014, Apple introduced smartwatch which was introduced into the market with a huge buzz. However, the watch turned out to be a failure because customers were reluctant to buy them for a massive cost.