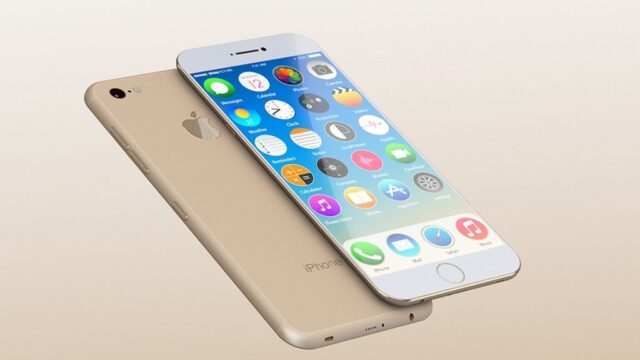 Apple is reportedly gearing up to procure 5.8-inch AMOLED display panels for the upcoming iPhone 8 exclusively from Samsung. Even though there are several months away for the launch of iPhone 8, the rumors have started to flow in. Previously, we reported that Apple is planning to launch iPhone 8 on a grand scale especially with the fact that the Cupertino-based giant will celebrate the 10th anniversary of iPhone in 2017.

According to the latest supply chain report sourced by Digitimes, the upcoming 5.8-inch variant of iPhone will ship with AMOLED display panel exclusively sourced from Samsung. There are reports that Samsung has already started the work. However, the 4.7-inch and 5.5-inch iPhone models will not feature AMOLED display technology. Based on available reports, only 20 million units of the AMOLED display can be manufactured per month.

In all probability, the supply chain manufacturers of the forthcoming iPhone will start production of spares in small batches starting March 2017. After a thorough quality check, the output will increase gradually increase in either May or June.

Recently, Nikkei had reported that Apple is planning to integrate a 5-inch display model in 2017. If Apple decides to go for a 5-inch model, you need not have to expect a 4.7-inch. The main reason for the change is attributed to the changing lifestyle among customers.

Even though there is credible confirmation about the 5-inch iPhone 8, reports states that the company is planning to launch a dual camera type iPhone 7 Plus. However, the camera sensors will be placed in a vertical design. Moreover, Apple is also planning to integrate bezel-less design to accommodate large display.

Meanwhile, Sharp is also planning to hike the stake in Kantatsu for the development of lens modules. Interestingly, Sharp is backed by Foxconn, who manufacture iPhones for Apple. That being said, you can expect more rumors surrounding iPhone 8 within the next few months. Furthermore, Apple is finalizing the designs of the smartphone, and the work is in the final stage.