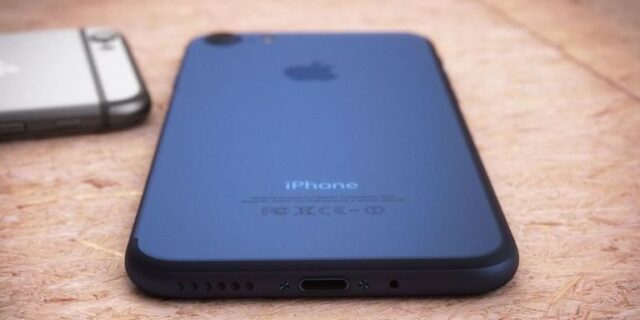 Apple’s expected iPhone 7 release date is mid-September, along with the upcoming iPad Air 3 and MacBook Pro 2016. According to sources, the upcoming version of iPhone 7 is very much on the right track.

Likely to be equipped with a brand new design, the iPhone 7 will sport a new look similar to that of Samsung and LG. Moreover, Apple is planning to release 32GB internal storage variant as default instead of the currently available 16GB, which is very low for users to install various apps.

Kevin Wang, director of market research at respected analyst firm IHS Technology recently revealed that the base model of iPhone 7 would ship with 32GB of storage. In addition to 32GB, Apple will also release 64GB and 128GB internal storage.

iPhone 7 will be available at a lower price?

According to analysts, Apple is considering to release 32GB as default since other competing companies have started to offer 32GB storage smartphones at low cost. Hence, customers are migrating to other Android devices than investing for massively priced iPhones. If Apple wants to occupy a major chunk of market share in the smartphone segment, they should seriously refresh their pricing strategy.

On the design front, Apple is also expected to drop the physical home button on the front of the device. This is evident from the pictures, which recently surfaced on the web that portrayed the layout of to-be iPhone 7 without a home button. If the rumors are to be believed, you can expect Apple to integrate a backlight-enabled software button.

Marek Weidlich, who designs smartphone layouts for companies, has drawn a prototype of the upcoming iPhone 7, which features a curved display without a bezel.

According to reports, Apple is expected to retain the 4.7-inch and 5.5-inch displays. However, there are rumors that Apple will release a 5-inch display instead of 4.7-inch, considering the current market trend.

Meanwhile, Cupertino is also planning to drop the traditional 3.5mm headphone jack to pave the way for the Lightning connector. However, Apple had carried forward the camera bump from the iPhone 6s to the upcoming iPhone 7.

Apple iPhone 7 to come with 256GB of storage?

On the specifications front, the Apple iPhone 7 is expected to be equipped with an A10 chip, OLED display, coupled with the recently announced iOS 10. There are reports that iPhone 7 Plus will ship with up to 256GB SanDisk NAND flash memory chip storage, as revealed by the images from the leaks.

In addition to the above features, the iPhone 7 will also offer a protruding pill-shaped enclosure to accommodate camera lens powered by LinX, dust/water resistant capabilities. Moreover, the device will be designed from a body formed of glass and liquid metal.

Back in 2015, Apple acquired LinX Computational Imaging, which builds advanced camera sensors, which can be used to shoot sharp pictures even in extreme low-light conditions.