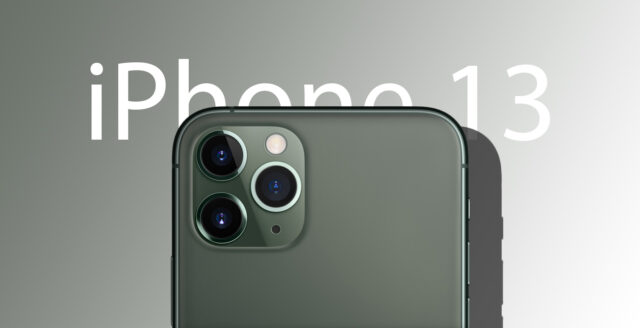 The Apple iPhone 13 is back in the news again, and this time, there is some more information that we know of the upcoming device. That includes a new look for the rear camera cover while the front display will also be getting bigger, among other changes.

To get to the details, the upcoming iPhone 13 is expected to come with the same basic design as Apple will likely continue with the same chassis as the current iPhone 12. That would mean the same flat edges for the iPhone 13 even though it is tipped to be a tad thicker this time, by 0.26 mm compared to the present iteration.

That said, the front display is expected to undergo a revamp of sorts with a better screen-to-body ratio. That would be achieved by reducing the size of the notch, which, anyway, was beginning to look like an eyesore. Anyways, the rumor mills pointed out the notch size would be reduced by relocating the top receiver.

Most manufacturers have moved on to adopt either hole-punch displays or those with just a minimalist notch. Maybe the front display will adopt a 120 Hz refresh rate as well, something that is being rumored to feature in an iPhone device for a few years now.

Moving over to the rear, the camera bump is expected to remain of the same thickness as that of the iPhone 12. That said, things could change a bit so far as the appearance is concerned. For instance, Apple might consider the fitment of a sapphire glass top to cover the camera lenses. This will sort of hide the individual camera lenses to make it all seem like one big camera.

Another point to be noted with the upcoming iPhone 13 is that there will be no delays in its launch this time, as has been the case with the iPhone 12 in 2020. The usual window for iPhone launch is September and expect the iPhone 13 to be official by that time.

However, before that, brace for the launch of the new iPhone SE 2021 which happens to be the smaller more affordable version of the regular iPhone. This time, the iPhone SE 2021 is expected to be launched in April along with the new AirPods Pro 2.