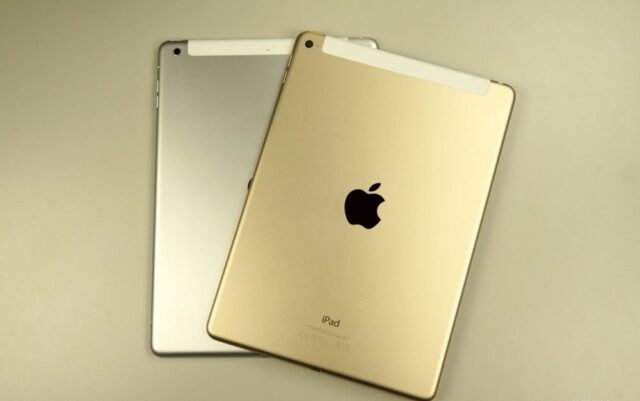 If rumors are to be believed, iPad Air 3 release date is expected to take place in October 2016 along with the upcoming iPhone 7 and 7 Plus. This estimation is based on the fact that all the former iPad Air generations were launched during October. Moreover, the upcoming iPad Air 3 will come with iOS 10 straight out of the box.

Tech enthusiasts expected the announcement of the iPad Air 3 during WWDC 2016 conference, even though it was a software specific event. As industry experts had accurately predicted, the device did not come off the wraps during the WWDC, and therefore we will have to wait a few more months.

On the design front, the iPad Air 3 will be equipped with a Smart Connector, located on the left edge to enable users, allowing users to attach a Smart Keyboard Cover. Moreover, the battery integrated with iPad Air 3 is rumored to be of a massive capacity. You will be able to recharge Apple Pencil by attaching it to the device.

iPad Air 3 will come with Smart Connector: New accessories on the way

The upcoming iPad Air 3 will be thinner than its previous counterpart even though the battery capacity is higher. Moreover, the device will be easy to handle since the rear side will be embedded with an anti-slip material.

According to a review on a popular tech portal, the iPad Air 3 will be manufactured using 7000-series aluminum, similar to that of iPhone 6s and 6s Plus.

Furthermore, a video leaked on YouTube reveals that the iPad Air 3 will ship with a flush camera, 3D Touch support, in addition to enhanced dual bottom-facing speakers.

According to tech analysts, the iPad Air 3 will have a bezel-less display and will offer the same display specifications like the previous models. If Apple integrates OLED display into the iPhone, we can expect the same in the iPad Air 3, although we are not sure about it.

We also expect an enhanced processor and LED Flash camera. Apple iPad Air 3 pricing will start from $450 for 16GB model and will be available in Silver, Gold, Space Grey, and Rose Gold color variants.