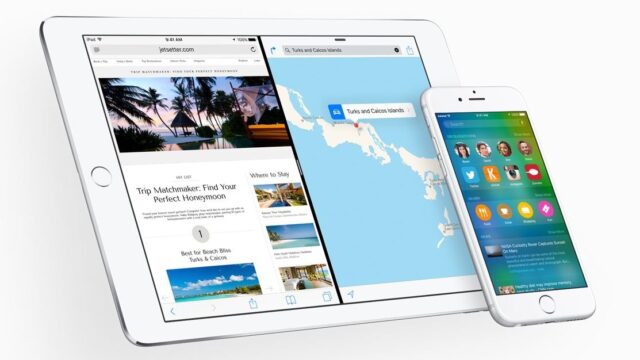 Back on June 9, Apple introduced iOS 9, its newest operating system, at the WWDC. Since then, it has been made available to developers and public beta testers, giving us an idea of what features and improvements to expect when iOS 9 will released later this fall.

Apple’s focus for iOS 9 has been increasing the intelligence of the new OS, to the point that it can learn the habits of users and anticipate their needs. This is most notable in Siri. By swiping left, users can go to “Siri Suggestions,” where people they often contact, apps they frequently use, and information that may interest them, based on the user’s habits, will be waiting for them.

Now in iOS 9, Siri has contextual awareness, meaning users don’t need to be specific with their commands and Siri will still understand what they mean. Siri’s spatial and location awareness is also improved, helping to give the user reminders not only based on time but where they are. The ability to perform searches based on time and location is also an impressive feature of iOS 9.

Many of the apps on various Apple devices will also have increased intelligence with iOS 9. The News app will learn the types of articles you like to read and suggest and organize news stories accordingly. The Maps app can now give directions based on both public transportation and using multiple forms of transportation. Apple Pay will also become a useful tool for iOS 9 users.

Battery life is also an area where Apple has looked to improve in iOS 9. With the new OS, iPhones should have an extra hour of battery life under normal conditions. Also, features that drain battery life can be turned off or disabled via Low Power Mode, which may extend battery life in your Apple device by an additional three hours.

These features, updates, and improvements in intelligence are just the tip of the iceberg for the much-anticipated iOS 9. A beta version is available right now for some Apple users while the official release date of iOS 9 is expected to come in mid-September, despite no official release date.