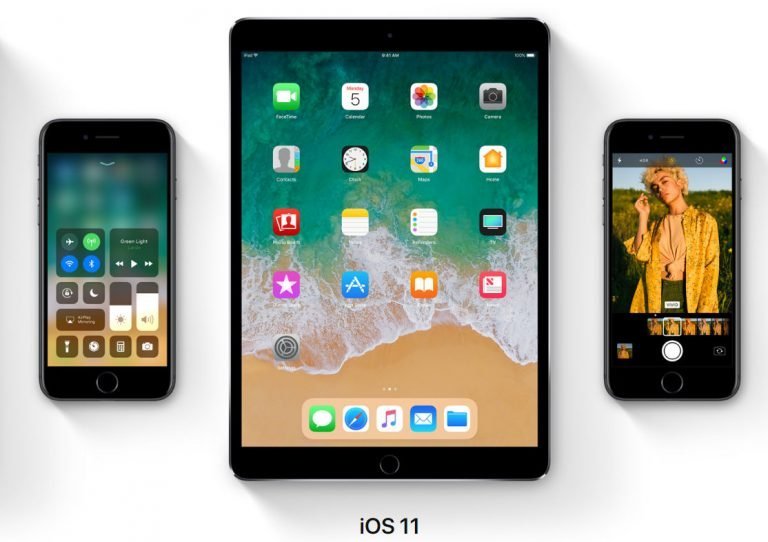 There’s a lot to like about the iOS 10. However, if that made you believe there weren’t much scope for improvement, you are in for a pleasant surprise. For Apple still has found areas to improve and innovate, and how! Read on to find out how the new iOS 11 differs from its predecessor.

Siri was already available to third-party app developers in iOS 10. In the case of iOS 11, the third party API has been widened to include online banking features, QR codes, note-taking apps as well as task management apps. No wonder, all of this will further enhance Siri’s functionality in iOS 11. Those apart, it now uses on-device learning to discover more about the user, something that again will help in making improved suggestions when the user is on a particular app. Further, along with more improved and more natural sounding female as well as male voices coupled to a new visual interface, Siri in iOS 11 also has the ability to translate English into Chinese, French, German, Italian or Spanish using the user’s voice. Also, it works better with Apple Music and can make meaningful song suggestions as well.

In iOS 10, the Control Centre stretches across two screens. And while most of the controls are featured on the main Control Centre, one needed to swipe left for the music playback controls. This used to create problems related to ‘hit n miss’ swipes. This problem has been taken care of in the iOS 11, where all of the Control Centre features on one page. One can also customize the Control Centre and can use 3D touch for accessing many more setting options, both of which were missing in iOS 10.

Maps and Do Not Disturb While Driving Feature

Maps have seen a lot of improvement in iOS 11. The much-desired features of lane- guidance and speed limits have been made integral to the maps. That is not all, you now have interactive multi-story maps of most large malls and major airports around the world as well. Apple has further introduced a new “Do Not Disturb While Driving” feature in iOS 11 which prevents notifications from distracting the user when he or she is driving.

One very exciting feature in iOS 11 is that through Apple Pay Service one can send or receive money from your friends and family. This feature is accessible through Messages and with Siri. The money comes off user’s debit or credit card and goes directly into the Apple Pay Cash account of the recipient and works with the cards which are already linked to the user’s Apple Pay Account. The user then has the options to send money from the Apple Pay Cash account to someone or even make online purchases. One can also link the Apple Pay to a bank account with withdrawal option.

Apple Music in iOS 11 now supports sharing so that you will know the music your friends are tuned to. Similarly, you also get to share playlists with friends as well. Further, AirPlay 2 is a new as well as improved multi-room speaker setup in iOS 11 that lets you use built-in controls and Siri to choose where to listen to music.

The App Store in iOS 11, takes one to the Today Tab, which walks through stories and contents of the apps that may be used. Also, the App Store has a dedicated tap for Apps that shows new apps, recommended apps and hand-picked apps that one should check out.  Further, in this App Store, Apps and Games have their separate categories and this provides for much easier navigation of the same. Similarly, the Game Tab includes key updates, new releases, videos, tips, etc.

The Messages App is full of new features in iOS 11 which includes a more easily accessible app drawer for your favorite stickers and the ability to pay using Apple Pay. There is also Messages in iCloud and this feature automatically helps in synchronizing the user’s conversations across all of his/her iOS and macOS devices. Also, a QuickType keyboard has been introduced which can help the user use the device much more easily with one hand.

iOS 11 has a new app called Files, which is designed to make life easier for power users. Files keep all documents in one easy-to-find place. One can drag-and-drop attachments from Mail or any other app into a particular folder, or create folders to help stay organized. Searching for things like texts, files or folders will also be faster.

As such, one can very well see that the iOS 11 definitely has some great as well as improved features. The worst part of it all is the few months of waiting we got to endure for the version to finally land on our devices. Apple has said the earliest that iOS 11 can be expected is this fall season.