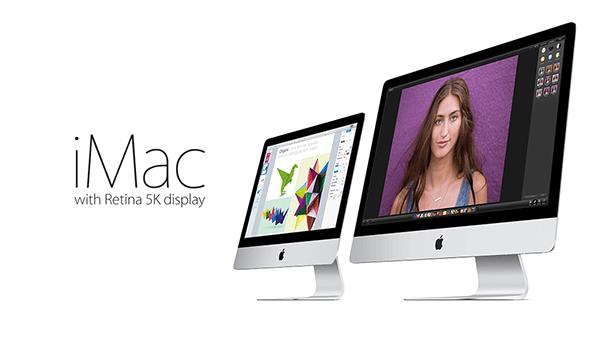 Apple has updated its iMac series by introducing a 5K resolution Retina Display for the entire 27-inch iMac series while 21.5-inch iMacs will now sport a 4K Retina Display. With these enhancements, both the variants of iMac will now have an edge over their competitors, especially considering the image and video quality improvements. It would suffice to say that the iMac would be much more vibrant and impressive from here on.

If you thought it’s just an odd display enhancement, then Apple has more to offer here. Both, the 27-inch and 21.5-inch iMacs models have received a processor boost.

They are powered by faster processors and graphics, two Thunderbolt 2 ports and up to 2TB of Fusion Drive Storage for stock configurations.

Also, the devices now come with four USB 3 ports, so that you can connect various peripherals, including printer, video devices and much more. Both series also boast of a very robust audio performance.

Here is a look at what the specification looks like:

Talking about the Apple Magic Keyboard, it has a built-in rechargeable lithium battery that gets fully charged in about two hours using lightning to USB cable. It also has Bluetooth for wireless connectivity.

The keyboard has a re-engineered scissor mechanism with 33% more primary stability and a much suitable profile for more precise and comfortable typing. As per Apple, this new device takes up 13% less space than its predecessor.

Rounding off the accessory list, the new Magic Trackpad 2 has a force touch and a larger edge-to-edge glass design with 29% more surface area.

You can click here to view the official release from Apple.