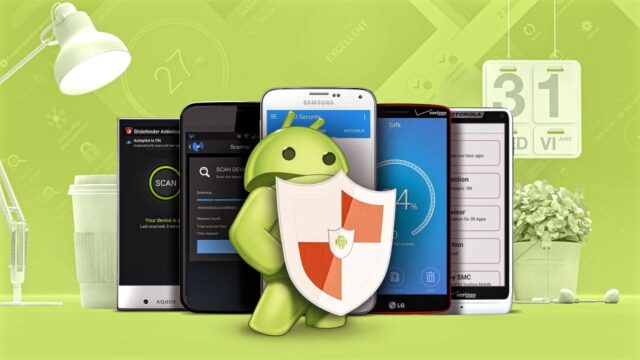 Mobile would seem to be one of the more secure places to browse the internet. There’re tons of viruses on the PC you say. Surely they don’t make viruses for the smartphone too.

Well, before you go browsing those old sites on your smartphone, consider the facts. Android is becoming an increasingly large platform for attackers as its market share has skyrocketed in recent years. Apple’s iOS users are pretty safe on average, similar to their Mac user counterparts, but Android users have always been advised to use antivirus to secure their devices.

As mobile becomes an increasingly bigger market, you can bet malware creators will begin targeting them much more heavily than they already do. That’s why antivirus is so important on an Android device looking forward to the future, and there are a ridiculous number of apps to choose from.

If you’re worried about fake antivirus scanning malware apps like on the PC, don’t worry. We’ll compile a list of real ones for you.

Here, we’ll take a look at ten best Android antivirus apps and why they are worthy of keeping your device safe from intrusive apps and connections. These apps are not necessarily presented in any particular order. Rather, we feel it’s just best to highlight the pros and cons of our top picks without ranking them.

Avast is a trusted name in PC security, and now that protection has been extended to mobile. Avast Mobile Security is so much more than an antivirus app. It has antitheft and GPS phone location as well. Real-time protection and the ability to scan for viruses as well, all for free, make this one a top pick.

AVG may have gone downhill a bit in terms of their PC protection, but their mobile security suite is top notch. AVG offers antivirus, remote wiping, task killing, and monitoring features. Paid users get access to app locking, call blocking, and some other cool features as well.

Bitdefender is a light antivirus option that won’t take up too much of a footprint on your device. It doesn’t offer some of the additional security features of the other apps, but it works like an antivirus, and it does an excellent job of it with real-time monitoring and scanning capabilities.

CM Security was once the best and one of the only options for mobile antivirus. CM has great anti-virus and anti-malware protection and even includes an app locking feature that you may have to pay for in other apps.

Lookout is trusted by Samsung these days as a pre-installed component on their Galaxy S6 series and beyond. The free version covers antivirus, anti-theft, and anti-malware. The paid version adds anti-theft alerts, browsing security, privacy advising, and some minor backup capabilities.

McAfee should be a household name by now since it’s one of the names that comes most frequently attached to the paid antivirus space on the home PC. It’s no surprise then that they would be seeking to expand into the mobile market.

The free and paid versions of this app are almost the same except for a power boosting feature, which doesn’t usually work all that well. The paid version also offers backup services.

If McAfee is in the mobile game, then it shouldn’t be much of a surprise that Norton, the other big name in PC security, would be throwing their hand in as well. The free version includes a lot more features than it used to, including antivirus, anti-malware, remote device locking, missing device alarms, and privacy features. The paid version elaborates on these functions even more.

Dr. Web is an interesting little app. It has become one of the best antivirus apps available on mobile devices from pretty humble beginnings. These days, real-time protection is a staple, as well as monitoring of your external SD card, anti-spam, and anti-theft. It’s also pretty light on system resources/

Avira is an excellent choice for those looking for some nice features. It’s quickly making a name for itself on PC and mobile as an “Avast alternative.” It includes real-time protection, anti-theft, privacy monitoring, blacklisting, and some admin device controls.

Did any of these antivirus apps help you out with your mobile security needs? Please let us know in the comment section below.