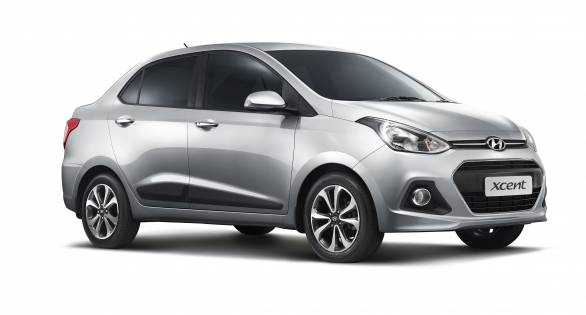 7-11th February, mark it, the appointment dates of all the motor vehicles enthusiasts across the country would converge at India Expo Centre, Greater Noida. The 12th auto Expo a biennially held, extravagant and glamorous event will be playing as a host to leading national and international car manufacturers.

Not a single day passes by when a news of a new four-wheeler or two-wheeler being launched, hits the blogs, business prints, prominent car, and bike websites. The list is adding up a novel entrant each day, totting up the curiosity among masses a prerequisite to pull them all.

Maintaining the heat up in the competitive sub 4-meter sedan category, we have one more addition to make, Hyundai’s Grand i10, ‘Xcent’. Car models from Maruti Suzuki, Ford, Honda, and Mahindra & Mahindra have already buzzing it up and any add-ons further will only intensify the fierce fight for consumers.

Hyundai burnt a lot of midnight oil to get their latest offering ready for viewers at the grand event. Hyundai’s Xcent is an extension of Grand i10 hatch back, tendering petrol and diesel variants. The petrol one is equipped with 1.2-litre engine capable of producing 82bhp and the diesel one with 1.1 litre thrusting at 70bhp.

The Xcent will be available in five speed manual transmission in both the variants while the petrol version has a choice of four speed automatic transmission.

Even if there is an ounce of reality in the rumours airing, then Xcent will be priced modestly at Rs. 5 lakhs. Excited and buoyant on its latest model the company’s MD & CEO, Mr Seo said, “The Xcent is a world class product developed for the Indian market…Xcent symbolises Hyundai’s commitment to Indian customers by offering high standards of quality,”