Apple plans to use Apple Pencil with an iPhone, reveals a patent 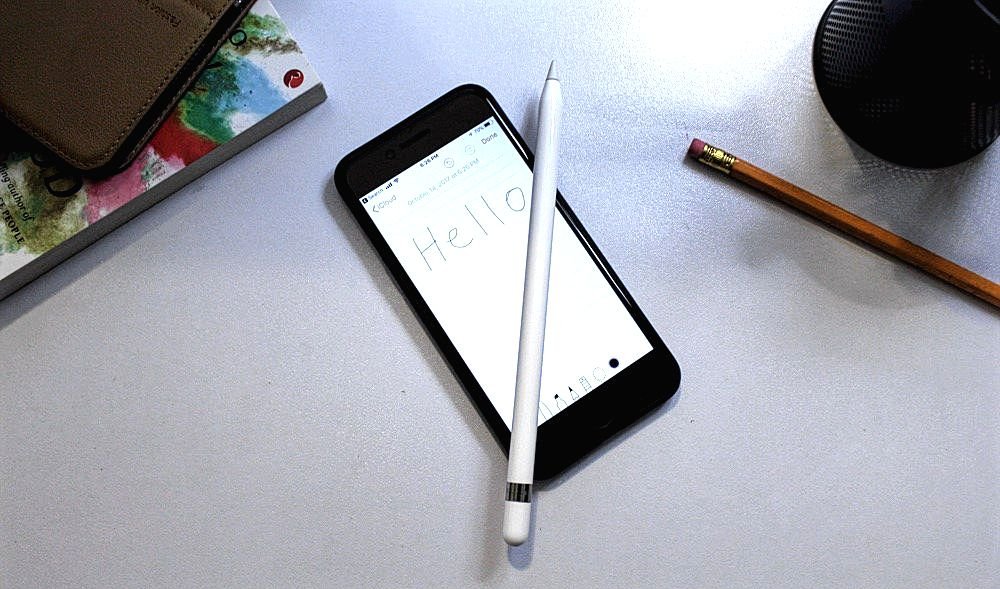 We have already seen a couple of different patents earlier hinting how the iPhone series and the Apple Pencil accessory would work together. There were two patents that surfaced in the month of August mentioning an Apple Pencil and an iPhone. This new patent application, initially discovered by Patently Apple, shows the mechanism involved that would make the Apple Pencil work with a future iPhone. The patent reveals how the touchscreen of the phone will activate smaller sensors in the region where the tip of the Pencil is located, which will provide the precision needed for a Pencil.

One of the images in the patent application shows the iPhone and Apple Pencil having a wired connection. However, Apple has also noted that a wireless connection can be established via Bluetooth, Wi-Fi or any other suitable protocol. Even though Apple patents technologies and inventions, but still not every one of these patents has become a reality. Thus, it is quite possible that Apple is not planning to launch an iPhone Pro. But it is possible that the tech giant could be including some new technologies, like this new patent, in its upcoming iPhones. But still, one will have to wait for Apple to give an official confirmation regarding such a mechanism.

Notably, Apple Pencil was launched in November 2015. It is a digital stylus pen that was designed as an accessory for the iPad Pro. But interestingly, the Apple Pencil does not come bundled with the iPad Pro. The user will have to buy it separately for $99. A good thing about the Apple Pencil is that it comes with pressure sensors capable of doing a wide range of force detection for drawing thin as well as thick lines on the tablet.