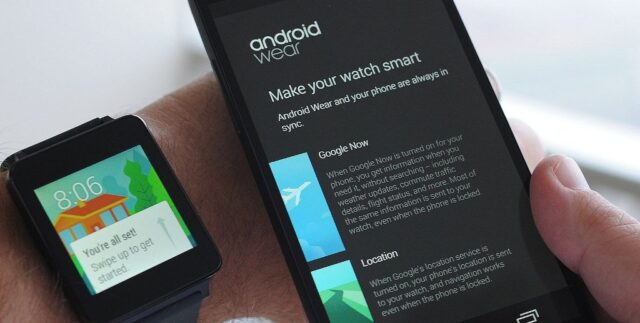 New Delhi – Android Wear will get updates as Google Inc. (NASDAQ:GOOGL) looks to compete directly with Apple Watch of Apple Inc. (NASDAQ:AAPL). The update will launch today and will roll out to other Android Wear in few months. LG Watch Urbane is the first in line to receive the upgrades.

Google might be worried that Apple could potentially overtake them when it comes to smartwatch and other wearable technologies. Google Glass hasn’t been a huge success and all that Google has in its arsenal in wearable technology is only the Android Wear.

It is expected that the updates include a modified ‘always-on’ screen. This is something users have experienced earlier in their Android Wear devices, but the updates will help them use apps and keep them on at the same time. This will make sure that users don’t have to flail their arms every time they want to turn it on.

Another upgrade is that the screen will only be a ‘full color’ one, only when the user is looking at it. This is done to improve the battery performance of it, as one might expect. Also, Wi-Fi support is included in the new upgrades with built-in Wi-Fi connections. This can connect to a network, while at the same time, still receive notification and send messages. Users can also expect to use any apps during this time.

However, perhaps one of the best features of the new upgrades is that it allows you to use the Android Wear, even when arms of the user could be full. With only a flick of the wrist, users can now scroll through new notifications and news.

Moreover, Emoji is also something, which is included in the updates. Users can now draw the outlines of the desired emoticon, which he/she wants to send it to whoever they wish. All that is needed by the user is to draw the outlines, and Android Wear is supposed to work out the rest of the process.