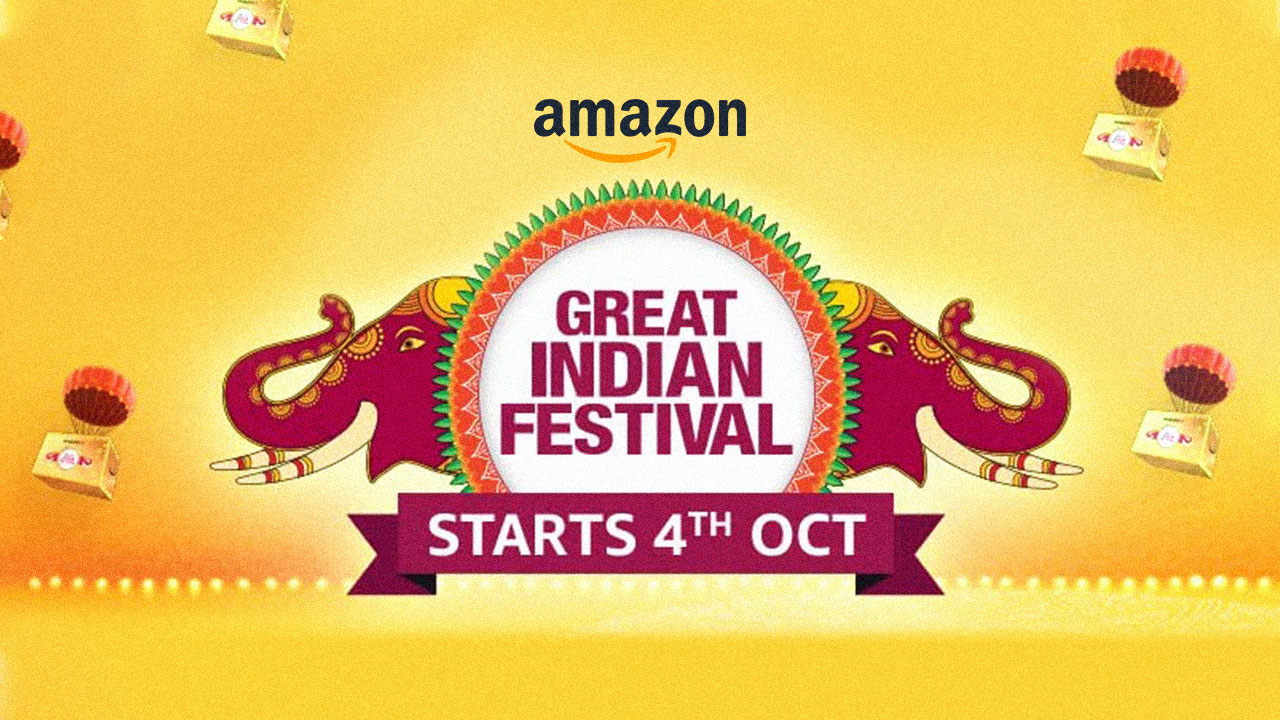 The festival season is here, and the shopping frenzy is reaching its peak. Online retailers Flipkart and Amazon have already announced their mega festive sale of the year. For Amazon, the party begins on October 4, which is three days ahead of the famous Flipkart Big Billion days Sale. Also, unlike the flagship Flipkart sale event, Amazon said its sale will continue for the whole of October, which covers the entire festive month.

During the period, there are going to be exciting new products launched at attractive prices along with discounts provided on existing stuff like smartphones, home appliances, laptops, tablet devices, accessories, headphones, speakers, and whatnot. Almost everything that the retailer sells will likely be included under the purview of the shopping festival.

Details of the deals to be on offer along with everything else about the sale is going to be available on the microsite that Amazon has set up and are dedicated entirely to the Great Indian Festival 2021. For instance, there is a flat 10 percent discount that would apply on all purchases made using HDFC bank cards as well as EMI transactions. As Amazon has put it, Prime members will get to save more, which can be to the tune of Rs. 15,000 during the Great Indian Festival sale.

In fact, the fun begins much earlier than the start of the sale as Amazon announced they would be unveiling the Biggest Deal of The Year on September 26 itself. It is not known what exactly it will have on offer on the said that. The only thing it confirmed is that it is going to be big and would be easily the best deal that the retailer will have on offer for the rest of the season.

Next on September 27, Amazon will be unveiling the Samsung flagship mega sale as well as the Redmi 9A. Then there is going to be the ‘Crazy iPhone deal’ that would be unveiled on September 28. The next day, that is September 29 is going to be dedicated to Oppo, Vivo, and Samsung Galaxy M series smartphones. Expect excellent deals to be announced on these days.

September 20 is going to be when the iQoo smartphone sale is going to be announced. Thereafter, on October 1, Amazon will be revealing the price of what it has billed as the Biggest Sale of the Year. Xiaomi sales too will be announced on the same day, that is on October 1. The retailer has announced deals till October 1 so far and more are coming up later.

Amazon said buyers will be able to shop in their own languages and can make payments using Amazon Pay as well for greater convenience. Amazon’s own devices such as Echo, Fire TV, and Kindle range of devices too are going to be available at discounted rates during the sale period.